Coradia iLint HMUs Prepared For The Next Project Phase 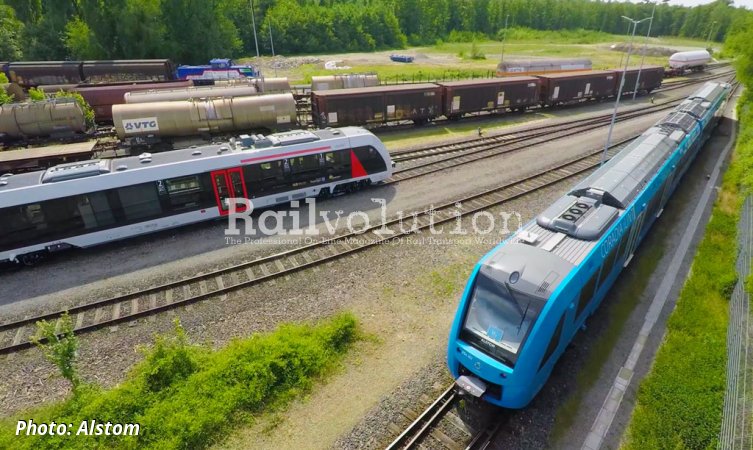 After 530 days and more than 180,000 kilometres, the trial operation of the world's first two hydrogen trains was officially completed at the end of February. Two pre-series Coradia iLints have been in passenger service on the Weser-Elbe Netz since September 2018. Jörg Nikutta, Managing Director for Germany and Austria of Alstom Transport Deutschland GmbH, commented: „We have also obtained valuable data from the trial operation of the fuel cell trains for the further development of the propulsion technology.“

From 2022, Coradia iLint HMUs will replace the existing DMUs at LNVG, which invested in the order of 14 HMUs and 30 years of maintenance and energy supply. Alstom will produce the fuel cell trains for LNVG and will be responsible for their maintenance at its Salzgitter works. The gases and engineering company Linde will build and operate a hydrogen filling station for the batch-built trains near Bremervörde station.

- what was the average availability of the Class 654 HMUs in regular service?

- what is the comparison of the operation cost per kilometer of a HMU versus a DMU?

- do you have a comparison of the operation cost per kilometer of a HMU versus a BMU (battery multiple unit)?

- on which way was produced the hydrogen to be used for the Class 654 HMUs? (what was the mix of types of electricity production used for the creation of hydrogen)?