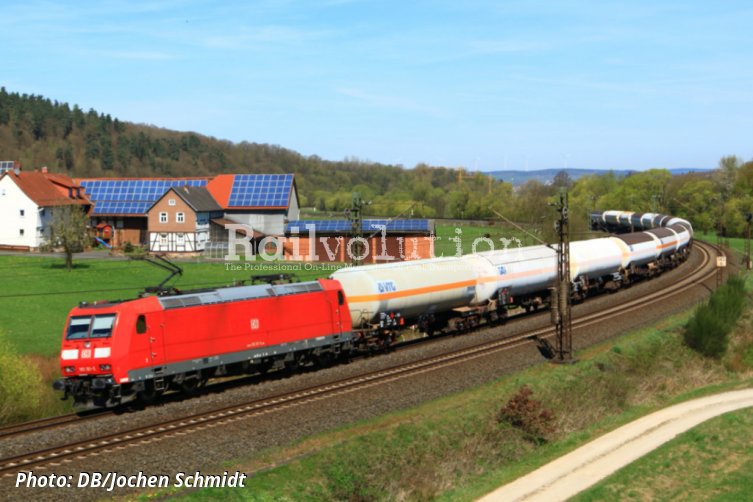 DB Cargo wants to respond to the expected increasing consumption of hydrogen and to the developing methods of its transport by sea with follow-up transports from ports to the hinterland. According to a press release from DB Cargo, the German federal government estimates that by 2030 the annual hydrogen consumption will be around 100 TWh. For comparison, total electricity consumption in Germany is now around 580 TWh per year.

The hydrogen imported to Germany is mostly bound in liquids, which enables its relatively easy and efficient transport by ships and subsequently by rail. Specifically, a suitable method is the transport of ammonia, which is then broken down into nitrogen and hydrogen atoms by cracking. Rail transports of ammonia are common, taking place in special, but routinely-manufactured tank wagons (such as this one) designed for transport under high pressure (calculated overpressure of 26 bar).

In addition, transportation in liquid form has a significantly lower volume requirement compared to the gaseous phase. Due to its high flammability and explosiveness, pure hydrogen must be transported in a deeply supercooled and highly compressed liquid form, which would mean similarly complicated and expensive technology to LNG-carrying wagons. Since the production of two prototypes in 2014 (the only ones on the European market), these have not expanded into batch production.