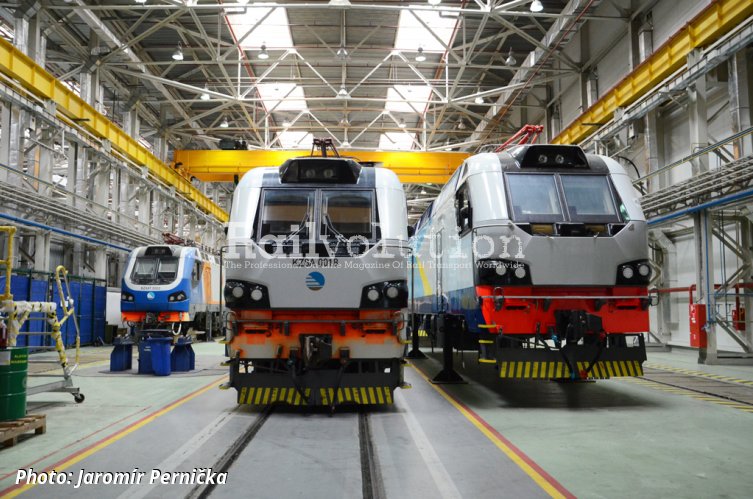 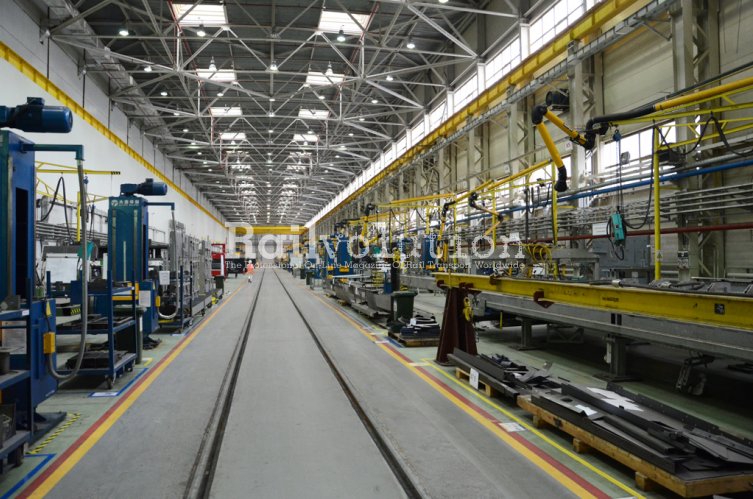 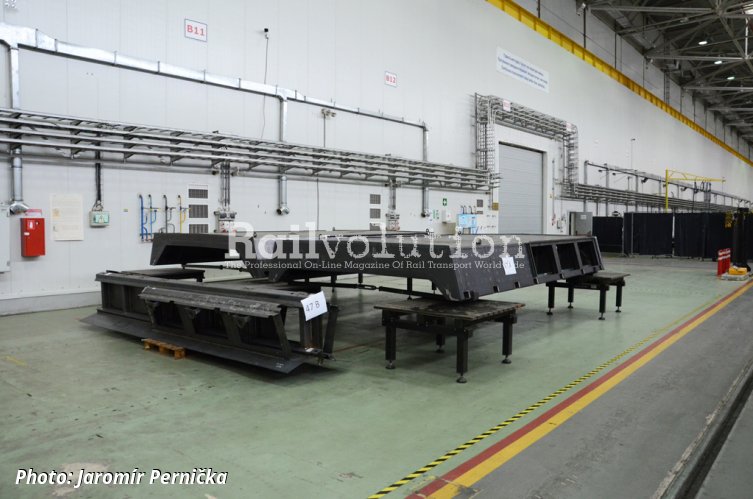 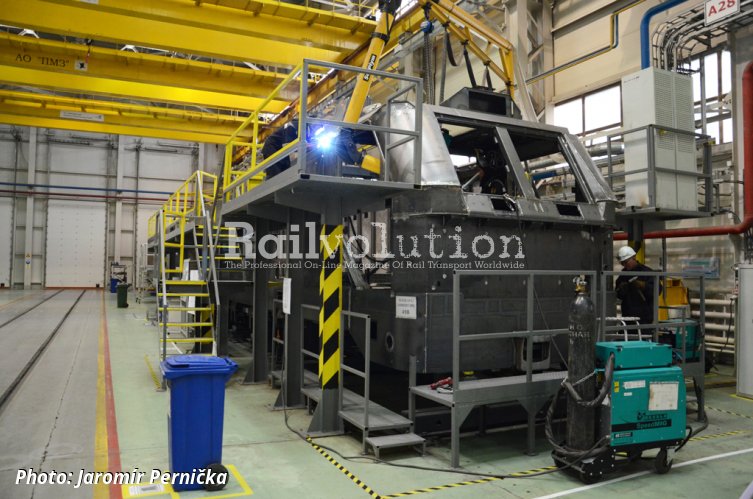 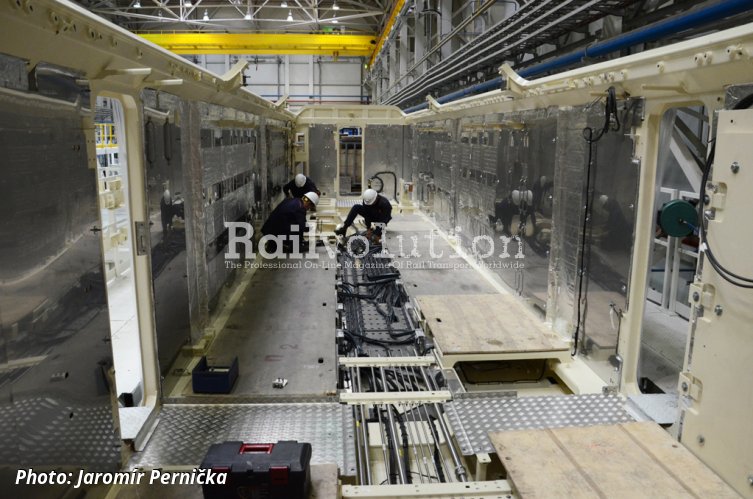 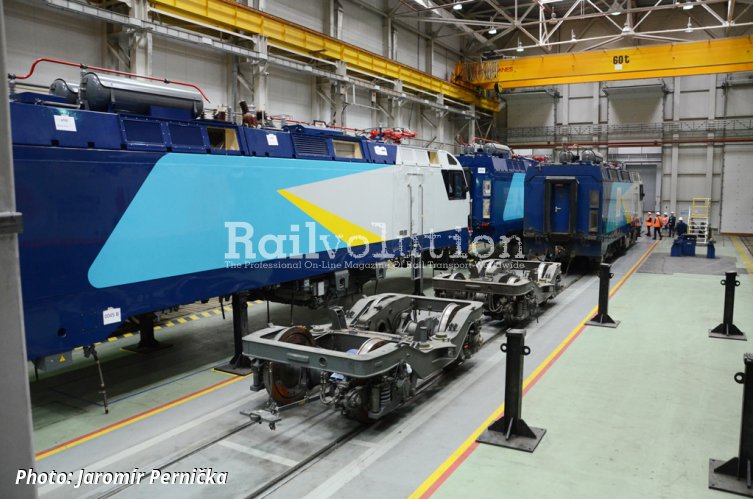 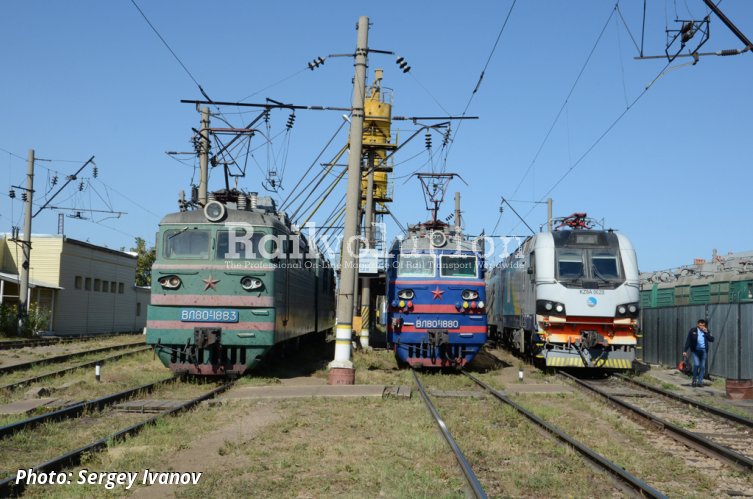 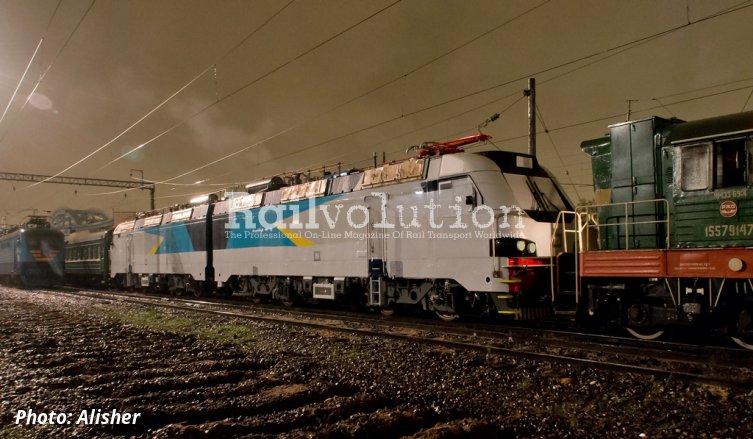 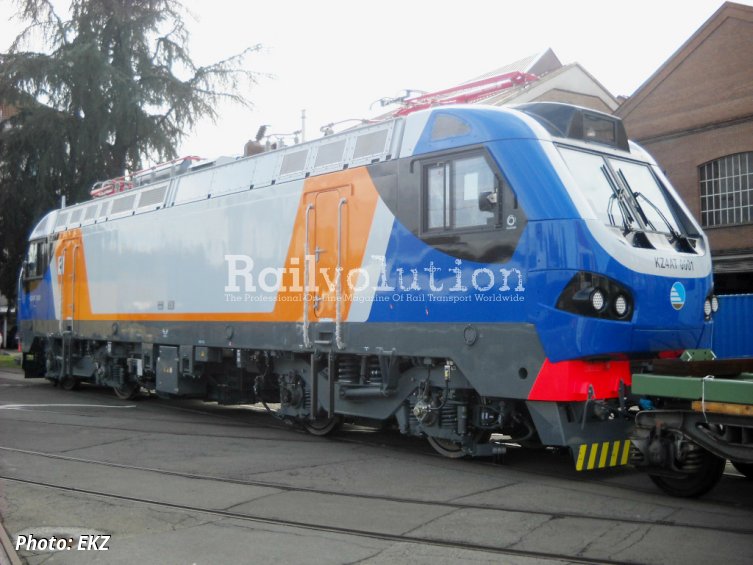 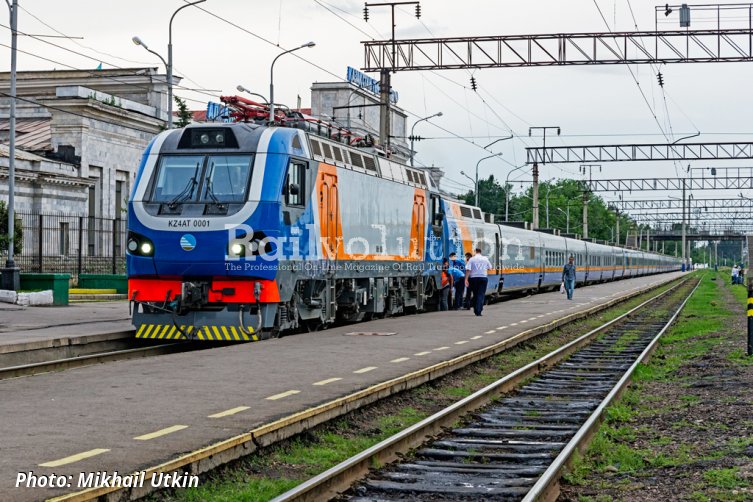 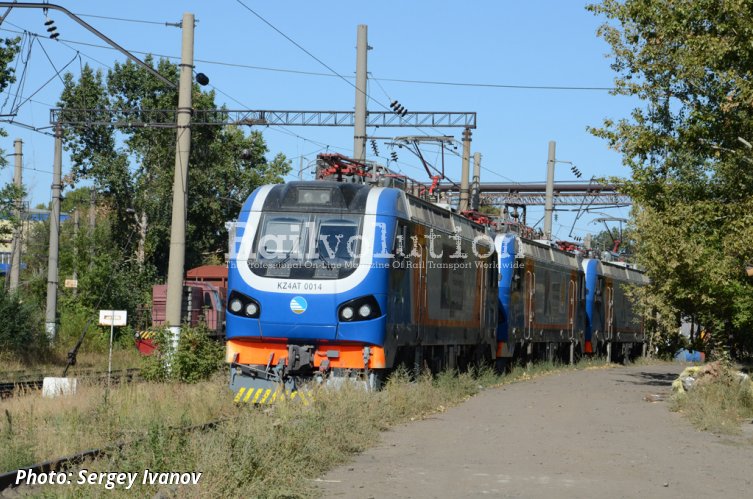 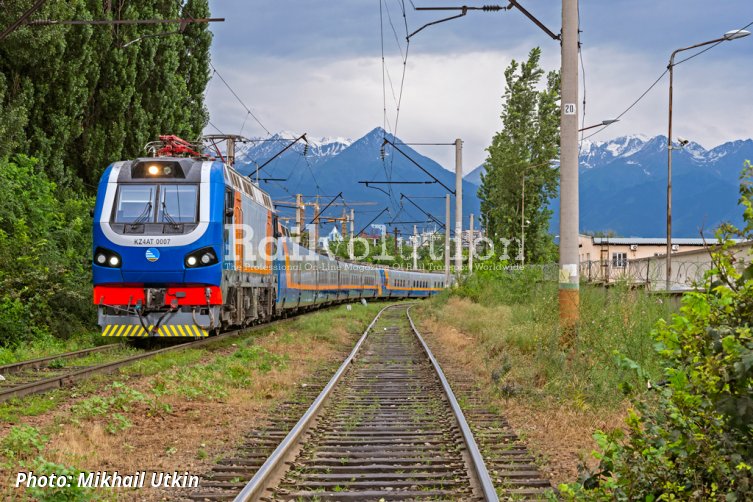 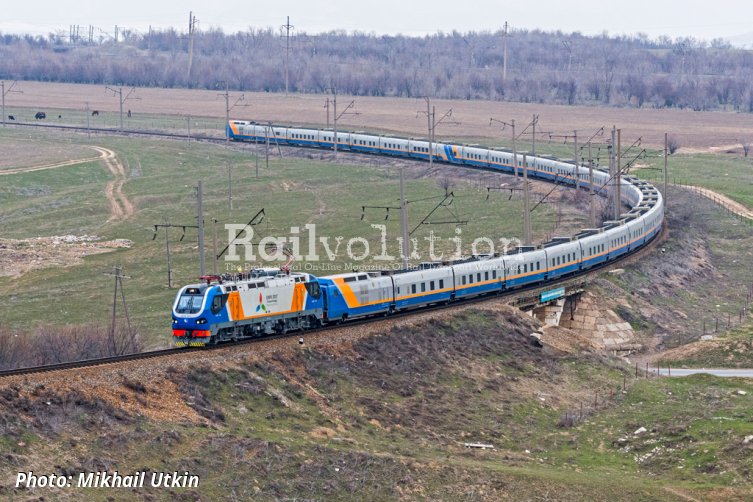 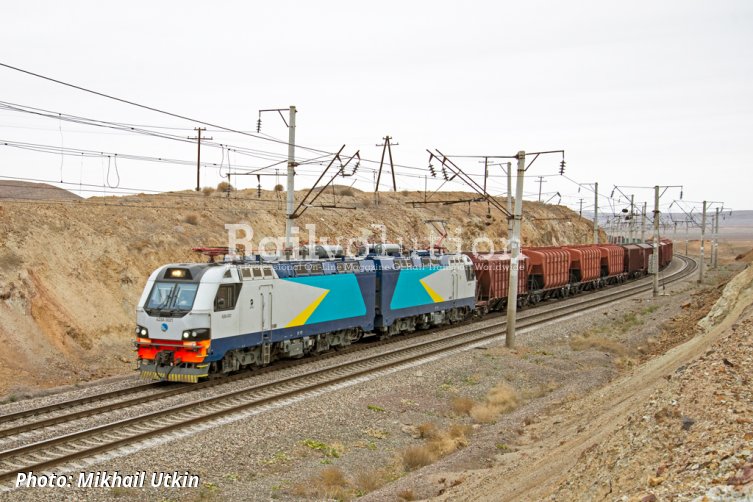 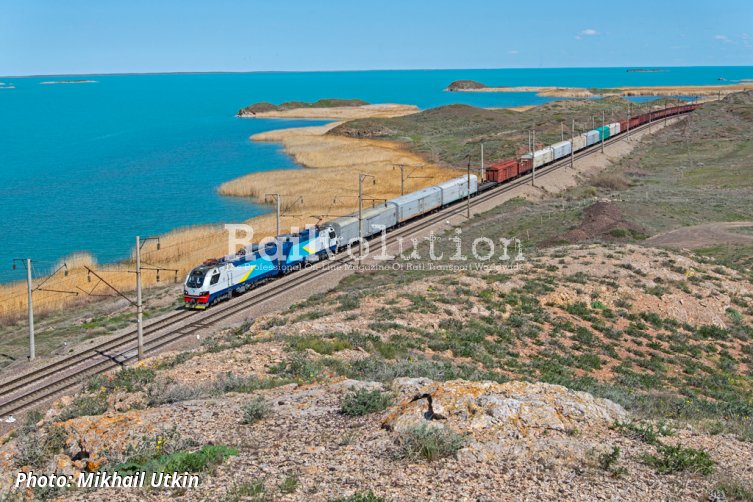 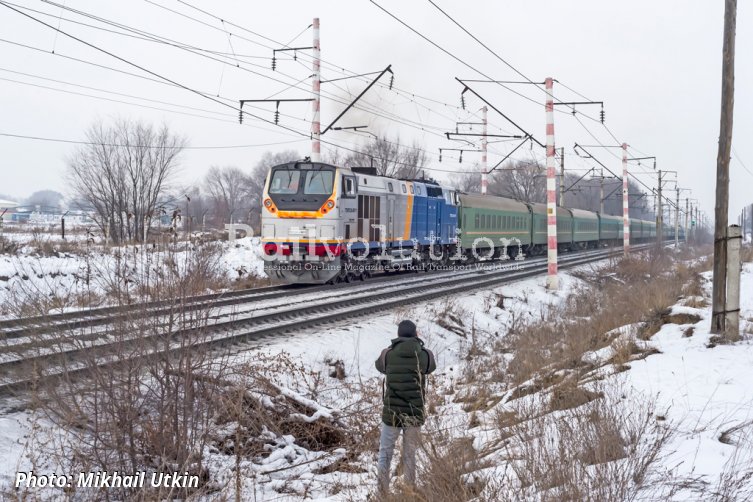 In 2010 the EKZ joint venture was formed by Remlokomotiv (a KTZ subsidiary, with a 50 % share), TMH (25 %) and Alstom (25 %). EKZ stands for Elektrovoz kurastyru zauyty (i. e. Electric Locomotive Building Works). The foundation stone of the new works in Astana (in March 2019 renamed Nur-Sultan) was laid on 26 June 2010, and it was inaugurated on 4 December 2012. EKZ s a purpose-built modern factory with a workforce of around 440, designed for the production of electric locomotives. In addition to building new motive power for KTZ, it is also involved in contracts for locomotives for Azerbaijan.

The first Class KZ8A was handed over to KTZ in November 2013. KZ8A 0001 to 010 were built entirely at Belfort. Semi-knocked down assembly of another 15 locomotives, KZ8A 012 to 025, was realised at Belfort, too, but final specific settings and static and dynamic tests were accomplished in Astana. Under Kazakhstan legislation these 15 locomotives are described as „Made in Kazakhstan“. Final assembly at the EKZ works was introduced in stages, KZ8A 0011 being the first locomotive completed at Astana, using a kit supplied from Belfort.

Production of the KZ4ATs started in 2013 at Alstom’s Belfort works, and by June 2016 KZ4AT 0020 had been delivered from there. This was the 14th to be built there during 2016, and the 20th machine to come from Belfort. At that stage the EKZ works was preparing to assemble the KZ4ATs itself, this planned to start in late 2016 with KZ4AT 0021. In 2017 it was planned to deliver seven KZ4ATs to KTZ, but this has been delayed, and the assembly of KZ4ATs by EKZ started in 2018. By early October 2017 44 Class KZ8As and 20 Class KZ4ATs were in service. The KZ4ATs are all based at Nur-Sultan depot.

In February 2016 Alstom signed an agreement to become EKZ main shareholder by buying 25 % of the shares from KTZ. This became effective since December 2017, making Alstom majority stakeholder in EKZ with 75 % shares. In the same month, the locomotive supply agreement and related maintenance agreements were amended to increase the scope of delivery and maintenance up to 302 Class KZ8A and 119 Class KZ4AT locomotives. On 22 December 2017 Didier Pfleger, Alstom Senior Vice-President for Middle-East and Africa, stated: „By increasing once again Alstom’s share in EKZ, we show our confidence in the attractiveness of Kazakhstan and we contribute to the development of new expertise and skills locally to address not only Kazakhstans needs but also regional ones.“

However, this enthusiasm now seems to be over-optimistic... because the original plans to supply 295 Prima locomotives by 2020 failed, main reason being the deteriorated exchange rates of Tenge and lack of money at KTZ. Thus so far only 20 Class KZ4AT passenger locomotives were built (all at Alstom Belfort) and slightly over 50 Class KZ8A freight locomotives were delivered, with only four locomotives manufactured in 2018, KZ8A 0045 to 049. One of the operational results of this is that KTZ is lacking the modern locomotives and for example uses the Class TEP33A Evolution diesel locomotives for hauling the passenger trains on electrified lines.

Moreover the Class KZ4AT express locomotives still has not been authorised for 200 km/h running in Kazakhstan, and are still allowed for only 140 km/h. The reason is a bit complicated. Originally the Class KZ4ATs were subjected to what is known as voluntary certification („dobrovolnaya sertifikatsiya“), which enabled their use in just three Customs Union („Tamozhenny soyuz“, TS) member countries, Kazakhstan, Belarus and Armenia. However, for use in Russia they have to obtain what is described as obligatory certification („obyazatelnaya sertifikatsiya“). In the past it was necessary for the Class KZ4ATs to achieve only 140 km/h + 10 % (154 km/h) during voluntary certification testing.

However, starting in August 2016 obligatory certification of new vehicles became compulsory in Kazakhstan. The Class KZ4ATs are now being subjected to further certification testing by the new Kazakh authority, KazTsSZhT. This certification testing is realised in compliance with the TR TS 001/2011 standard (Tekhnichesky reglament Tamozhennogo soyuza, Customs Union Technical Regulation), which means that the KZ4ATs have to be certified for their design speed of 200 km/h, so the certification acceptance tests have to be done for 220 km/h (200 km/h + 10 %).

However, the current state of KTZ’s rail infrastructure does not allow any vehicles to exceed 200 km/h. On the KTZ network the maximum feasible line speed is 160 km/h, this only possible on some sections of line between Karagandy and Berlik-2 (in northwest Kazakhstan). So far it is not known whether any line on the KTZ network is to be built or upgraded for 220 km/h running. As a result, the Class KZ4AT has not been authorised for 200 km/h running in Kazakhstan and has not been re-certified in accordance with TR TS 001/2011. The only example of the class to have reached 200 km/h is KZ4AT 0012, on the Mojynty - Kiik line, on 14 July 2016.

Since the KazTsSZhT is a member of the Customs Union accredited certification bodies, and can issue a TR TS certificate of conformity, the new Kazakh certification and re-certification will enable the KZ4ATs to operate not only in Kazakhstan, but also in Belarus, Armenia and also Russia, without any further testing being necessary. However, this has not yet been achieved.

We asked Alstom:
1) What will the company do with the situation that KTZ does not take more locomotives of both classes?
„The planning execution of our project is based on a confidential discussions between Alstom and its long-term partner KTZ. To date, 53 KZ8A Freight Locomotives and 20 KZ4AT Passenger locomotives have been delivered to KTZ.
Alstom has signed a firm contract to provide 302 Prima T8 Class KZ8A freight locomotives and 119 Prima M4 Class KZ4AT passenger locomotives to KTZ. This contract brings insurance on long term workload to the factory of EKZ.“

2) When do you expect the completion of deliveries of all 421 locomotives for KTZ?
„Alstom adjust its production plan with the operational customer needs reviewed on yearly basis. The maximal capacity of the plant is up to 100 sections per year. So far, EKZ plans to assemble the last KZ8A locomotive in 2030.“

3) Is it truth that it is planned that EKZ will offer Class KZ8A locomotives for the Russian market?

5) What are the newest EKZ plans regarding the certification and production?