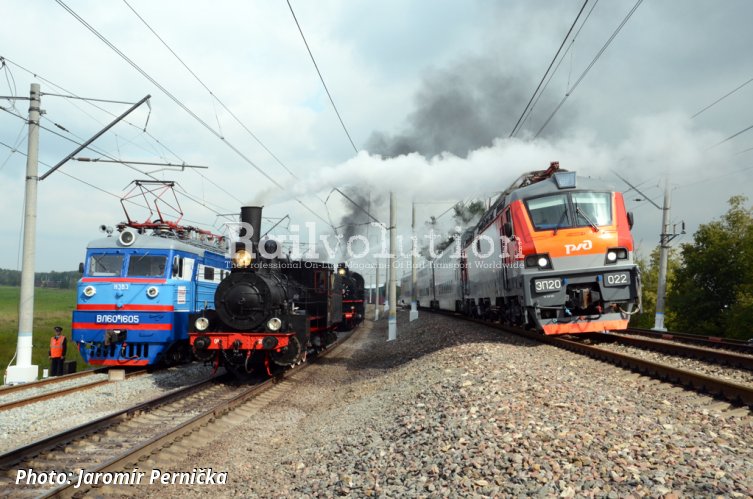 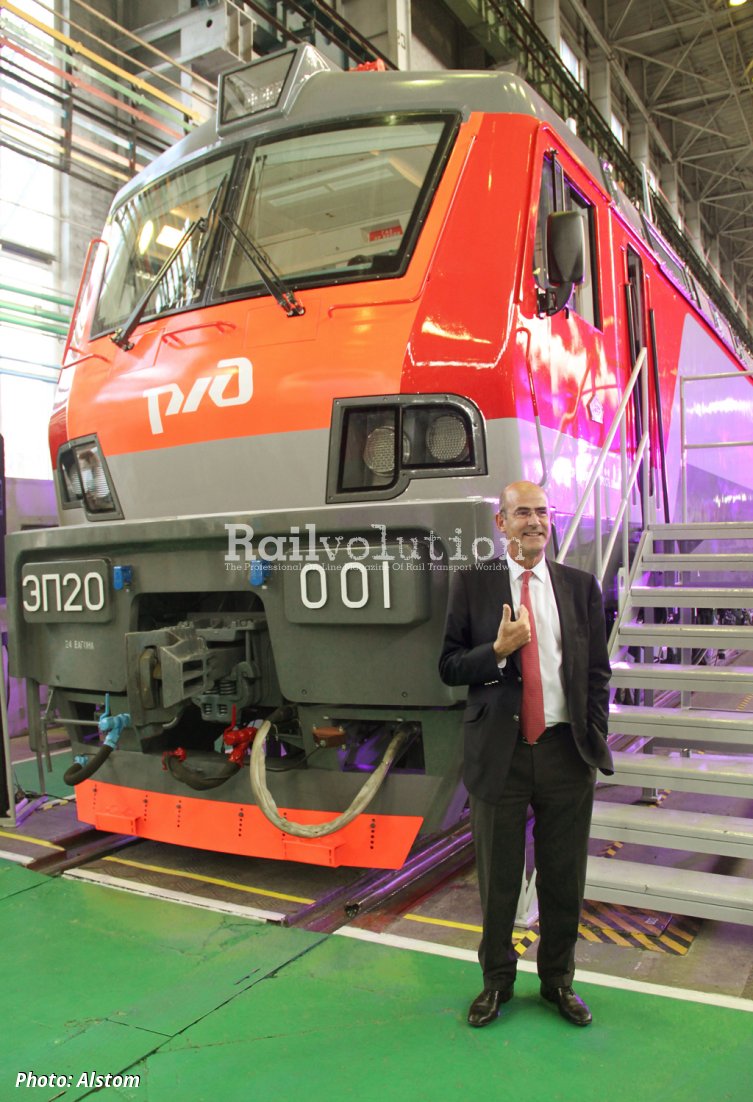 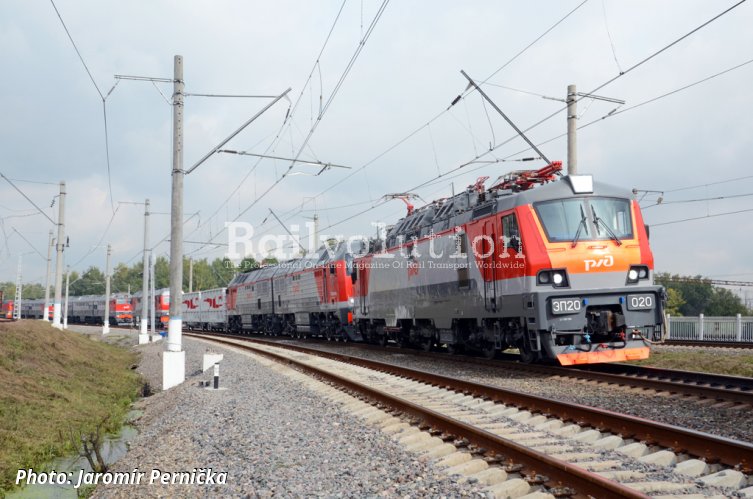 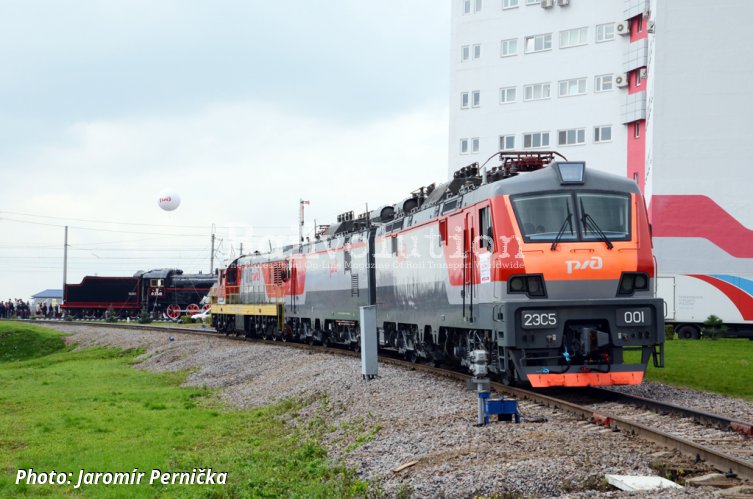 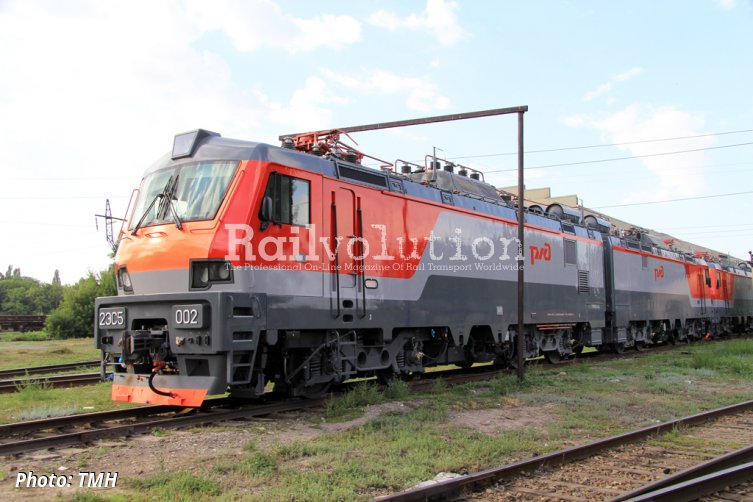 In previous articles focused on the supply of Prima locomotives for broad-gauge railways we described the situation regarding India, Kazakhstan, Azerbaijan. Locomotives for the latter two countries are (were) produced at the Belfort and EKZ factories.

EKZ was also engaged in more new potential developments. These involved the development of a 3 kV DC locomotive for Georgia, and a dual-voltage (3 kV DC/25 kV AC) mixed-traffic locomotive for use in Ukraine. Alstom saw the potential contracts for both countries involved up to 350 locomotives being built by 2025. However, given the current state of affairs with UZ, the plans involving Ukraine appear to be slightly over-optimistic.

One of the next stages in UZ’s fleet modernisation programme took place on 19 September 2018, at InnoTrans, when Alstom and UZ signed a MoU under which they would collaborate on the acquisition and maintenance of electric locomotives. UZ is planning to acquire 495 new locomotives over the coming ten years. Of these some will be 3 kV DC or 25 kV AC machines for freight duties. Some will also be dual-voltage (3 and 25 kV), and some of these will also be intended for passenger services. The manufacturer of these locomotives is also bound  to a 25-year maintenance agreement.

Under the agreement Alstom will also be obliged to provide all the necessary documentation, see the locomotives through their authorisation procedure, and endeavour to maximise the local production within Ukraine. No indication has yet been given of the financial value of the proposed contract. And apparently no definitive contract was signed so far. We therefore asked Alstom how does progress the Ukrainian agreement in the last 1.5 years? Despite our reminders, Alstom did not answer this question.

In late February 2020 the adviser to the Minister of Infrastructure of Ukraine, Viktor Dovgan, stated that in two weeks, an invitation to tender will be announced to select a supplier of electric locomotives for Ukrzaliznytsia. He also expressed the hope that a joint venture would be created in Ukraine with one of the world leaders in the production of locomotives. Expected is the participation of Alstom, Siemens and CRRC. As reported earlier, CRRC Datong intends to offer the locomotive based on the Classes BKG1 and BKG2 built earlier for Belarus.

At the same time, Dovgan clarified that other companies can also show their interest to supply locomotives - there are no restrictions on this issue. The competition is to be announced by UZ, there is an idea about the purchase of 205 mainline electric locomotives, 135 of them for 25 kV 50 Hz. The purchase of new locomotives will allow UZ to haul all the trains of iron ore, coal and grain, exported both to western crossings and to ports.

Moreover Dovgan said that at present UZ is negotiating with the Export-Import Bank of the United States on financing the purchase of a second batch (between 20 and 40) of Class TE33AS diesel locomotives. It is anticipated that by the end of 2020, or in early 2021, delivery of the new Evolutions will start. The last five locomotives out of 30 of the first batch UZ received in February 2019.

The above mentioned EKZ (Alstom) idea of contract for Georgian Railways is meantime also only a history. However, the same applies to the contract with CRRC signed on 4 October 2016, when Georgian Railway agreed with the Chinese manufacturer about a purchase of 28 freight two-section locomotives and building a factory in Tbilisi as a joint venture also to produce locomotives to be exported to Ukraine, Azerbaijan, Iran, Turkey and EU countries.

And, like in Kazakhstan or Azerbaijan, other broad-gauge Alstom contracts for Prima locomotives have not yet been fully met. Apart of the contract for 800 Class WAG12 locomotives for Indian Railways, where there is now at least a two-year delay in deliveries, the earlier contracts for RZD are much worse.

In 2010 RZD ordered 200 Bo’Bo’Bo’ dual-voltage Class EP20 passenger locomotives (later named Olimp) with a maximum speed of 200 km/h to be delivered by 2020. They were developed on basis of the Prima II locomotives during 2010 - 11 by TRTrans (Tekhnologii Relsovogo Transporta, Rail Transport Technologies). This is a Moskva-based joint venture between Transmashholding (50 %) and Alstom (50 %), created under an agreement signed in early 2009. TRTrans’s branch for developing motive power projects is situated at Novocherkassk, and was established in December 2010.

The Class EP20 locomotives are being assembled at NEVZ using components from Alstom or manufactured by a second joint venture called RailComp. By February 2020, only 72 Olimps had been produced (with EP20-072 in December 2019), and RZD now assumes that they will take the rest of the batch sometime by 2025.

Even worse is the situation at the Class 2ES5 two-section 25 kV 50 Hz freight locomotives (later named Skif), also produced by NEVZ. In May 2011 an order for 200 Bo’Bo’+ Bo’Bo’ locomotives was awarded to Alstom and TMH by RZD, with deliveries scheduled until 2020. However until now only five Skifs were produced - 2ES5-001 and 002 in 2012, 2ES5-003 to 005 in 2014 and 2015. Since then, there is no talk of continuing manufacturing this class. And the intention to purchase 200 Class 2ES20 two-section dual-voltage  freight locomotives was also forgotten.

Instead, TMH is now developing the Class 2ES5S and 3ES5S versions using the largest possible share of domestic components (and therefore achieving lower price), which following their approval will start a batch production. In this way, the Class 2ES5 and 2ES20 locomotives, based on the Prima family, are in Russia in a situation similar to the TRAXX RU machines that Bombardier since 2013 planned together with the Russian companies to produce at the new PLK works (Pervaya lokomotivnaya kompania) in Engels. This project ended with the production of two 2EV120-001 and 002 prototypes, because neither RZD nor private operators showed interest to buy this type.

On the contrary, Uralskie lokomotivy, a Sinara/Siemens joint venture established in 2010, has in the meantime managed to produce 1,000 Class 2ES6 Sinara locomotives and 166 Class 2ES10 Granit asynchronous locomotives.

To sum up, over the last decade, only 172 of the intended 1,071 Prima-based locomotives for the 1,520 mm gauge have been produced, or approximately only 16 %. This means, of course, less workload of the factories concerned (not only the assembly works but also those supplying components) and, last but not least, the corresponding shortfalls in Alstom's planned financial revenues for the last ten years.

Moreover, these substantial export orders require that a large share of the construction must take place in the countries for which the locomotives are destined. The result has been that the Belfort plant has been left with the work of supplying the first few machines of each batch. In addition to this, the new Prima electric locomotives have not been sold on the European market for many years, and Alstom has left the field to its competitors, Bombardier and Siemens, and their TRAXX and Vectron (or Smartron) locomotives, which now completely dominate the western and eastern European countries in this segment of vehicles.