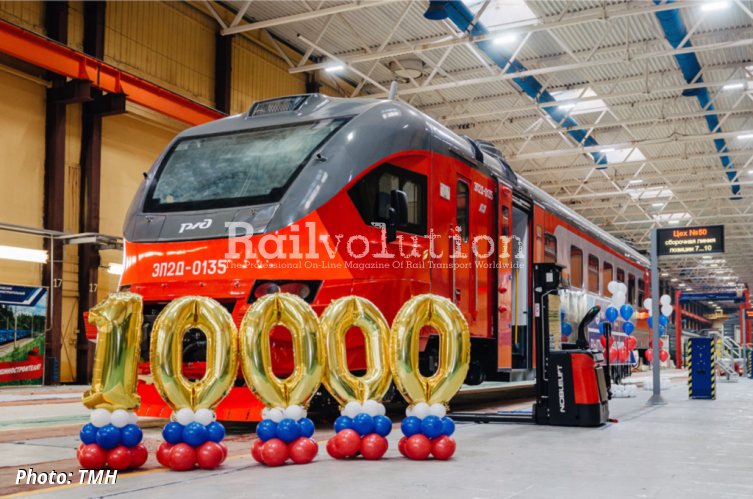 On 10 December 2020, DMZ of Orekhovo-Zuyevo (around 90 km east of Moskva) celebrated the 10,000th car built for EMU in its history. The car in question was an end car for EP2D-0135, one of a batch of the 3 kV DC EMUs built for RZD, whose construction has been completed in November.

The first suburban EMU left the DMZ works exactly 28 years ago - in December 1992. To date, the company has developed 22 types of rolling stock, mostly of EMUs. Annually DMZ produces up to 500 cars for the 3 kV DC and 25 kV AC trains, confirming its position of the largest manufacturer of EMUs in Russia and the CIS countries.

Its current production is represented by the Class EP2D and EP3D units, mainly ordered by TsPPK and RZD. These trains are used not only in Russia, but also in Armenia and Kazakhstan.