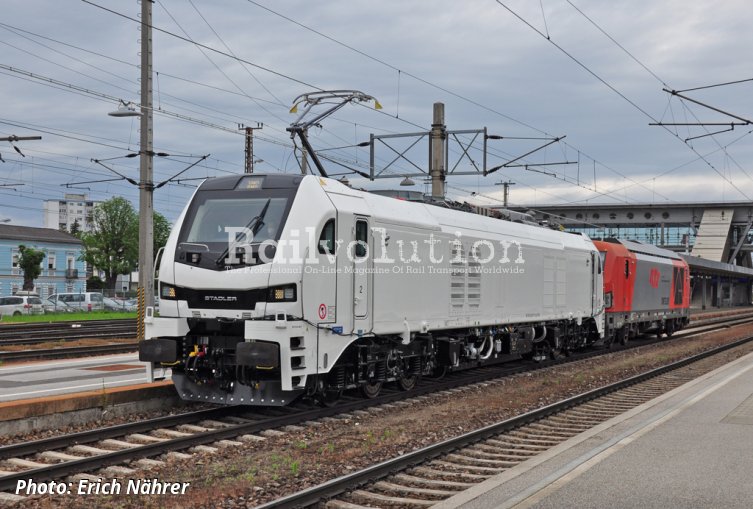 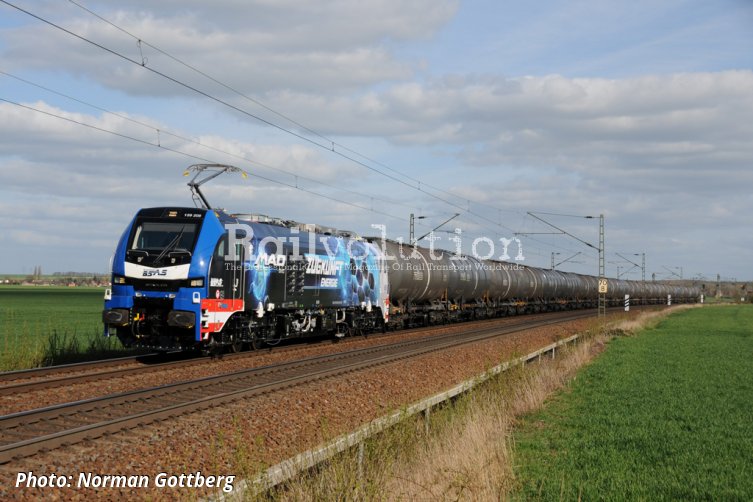 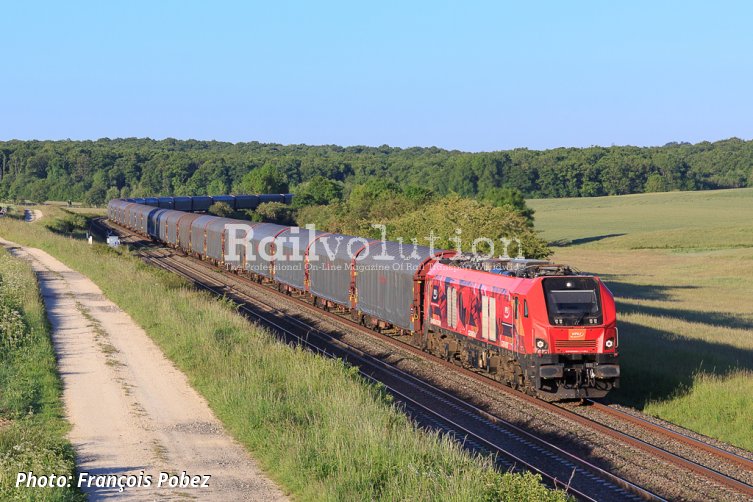 One of the ELP EURODUALs, 159 207, started on 12 May test program in Austria. The reason is to undergo measurements of impact to the infrastructure, with the goal to achieve the approval for operation in this country. These tests are planned to last for about three weeks. Customers of ELP want to start EURODUAL operation in Austria before the end of 2020. Therefore ELP plans to upgrade all locomotives in the „German version“ delivered so far and in the future so that they can be operated in Austria, too.

Initially it was planned to realise all these measurements for EURODUAL earlier this year, but the program had to be changed on account of the impacts of the coronacrisis. Main target of the customers in Austria is to be able to haul heavy trains, such those loaded with fuels, timber, iron ore and steel coils, without need of multiple traction and furthermore to be able to move them on non-electrified „last-mile“ sections and to fulfill the shunting tasks without a shunting locomotive. As all the EURODUALs are fitted with remote control, the driver can provide also shunting with the locomotive at start/end points of the train route.

In April 2019, ELP has awarded Stadler with a frame contract for 100 Co’Co’ locomotives. So far the firm contracts were placed for 28 EURODUALs equipped for operation in Germany and Austria, for another two for operation in Sweden and Norway and for ten EURO9000 locomotives.

The Scandinavian locomotives have fully passed all required tests, including winter testing, and authorisation both in Sweden and Norway is supposed to be granted in July 2020. The locomotives underwent the test operation on Green Cargo services and this operator will also hire them further following the approval.

Therefore by early June, number of locomotives put in service in Germany will increase to eight. As BoxTango is not a licensed operator, it uses its 159 206 in cooperation with HSL Logistik. EBA authorised EURODUALs of HVLE for operation in Germany on 12 February 2020, followed by the approval for the ITL and ELP locomotives in March. ITL therefore put them in service on 18 March, followed by those of ELP in early April.

Further 12 locomotives, for which leasing contracts are already signed now, are to go to five various lessors. One of them is BSAS again and other four will be new ones, based not just in Germany but also in Austria. And further leasing contracts are supposed to follow soon, one agreement for leasing of four locomotives is supposed to be signed until end of May, followed by another lessor closing contract for two EURODUALs in the first half of June.

This will result in 26 locomotives of the German version leased to nine various operators, with only two of those ordered by ELP so far remaining without a customer at this moment. All these remaining 20 EURODUALs of those, which ELP already ordered from Stadler, are scheduled for delivery between December 2020 and May 2021.

For all the EURODUAL/EURO9000 locomotives ordered ELP awarded asset management together with ECM I (Management function) and ECM II (Maintenance development function) to the München-based RCM Rail Care and Management, which also is their vehicle keeper. Therefore, all the ELP's EURODUAL/EURO9000 locomotives are and will be registered as D-RCM, however ELP is still their owner. The ECM III and ECM IV tasks are contracted to Stadler Rail Service which is able to provide an all over Europe maintenance network.

The progress of contracts goes well therefore, supported by an important fact that the locomotives can now be seen in revenue service in Germany and were awarded with an approval in Germany, with Austria to follow later this year. Willem Goosen, ELP Chief Executive Officer, is therefore confident that all the options, totaling in 100 locomotives, will consequently turn to firm order until 2023.

ELP is ready to offer full service contracts, while the lease rate is a base price and additional variable fees are based on mileage and on diesel operating hours. In addition to this, ELP offers an innovative insurance package, special customer livery and logos, included in the lease rate and some additional operational services.

As it is well known, there are also customers, which ordered EURODUALs outright: Havelländische Eisenbahn (HVLE, 159 001 - 010), ITL Eisenbahngesellschaft (159 101 – 104) and Körfez Ulastirma (seven locomotives). The only EURODUAL in the 1.5 kV DC/25 kV AC voltage version is operated by Voies Ferrées Locales et Industrielles (VFLI), in France only.

EURO9000s will be the quadruple-voltage locomotives with an output of 9,000 kW in electric mode, with the possibility to be designed as a purely electric version or to be fitted with one or two 950 kW diesel engines. All ten ordered by ELP will have two diesel engines. Of these, contracts for rent of three locomotives with Dutch operator Rail Force One have so far been signed.

The EURO9000 prototype is now in the manufacturing phase and it was planned to show it at InnoTrans 2020. ELP and Stadler now believe to be able to present it at the same show during its new April 2021 date. The start of deliveries to ELP, being the launch-customer of the EURO9000 locomotive, is scheduled for the third quarter of 2022.

Its weight, according to the information from Stadler, is supposed to be similar to that of EURODUAL, i. e. around 123 t. As EURO9000 is to be mounted on the same type bogies like EURODUALs, the quasistatic lateral force (Yqst) will be the same. For EURODUAL this is 57 kN according to the homologation procedures in Germany.

Authorisation for the EURODUAL locomotives of the German version for the countries outside Germany and Austria can be considered in the future, however this needs to be evaluated by ELP and Stadler, so that costs and effort required for approval in each new country will find benefit.

Moreover the design limits the locomotive to just some countries. Stadler responds, that „We have developed the EURODUAL with the configurations 1.5/25 kV for France and 15/25 kV for Germany, Austria or Scandinavia, or only 25 kV for Turkey because the orders have come from there. We have not developed the EURODUAL with diesel engine and three voltages or even only 3 kV because we have not had requests in that configuration but it is possible.“ Stadler indicates that such requirements are to be fulfilled rather by the EURO9000 design.

The current EURODUAL is optimised for operation in the countries with large non-electrified areas as in Germany and Scandinavia. The aim of EURO9000, which in terms of the power offers one and a half of a classic Bo‘Bo‘ locomotive, is a haulage on the main freight corridors in Europe. This locomotive is designed so that it will be ready to haul the additional load of the train length expansion from approximately 600 m to 750 m with the same driving dynamics and without the need for double traction.

Stefan Hofstetter, ELP Chief Technical Officer, explains that the most important benefit of the diesel engines on EURO9000 is to support the power available on the 3 kV DC lines with additional power of about 1.5 MW to the nominal 6 MW limitation of the DC supply system. Due to this, the EURO9000 is able to handle on 3 kV DC networks the 25 % additional load with the same running dynamics as the existing trains have. And furthermore, the diesel engines of the EURO9000 enable to drive on longer non electrified freight lines or shunting on terminal operation as well in case of an accident for re-routing.

The ten locomotives ordered by ELP will be tailored for the north-south corridor and will therefore be fitted for operation in the Netherlands, Belgium, Germany, Austria, Switzerland and Italy, enabling therefore for example a single traction haulage across Brenner or haulage of heavier trains through the basis tunnels in Switzerland.