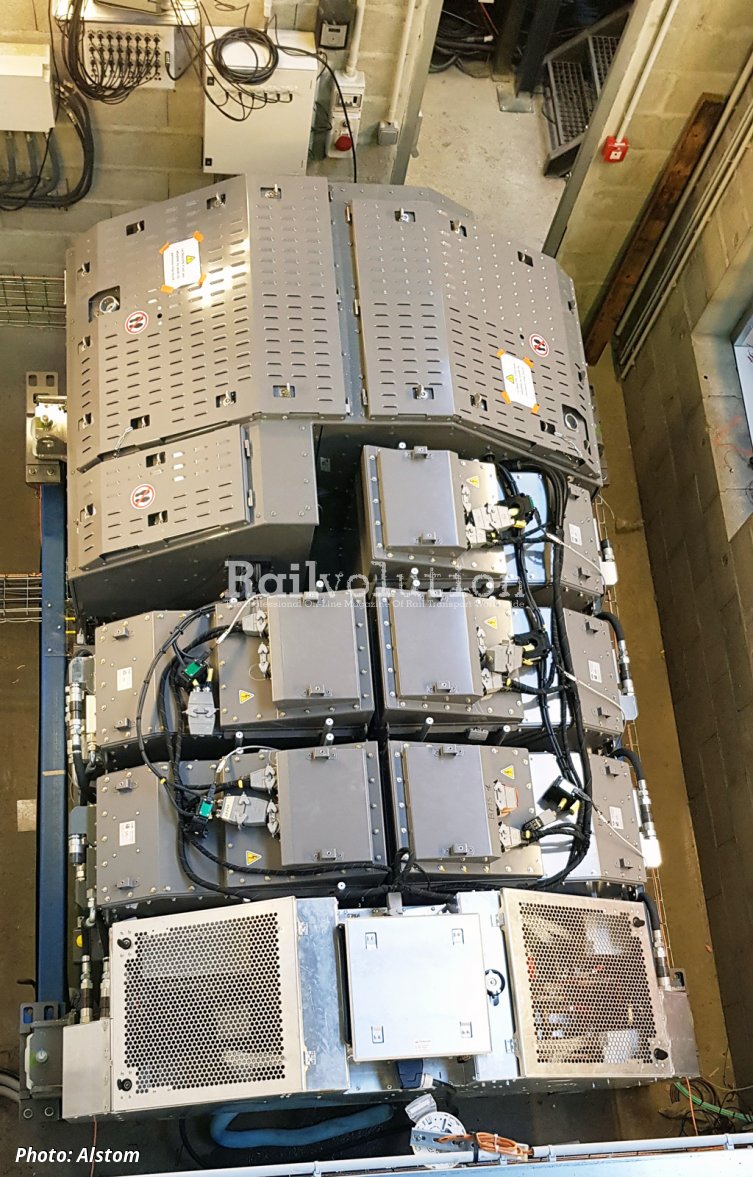 The prototype for the energy storage system of the first hybrid TER train has completed its trials on the test bench at Alstom's Tarbes site, the company’s centre of excellence for „green“  traction systems. The tests have made it possible to finalise the design and start manufacturing of the pre-series systems in September this year. They will be installed on the first experimental hybrid TER train in early 2021, which will be rebuilt from a EDMU into a BEMU.

This represents France's first project to produce a hybrid Régiolis. The project to hybridise it was launched by Alstom in 2018 in partnership with SNCF and the French regions of Centre-Val de Loire, Grand Est, Nouvelle-Aquitaine and Occitanie. The hybridisation involves replacing half of the diesel engines with storage systems made up of lithium-ion batteries.

The targeted objectives are a 20 % reduction in energy consumption and greenhouse gas emissions, as well as a reduction in operating and maintenance costs. The lithium-ion batteries will make it possible to recover and store braking energy for reuse. The traction will be more economical, combining thermal energy and stored energy. Representing another benefit, the diesel engines can be stopped during extended halts in stations, with the train then being powered by its batteries. Finally, this technology will help to maintain performance in the event of a lower catenary voltage that prescribed.

After an engineering phase, the storage system prototype was installed on the test bench at Tarbes at the end of 2019. The aim was to validate the system by simulating the train's operating conditions. Journeys were simulated in a zero-emission mode, using batteries only, and in a hybrid mode, using diesel engines and batteries. Several months of tests have made it possible to finalise the design of the traction box - the energy storage system comprising the lithium-ion batteries and a power converter.

The manufacture of the pre-series traction boxes started in September 2020 at Alstom Tarbes. At the same time, SNCF and Alstom are continuing their work on regulatory safety demonstrations and development. The first train, a Regiolis Occitanie EDMU, already in service, will be hybridised as of early 2021 at Alstom's Reichshoffen factory; tests will take place over the course of the year. The trials will then continue in commercial service from 2022 to validate the functions and performance of the solution in real conditions, with a view to mass deployment.