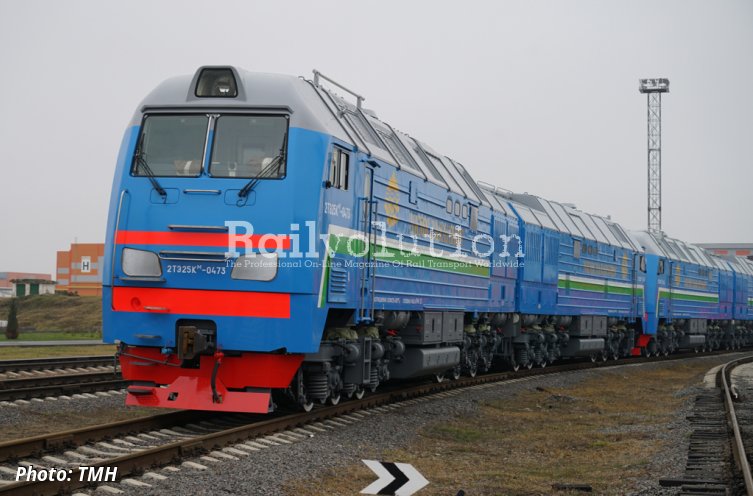 In December 2019 BMZ finished two Class 2TE25KM main line freight diesel locomotives for Navoisky gorno-metallurgichesky kombinat (NGMK, the Navoi mining and metallurgical plant), a state enterprise of the Republic of Uzbekistan, based in Navoi, a city with approximately 130,000 inhabitants, located around 360 km southwest of Tashkent.

The contract was signed in the fourth quarter of 2019, meaning a very first Class 2TE25KM locomotive delivery to Uzbekistan. The diversified activities of the mining and smelting complex require continuous development of NGMK’s transport infrastructure, the modern, powerful diesel locomotives being part of it. The locomotives 2TE25KM-0473 and 474 were sent from Bryansk to Uzbekistan in January 2020 and will be used at the NGMK’s Zarafshan plant, in the central part of Uzbekistan, around 200 km northwest of Navoi.