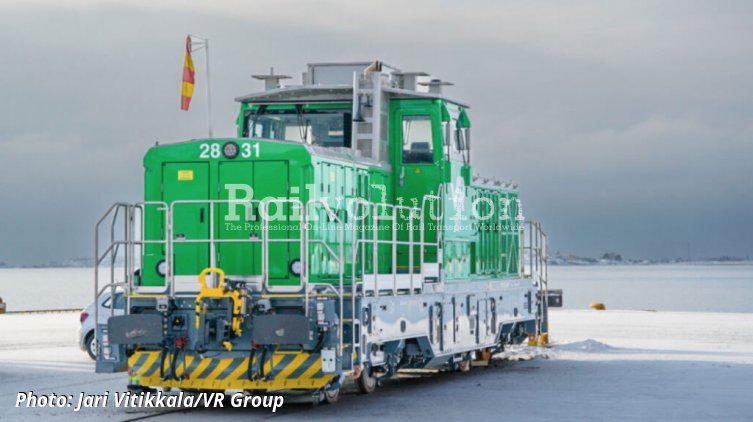 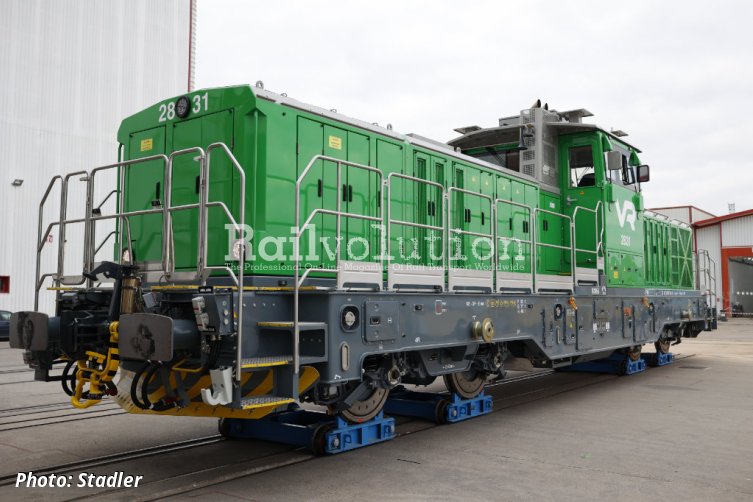 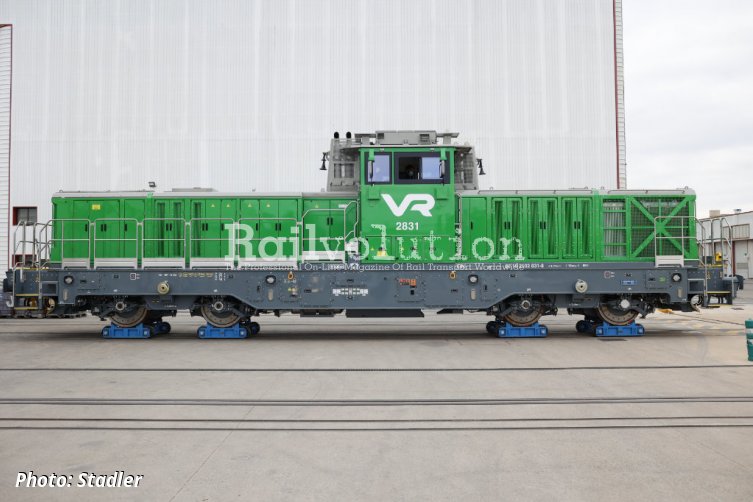 The first Class Dr19 diesel locomotive has arrived in Finland from Stadler València works and is to start extensive test runs. The locomotive left port of Sagunto on 21 December and arrived at Hanko on 1 February.

The comprehensive test programme, which will include runs on different lines with various train configurations as well as shunting work tests in marshalling yards, will last until the end of 2022. In this year, five Dr19s will be delivered to Finland, the start of commercial service, mainly in freight traffic, is scheduled for 2023. After that the deliveries will continue on a regular basis until the entire batch of 60 machines has been delivered by the end of 2026. The procurement contract also includes an option for up to 100 locomotives.

Martti Koskinen, Senior Vice President, VR Transpoint, says: „There is still a need for diesel locomotives, as only slightly more than half of the 6,000 km Finnish railway network has been electrified. VR aims to maximise the amount of electric hauling, but in the future other power sources will also be needed in addition to electricity produced with hydropower.

The structure of the new locomotive has been designed so that diesel can, in the future, be replaced with a more climate-friendly energy source once sufficiently competitive and reliable alternatives are available on the market. The Class Dr19 locomotives are an investment in the operating preconditions of Finnish industry. We want to use modern cutting-edge locomotives, which are more efficient, safer and more reliable than before. For the customers, our new machines will enable even greater operational reliability.“

On 2 December 2021, VR FleetCare, a Finnish rolling stock maintenance company, has signed an agreement with VR Group on the maintenance of the new Stadler-built diesel locomotive fleet. The agreement period is 10 years, and it enters into force in 2023 when the locomotives start commercial operation.

Risto Kontiokoski, Vice President of VR Group's locomotive fleet management, added: „Although the negotiations were tough, VR FleetCare ultimately made a competitive offer, for which it has a high level of expertise in locomotive maintenance. VR FleetCare is also currently responsible for the rest of our tractive stock. Maintenance work will be carried out at VR FleetCare’s service workshops and depots around Finland.“