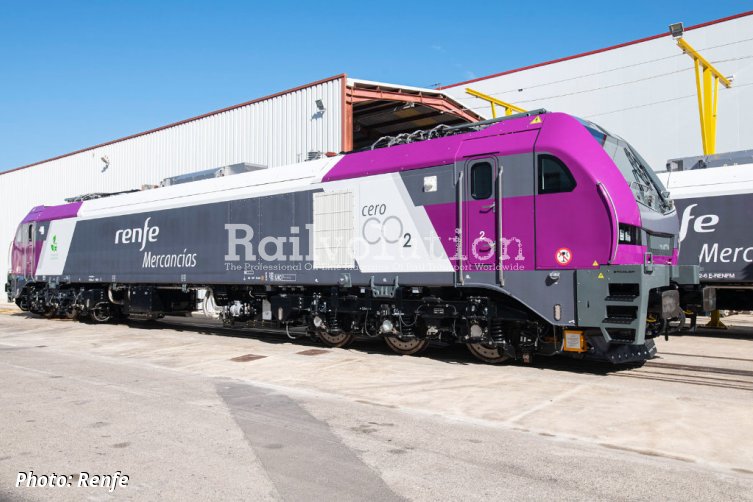 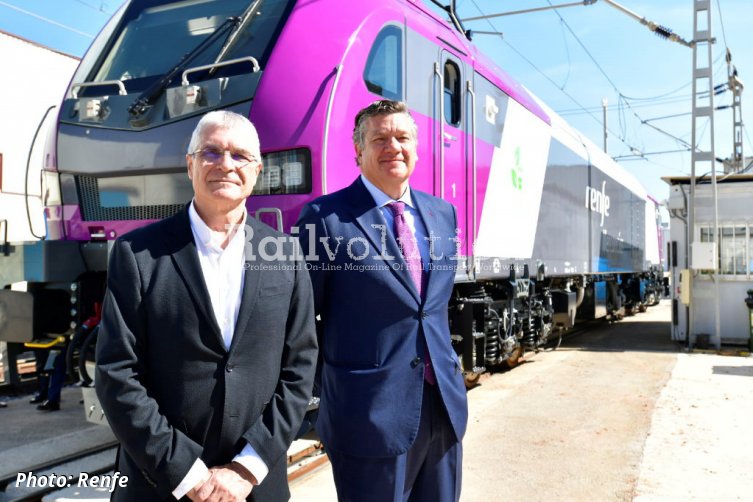 On 13 October 2022, Stadler presented Renfe four of the 12 powerful electric locomotives EURO6000, which are being manufactured for Renfe Mercancías. The presentation took place during a visit by Isaías Táboas, president of Renfe Operadora, to the Stadler plant in Valencia, accompanied by Iñigo Parra, CEO Stadler Division Spain.

These six-axle 6,000 kW locomotives are able to run under three different overhead voltages, 1.5 kV DC, 3 kV DC and 25 kV AC, at maximum speed of 120 km/h and are able to haul trains of 1,800 tonnes on ramps of 18 ‰. Considering the current and future changing environment, Renfe Mercancías' objectives for the Class 256.1 locomotives throughout their life cycle are to guarantee the possibility of changing from 1,668 mm to 1,435 mm and vice versa for all locomotives in the supply by changing wheelsets. The locomotives have so called "universal bogies" that allow the easy change of the wheelsets. Nevertheless, the 1,435 mm gauge wheelsets are not part of the delivery of this batch.

According to the contract, the first four EURO6000s were to be delivered by the end of 2022, but thanks to the good pace of work at the factory, six units are expected to be delivered to the customer by the end of the year. With their acquisition, Renfe Mercancías states that it will reinforce its operations through the new infrastructure of the Pajares tunnel, see https://www.renfe.com/es/es/grupo-renfe/comunicacion/renfe-al-dia/sala-de-prensa/renfe-mercancias-ultima-la-recepcion-de-las-locomotoras-de-gran-potencia-construidas-por-stadler-valencia

All the 12 Class 256.1 locomotives are fitted with the wheelsets of Iberian gauge, this seeming surprising considering the fact that the 24.7 km Pajares tunnel is on the 1,435 mm gauge Valladolid - Gijón high speed line. However, the last decision taken was to install the broad-gauge tracks in one of the tunnels and the other in mixed gauge 1,435 + 1,668 mm.

Additionally, those locomotives are multiple-voltage, enabling them to work on the new infrastructure which is equipped with the 25 kV catenary (high speed line standard), while conventional lines in Spain are electrified by the 3 kV DC.

With the acquisition of these locomotives, which will mean greater load capacity and improved reliability levels, Renfe Mercancías aims to increase its activity and share in rail transport. The increase in Renfe Mercancías' activity would also entail significant cost savings due to externalities, since, as the European Commission acknowledges, the railway is the freight transport mode that generates the least polluting emissions. In 2020, the transport carried out by Renfe Mercancías saved society 291 million EUR in external costs and avoided the emission of 850,000 tonnes of CO2 into the atmosphere and the consumption of 425,000 tonnes of oil equivalent.