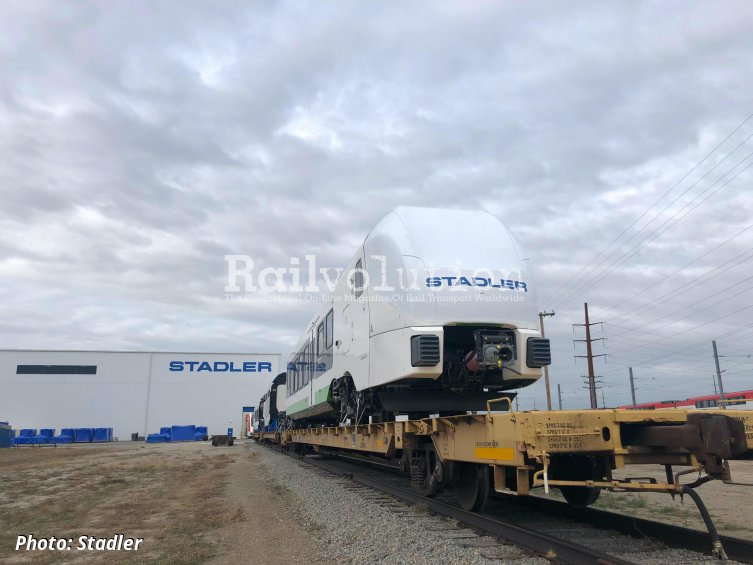 On 16 November 2021, the first of three FLIRT DMUs for San Bernardino County Transit Authority (SBCTA) left the Salt Lake City works. It is the second project Stadler is able to deliver to a transit authority from its Salt Lake City location, after delivering eight FLIRT DMUs to Trinity Metro’s Texrail line in Fort Worth, TX, in 2019. Upon arrival in San Bernardino County, all three units are scheduled to undergo extensive testing on SBCTA’s infrastructure.

In September 2017, SBCTA ordered three FLIRT DMUs for the Arrow passenger service, also known as the Redlands Passenger Rail Project. The trains with 116 seats and   room for 120 standees will operate on a 15 km  commuter route with five stations in the corridor between the San Bernardino Transit Center and the University of Redlands.

In addition to the DMUs, SBCTA and Stadler signed in 2019 the first ever contract to supply a hydrogen-powered train to run in the United States: the FLIRT H2. It is currently being developed by Stadler in Switzerland and is planned to be introduced in 2024 as part of Arrow service.