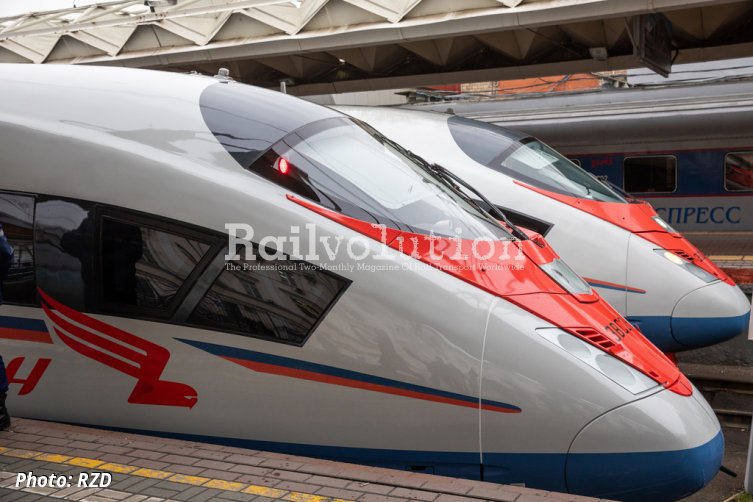 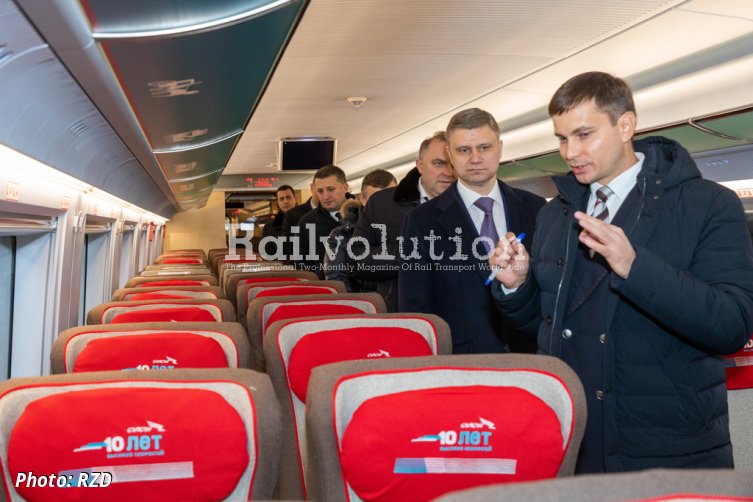 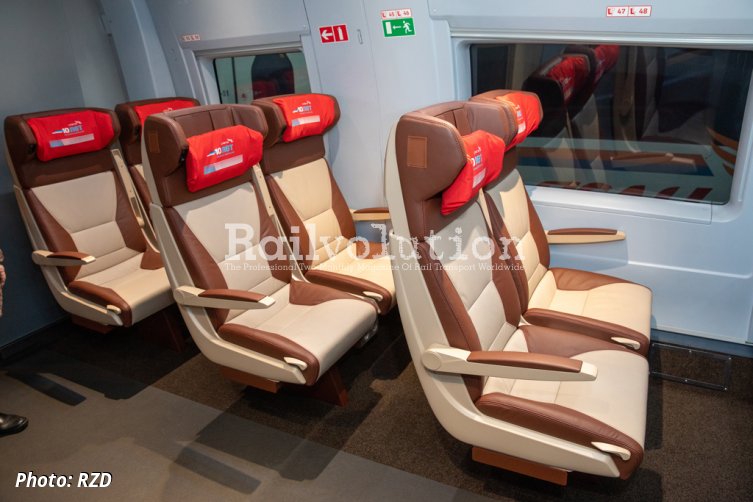 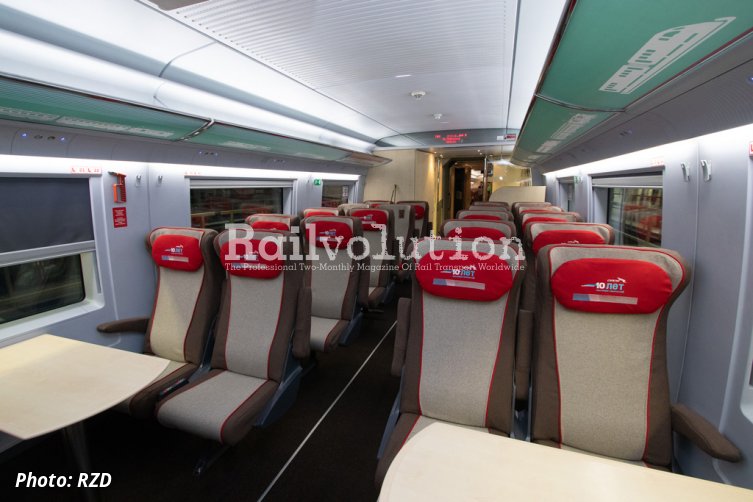 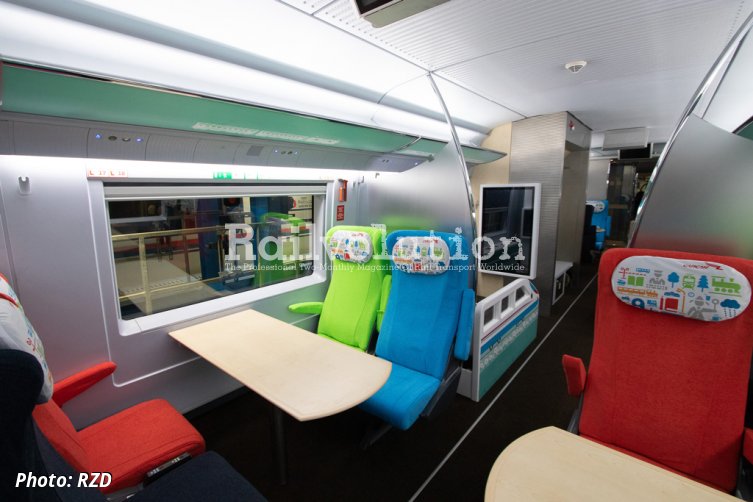 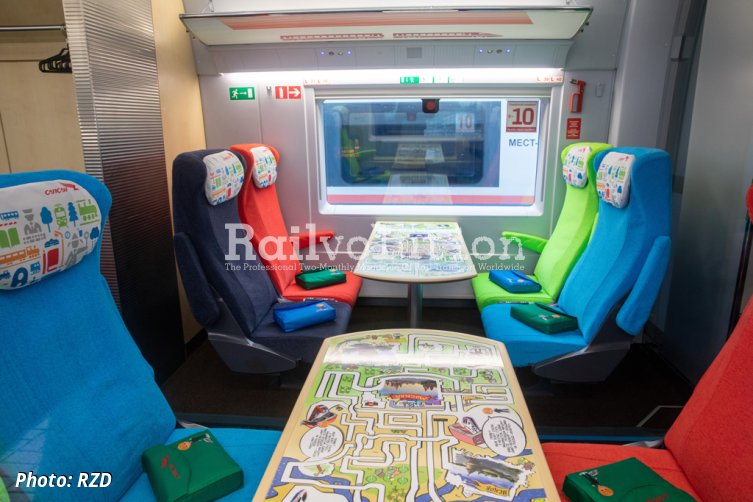 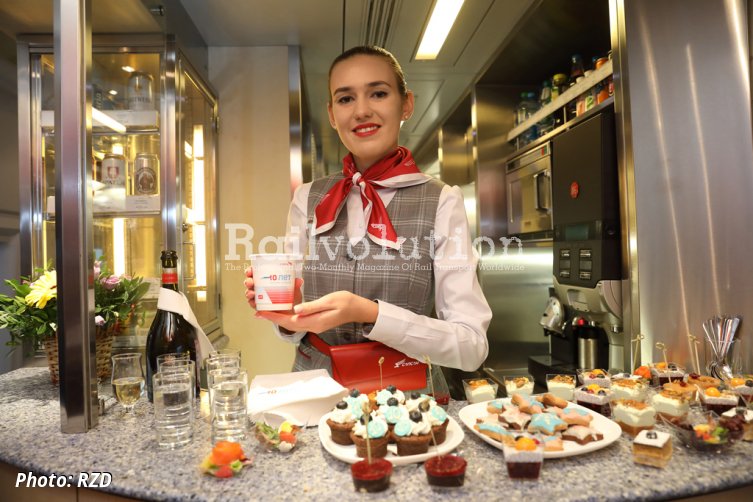 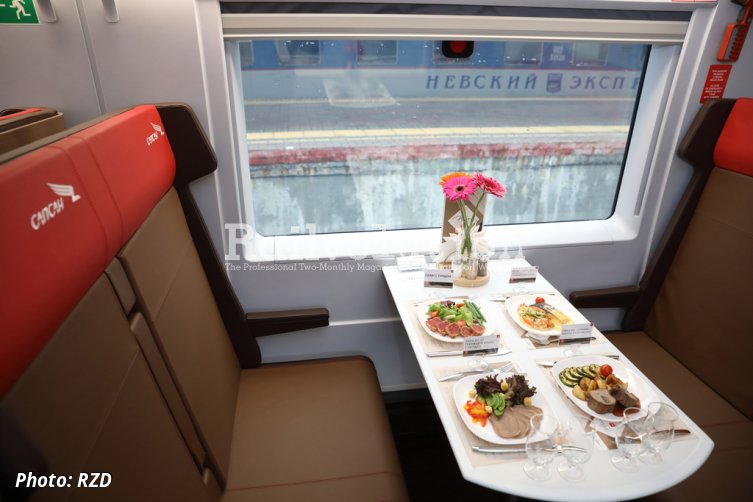 The main changes concerned the interior of the train: charging sockets for mobile devices and USB sockets were installed at each seat, the brightness of lighting is now regulated depending on the time of day, window curtains are replaced, columns with drinking water are installed, as well as seat upholstery was renewed.

In the modernised Sapsan, for passengers are now available nine classes, instead of seven. The first carriage has two classes - the First and the Meeting room (an isolated four-seat room located behind the driver's cab). The second carriage has a Business class and two Suite compartments (a special space with two seats, hidden behind a darkened glass partition).

The Economy class is available in cars No. 3, 6, 7, 8 and 9. In the fifth car is a Bistro, while the fourth car includes the Base class. In the tenth carriage are the Family class, in which passengers with children can comfortably accommodate, as well as the Comfort class - a separate area, located immediately behind the driver's cab.

The Family class is equipped with a special children's area, where interactive touch-screen monitors are designed to play during the trip, and the interior of the car is made in bright colors. Opposite the play area there is a place for convenient accomodation of parents and a place for prams. For mothers with babies a nappies changing table is mounted in the toilet room of car No. 9.

The modernising work on EVS-01 was carried out by Siemens at its Metallostroy depot (south of St. Peterburg), the work carried between 1 September and 16 December 2019. The train is now in service between St. Peterburg, Moskva and Nizhny Novgorod.

At present RZD has 16 Sapsan EMUs. As this number no longer meets the ever-growing passenger demand, the operator ordered in June 2019 thirteen new ten-car Velaro RUS trains from Siemens, whose deliveries are scheduled to start in the Autumn of 2022. By this time all 16 existing units will be modernised.