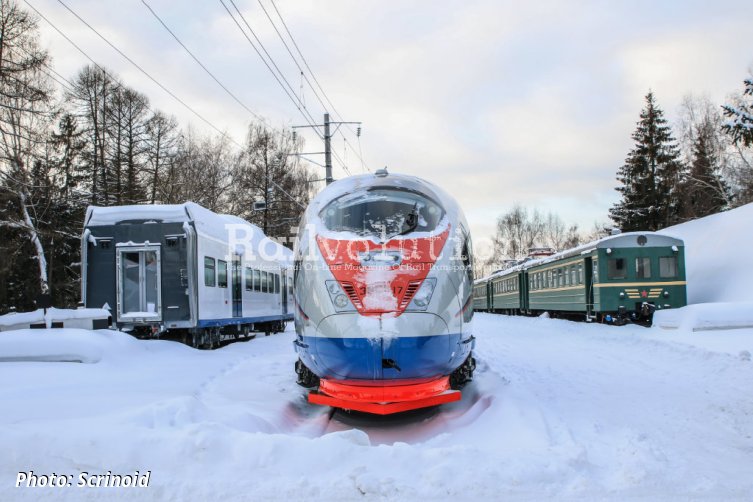 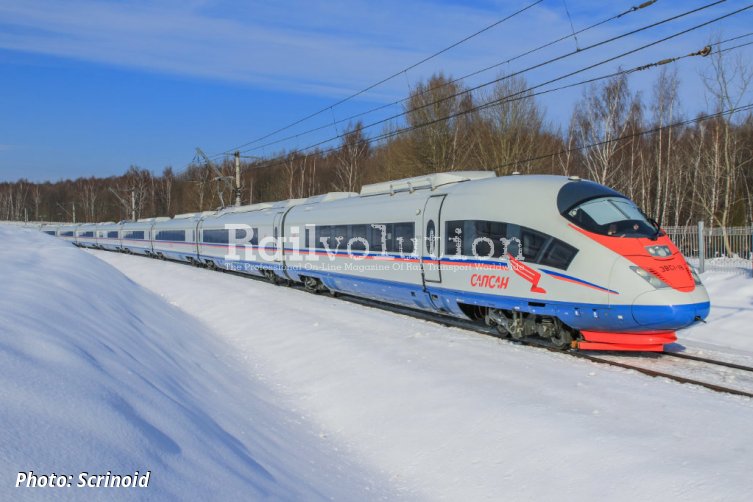 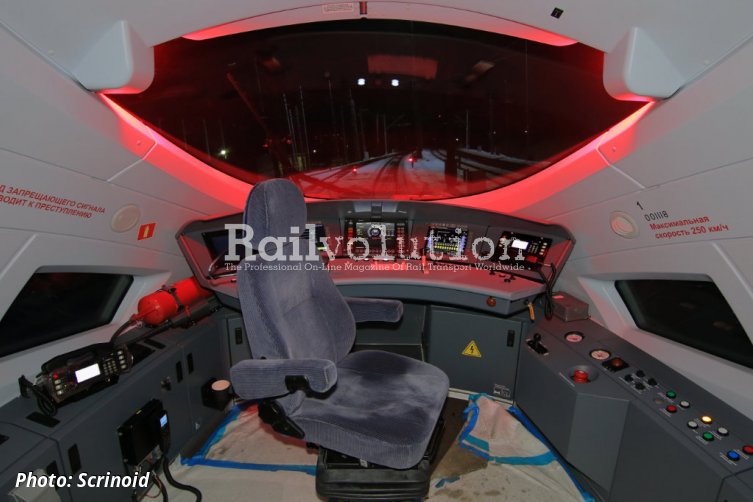 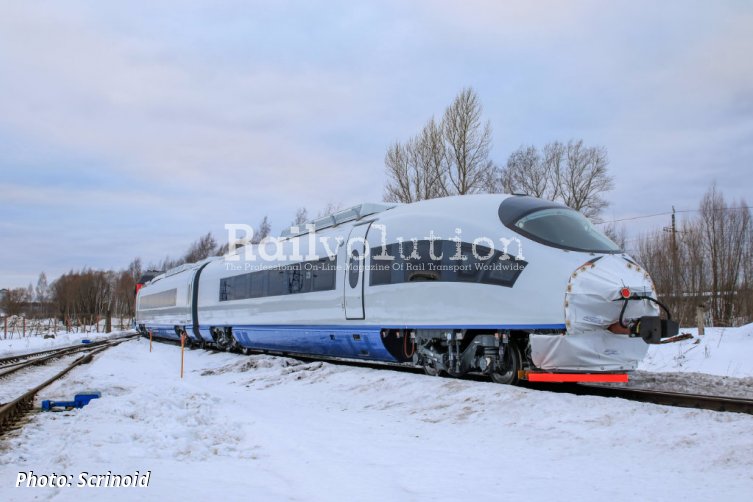 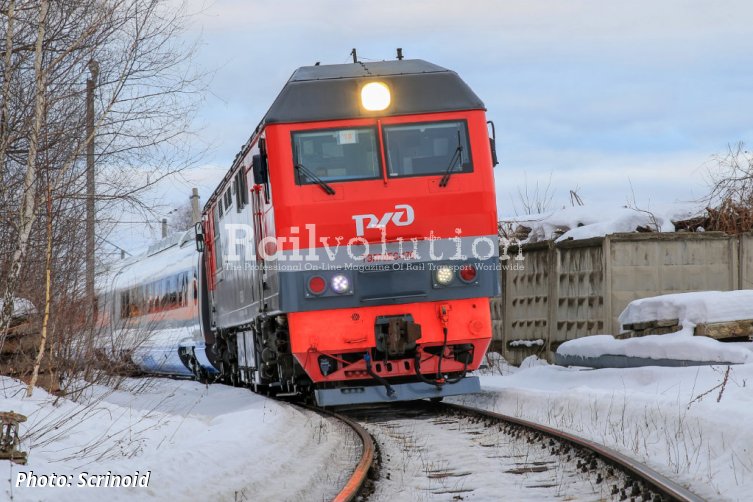 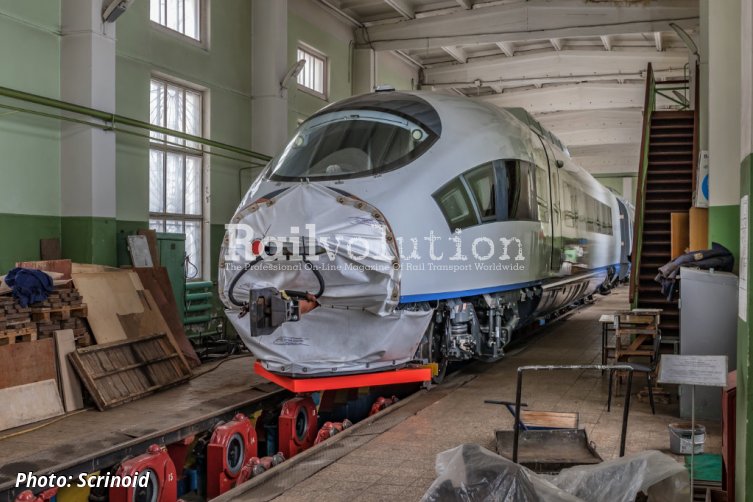 Last summer, Siemens Mobility started delivering the first Velaro RUS trains to Russia from the 2019 order. However, their further fate is now very uncertain in view of the sanctions against Russia due to the invasion of Ukraine...

A Bit Of History

The third batch ordered in 2019 is again to consist of only 3 kV DC Class EVS1 units, and after their delivery the total number of Sapsans should therefore reach 29 (EVS1-17 to 29). Production is again taking place in Krefeld, with testing and commissioning being carried out at the Metallostroy depot in St. Petersburg with the UL participation.

Initially there was talk in 2019 about possibility of assembling some of the intermediate cars at the Verkhnyaya Pyshma plant, but this did not happen in the end. Instead, however, preparations were announced by UL to produce some of the cars for future Sapsan 2s for the planned Moskva - Kazan HSL in 2020.

According to the contract, the first four new Sapsans were scheduled to start passenger service in December 2022 between Moskva and St. Peterburg. Deliveries began last year when EVS1-017 was transported from Germany to St. Peterburg in August. Subsequently, EVS1-018 to 020 were delivered (some of the cars from EVS1-020 were destined for crash tests).

All Sapsans were then subjected to initial tests on the VNIIZhT Shcherbinka circuit, where EVS1-018 is at present. EVS1-017 fitted with sensors is being tested on the main line between St. Peterburg and Moskva, EVS1-019 is now located at Okulovka (between Tver and St. Peterburg), EVS1-020 is at the Metallostroy depot now.

The fate of these trains is currently unclear, while for the other deliveries there is, on the contrary, certainty that they will not appear in Russia - depending on the development of the war situation - for quite a long time due to the economic sanctions. It also seems that the maintenance of the whole Sapsan fleet will be discontinued because it is provided by Siemens using most modern western technologies. This measure will thus affect also the Lastochka EMUs...

Similarly, it can be expected that the planned HSL construction will not take place for a long time due to the heavy impact of international sanctions on the Russian economy - it has already been difficult to secure financing for it and, moreover, it will be technically very difficult without the participation of Western companies and technologies.

1) why were the crash tests of the Sapsan end car and coupling carried out if it was already a previously approved train?
2) how many Sapsans of the third batch are currently finished in Krefeld?
3) can the maintenance of the Sapsans and Lastochkas be provided without Siemens’s  involvement, only by the Russian industry? (by UL?).
4) since Siemens has discontinued technical support for the maintenance of the Sapsans and Lastochkas, how long can these trains be operated safely before they have to be drawn from regular service?

Siemens answered us: "Of course, we will act in compliance with all applicable laws in our business activities in and with Russia and Belarus and comply with the applicable export control requirements and sanctions law. To this end, we have put all new business in and international deliveries to Russia and Belarus on hold, while we evaluate the full implication of all sanctions. Ensuring strict adherence to sanctions, we will continue with local service and maintenance related activities. Please understand that due to the rapidly changing situation and the complexity of the sanctions measures, we cannot go into further details at this time."

1) how is maintenance of the Sapsan and Lastochka EMUs ensured without the involvement of Siemens, which has suspended its operations in Russia due to sanctions?
2) is UL able to continue production of the Lastochkas without Siemens' involvement? The same question is for the Class 2ES10 locormotives.
3) when do you plan to unveil the locomotive 3ES8-001?

UL answered us: "We understand your interest but as of now we are not commenting on the situation."