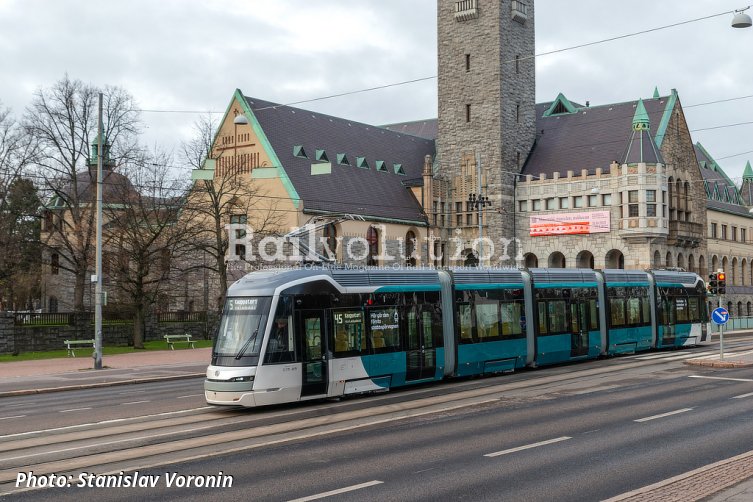 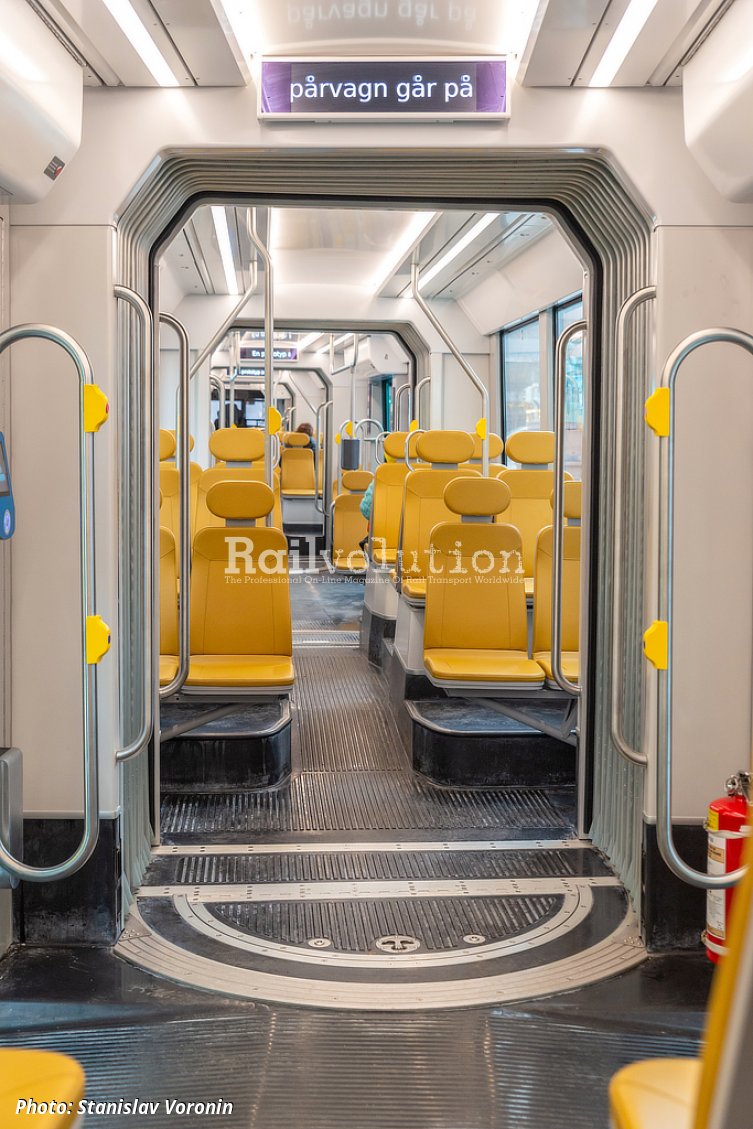 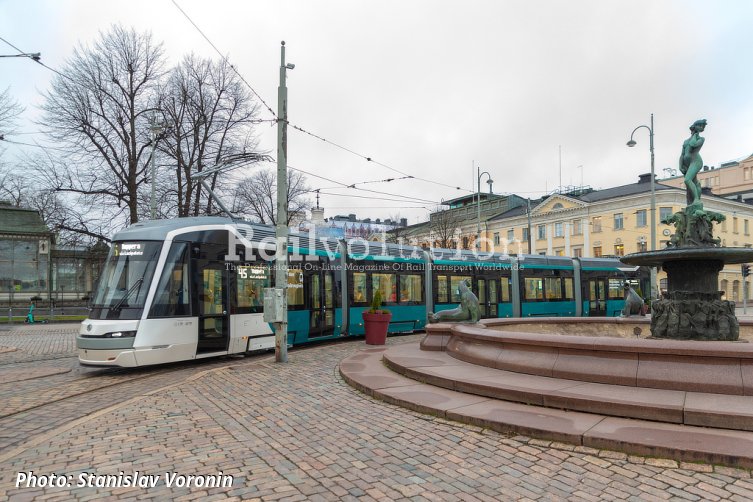 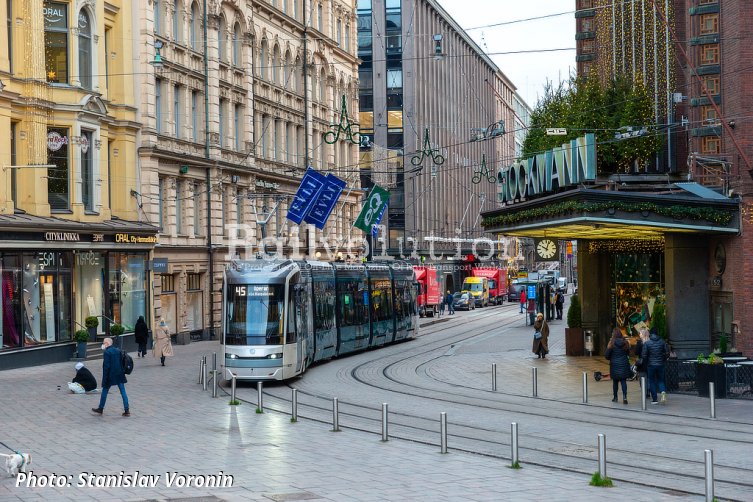 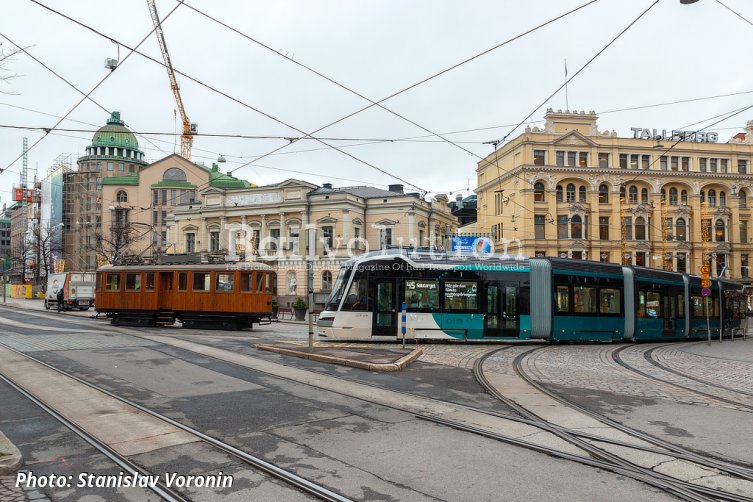 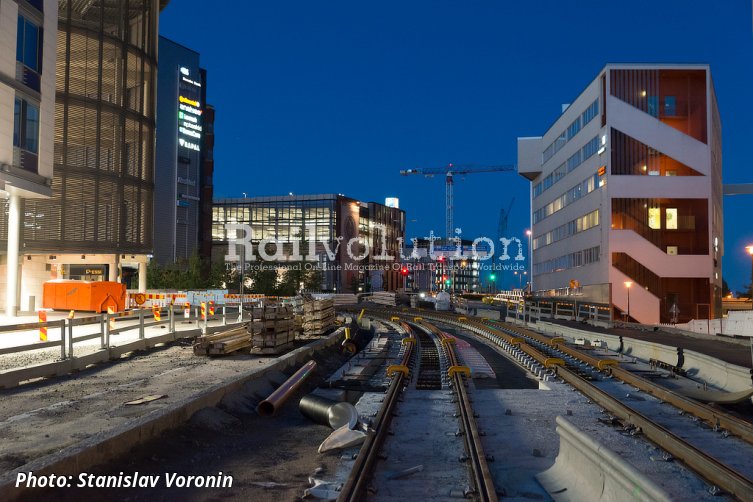 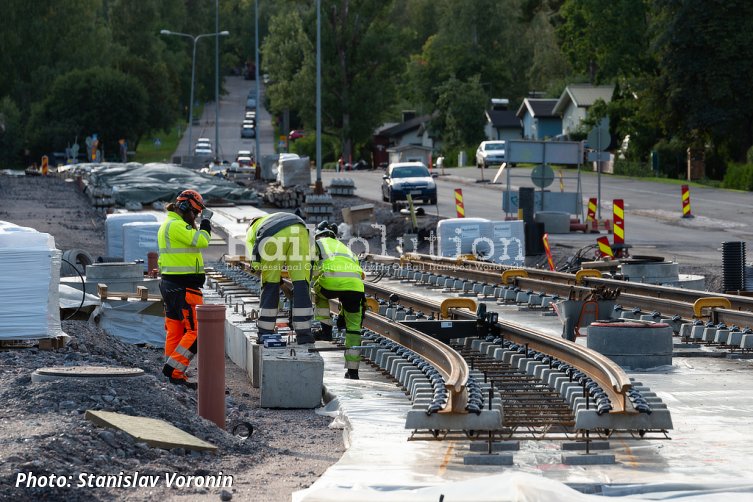 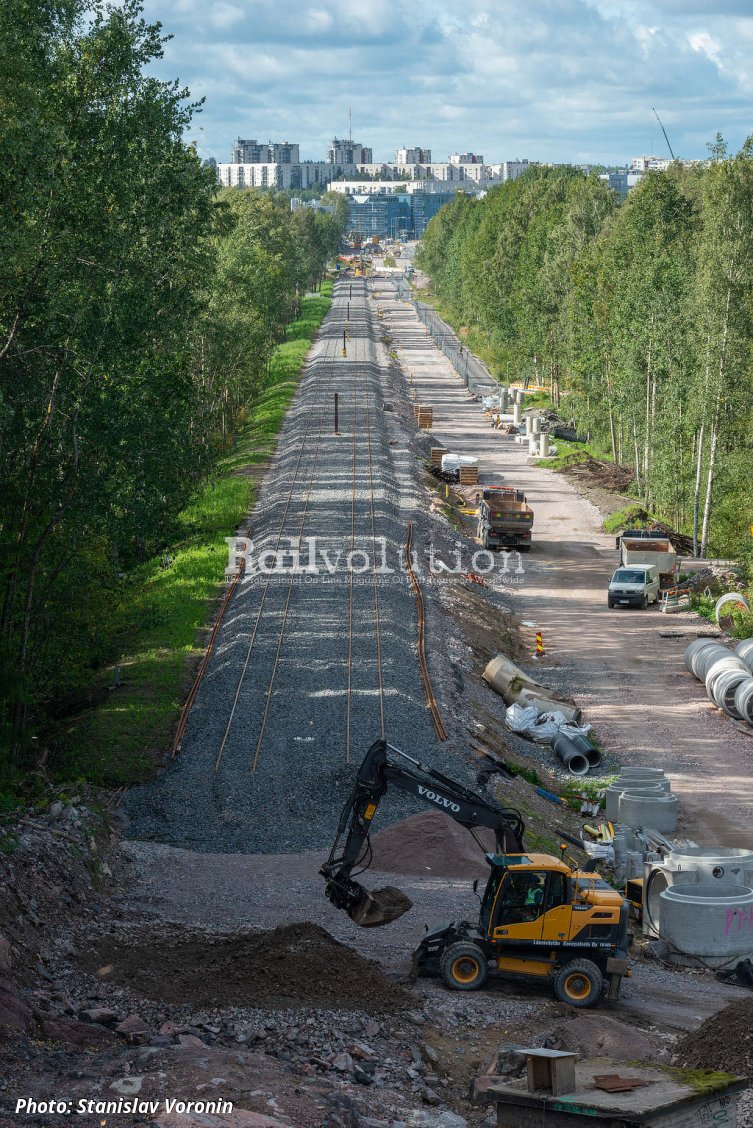 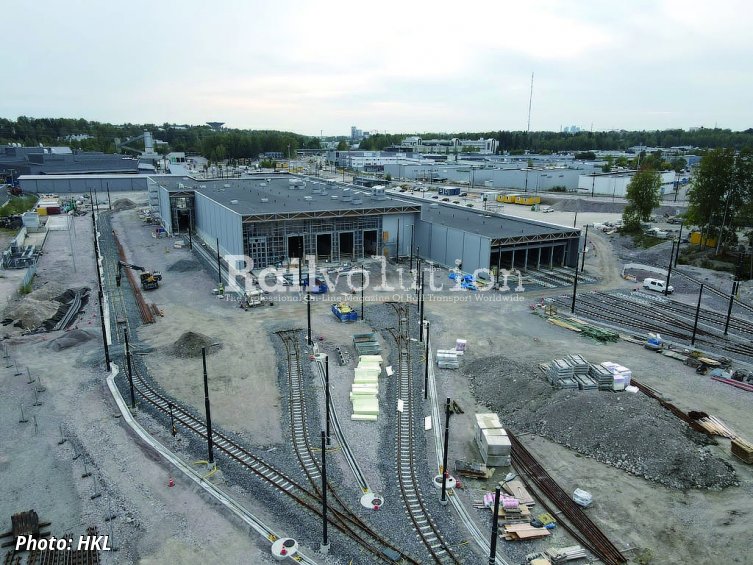 On 8 November 2021, the first Artic X54 tram started passenger service at HKL. It was delivered to Helsinki in April this year and in mid-August it started drivers training on the city streets. So at present tram No. 601 runs on weekdays between Kauppatori (Market Square) in the south of the capital and Töölö (near the centre, where the Opera House is located).

The new five-car trams, destined for the Raide-Jokeri line, will be distinguished by their turquoise colour from the existing green/yellow three-car Artic X34 trams. Their interior colour scheme is also different, with curry yellow seats, while in the Artic X34 trams the seats have grey backrests and red headrests.

At the end of October 2021 it was announced that construction of Raide-Jokeri line was 75 % completed. Rail construction has progressed ahead of schedule, and 21 km of the 25-kilometre rails are now finished.

The original target was having completed 20 km of the rails by the end of 2021. Expectations were exceeded thanks to successful resourcing, coordination of schedules, and developing working methods.

“The rails have been built with 7 - 8 working groups. Both the workers and methods have developed during the project. In the Alliance, the cooperation between the excavators and rail constructors has been successful - when the excavators have finished the groundwork early, the schedule of the rail constructors has been flexible and moved ahead,” says Juha Saarikoski, the client’s project director.

The construction sites will settle down towards the winter, and some of them will take a winter break before the construction season of 2022. Next year, there will be constructed the remaining rail sections in the Patterimäki tunnel, on Pitäjänmäentie, in the western and eastern ends of Eliel Saarisen tie, and in the eastern part and end stops of Maaherrantie. In addition to rail construction, the builders will continue other construction work in 2022 on most of the streets on the Helsinki side. The construction in the Espoo section will mostly be finished in 2021.

In 2023, the builders will add the finishing touches to the Jokeri Light Rail worksites, followed by the commissioning tests and subsequent test operation. The passenger services are scheduled to start in January 2024.