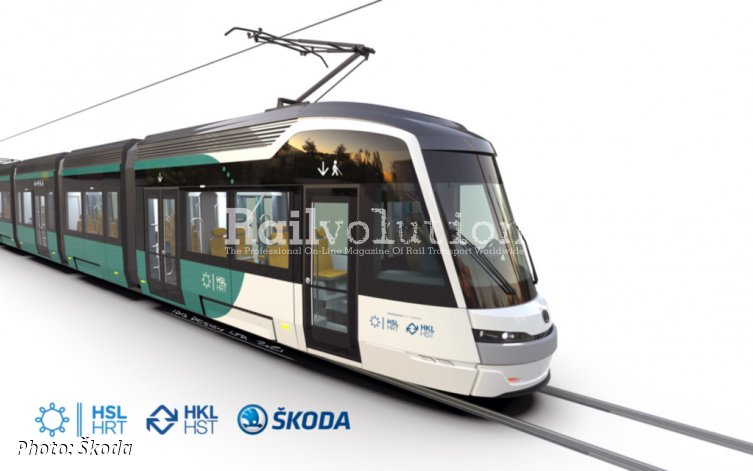 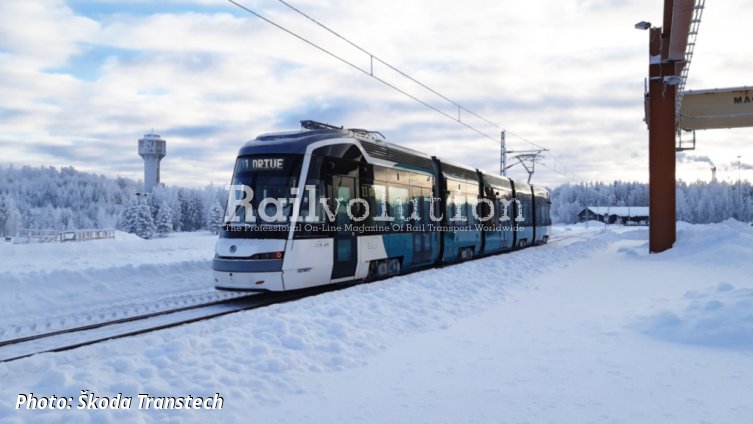 HKL plans to use the new trams on lines from Rautatientori (at main railway station) to Yliskylä and Haakoninlahti districts (both in the east of city), they will also run on the new Crown Bridges, which are envisaged to be completed in 2026.

The new Type X54 trams will be a five-car version of the three-car X34 Artics, which are now in service in the city centre. Supplied by 750 V DC, their axle arrangement will be Bo’ + Bo’ + Bo’ + Bo’, their traction power 8 x 105 kW and their maximum speed 80 km/h. They will be equipped with an EDB, an electromagnetic rail brake, a hydraulic disc brake, and a parking brake/emergency brake.

There are currently 70 Type ForCity Smart Artic X34 trams operating in Helsinki, numbered 403 - 472. The reason behind it is that the prototypes 401 and 402 were sold back to Škoda Transtech, and the latter sold them in 2018 to Schöneicher-Rüdersdorfer Straßenbahn (SRS) in Germany. Subsequently HKL bought two new Artics, which were numbered 471 and 472. As SRS ordered one more Artic in 2019, a new tram numbered 473 was built additionally.

Another 29 of Type Artic X54 five-car trams (with a possibility of extension to seven-car) are now being produced for the Line 550, which will be numbered 601 - 629 and will replace the buses there. The first of the new trams left the Škoda Transtech Otanmäki works in early February 2021 and will subsequently start testing. These trams are fitted with SCCS (symmetrical body control), which allows the multi-articulated tram to have freely pivoting bogies, and also with a kneeling system of the centre car, which allows barrier-free passenger boarding at different platform heights.

Helsinki will thus have 122 Artics. Moreover, Škoda Transtech is at present building a batch of 19 ForCity Smart Artic trams for Tampere.