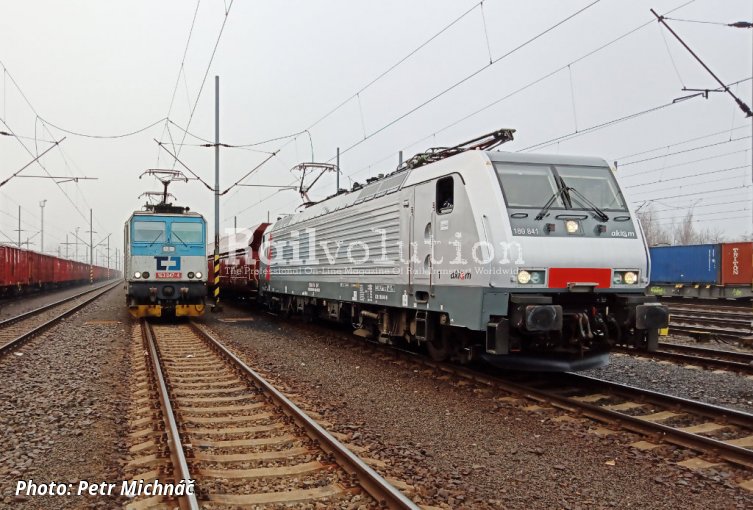 ČD Cargo has put into operation another Class 189 locomotive from Akiem. More locomotives are likely to follow (there is talk of a total of four). For the time being,189 156 has been hired (which was transported to the Czech Republic on 14 December 2022 together with new TRAXX3 MS locomotives for RJ) and now also 189 841. The former is in service with the Austrian branch of ČD Cargo and is currently being used mainly for training of the staff there, while 189 841 is currently assigned to work in Poland, with runs to the Czech border region.

As we mentioned earlier, MRCE is gradually selling off a significant part of its fleet of electric locomotives, which means that 14 of its 15 locomotives of this Class 189 version have been transferred to Akiem. ČD Cargo also leases two TRAXX F140 MS2 locomotives from Akiem.