Another TRAXX3 Locomotives For RegioJet and ČD Cargo 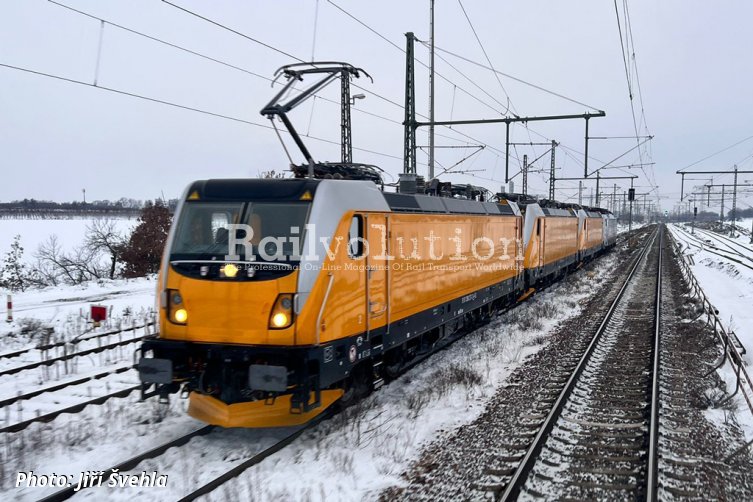 On 14 and 15 December 2022, RegioJet and ČD Cargo received its newest TRAXX3 MS locomotives. First, the last three TRAXX3 MS locomotives ordered by RegioJet ran from Kassel to the Czech Republic on 14 December, arriving in RJ’s base in Praha-Smíchov shortly after midnight next day. They stayed there for just 40 minutes and continued immediately to Kutná Hora, as all three were put in service, which provides free additional traction to transit freights which are diverted via the Kutná Hora - Brno route on account of upgrading works limiting the infrastructure capacity on the normally used route via Česká Třebová.

RJ is providing this service since April 2021 till June 2023 upon contract from Správa železnic. So far RegioJet used Vectrons for this duty, but Vectrons are welcomed to crossborder duties, because TRAXX3s actually cannot be used in Austria, on account of their ATLAS ETCS OBU not being approved for use on ETCS fitted infrastructure on Austrian network. However of the six Vectrons, which RJ has on hire, four of five hired from ELL will consequently return until February 2023. One will remain on hire from ELL and one from CZTrain (this one being actually also from ELL fleet). Therefore after that RJ will again have just a modest number of locomotives available for use in Austria.

These latest three locomotives are 388.216 - 218 in line with Czech numbering scheme or 1388 216 - 218 in line with Austrian numbering scheme (depending on the interpretation within the 12-digit EVN), as they are registered in Austria. Reason for this is RJ asked for use of the investition bonus provided un Austria in 2021 as a kind of support to balance troubles caused by COVID-19. In case of locomotives, this covers 14 % of eligible costs.

One of the conditions is probably some share of mileage achieved on the Austrian network, which hardly could be fullfiled under such circumstances. More accurate information on conditions are not known and Austria Wirtschaftsservice Gesellschaft (AWS), which administrates Austrian Federal support programmes, did not tell more details on it.

These three locomotives were actually manufactured a year ago, but for various reasons were not handed over so far, the administration of the support, Austrian registration as well as disputes between RegioJet and Alstom being some of them.

Together with these locomotives, Akiem’s 189 156 was transported, this heading then to the ČD Cargo depot in Ústí nad Labem. It is likely, that this is a third locomotive to be hired by ČD Cargo from Akiem, following TRAXX MS2s 186 367 and 371.

On 15 December 2022, five new TRAXX3 MS locomotives for ČD Cargo, 388.012 to 016, transferred from Kassel to ČD Cargo depot in Ústí nad Labem. According to current ČD Cargo’s information, it has now 11 more locomotives of this type on order, with deliveries planned in second half of 2025. However the manufacturer indicates, that this migh happen earlier. ČD Cargo was thinking of using the Austrian support scheme for these locomotives too, but this did not take place in the end.