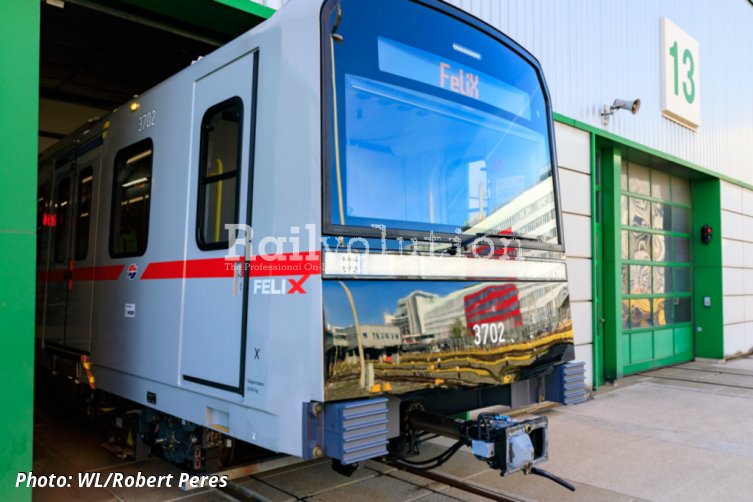 With this exclamation, Wiener Linien announced on 6 May 2021 the name for its new metro trains. In connection with the fact that the new trains use the so-called X-Wagen (type X cars), the name FeliX was chosen in an online vote launched in mid-April, which was attended by almost 44,000 people.

The name comes from Latin, means „happy“ and „successful“ and was voted for by 40 % of participants, as the statistics below show:

FeliX will be easily recognisable for passengers thanks to the stickers on the fronts of the train. The operation of the new generation of metro units is to begin in 2022. The first set is currently being tested, while Siemens is already producing the second six-car unit at its Wien-Simmering works, which is to be delivered to WL later this year. Five more FeliXes will be built in 2022.