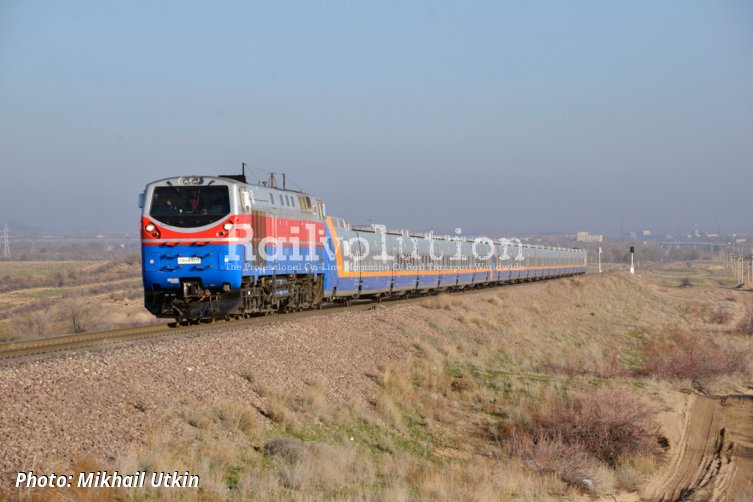 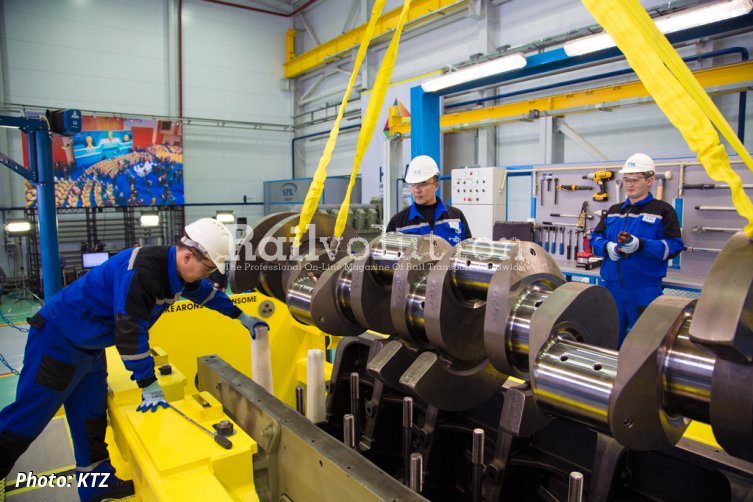 The Class TE33A is a freight Co’Co’ rated at 3,356 kW, with a maximum speed of 120 km/h. Around 2013, industries in Kazakhstan supplied around 70 % of all components for the Evolutions - that means some 11,000 individual items for each locomotive, though these components only contributed around 30 % of the total value of the machine. The aim was to increase this share so that components produced by domestic manufacturers contribute 50 % of the total value by 2015.

At the Astana-Zhana kala (Free Economic Zone) on 4 July 2013 the foundation stone was laid of the new TOO Astana Dizel Endzhens (Astana Diesel Engines) factory where diesel engines were intended to be produced for Evolution locomotives. The factory could produce engines rated at between 2,200 and 4,500 kW, initially to be supplied to LKZ for the Class TE33A locomotives and their derivatives, and for locomotives to be used in Russia, such as the Class 2TE116UD. It was also expected that prime movers will be supplied for locomotives destined for export to other CIS countries.

In December 2014 a new factory for diesel engine manufacture was inaugurated in Astana. Although it was initially intended to be known as Astana Diesel Engines, its definitive title is Astana Diesel Service (ADS). It was the first diesel engine factory to start up in Kazakhstan as part of the State’s project to develop the railway engineering industry within the country. Nursultan Nazarbaev at that time observed: „I discussed about this project with General Electric’s management in New York during my meeting there with the captains of industry. Now it has been realised.“

The factory has an annual output capacity of up to 200 engines, and should also undertake the overhaul and service of the 12-cylinder diesel engines which power Evolution locomotives. One result of the creation of ADS expected was that the amount of components produced by domestic industry for the Evolutions will rise from 32 to 53 %. Future plans included the development of production facilities for electric traction motors, covering the requirements of the entire Kazakh locomotive fleet. However, so far no new diesel engines have yet been produced there, and the factory is at present focusing on repairs of engines for KTZ locomotives.

We asked GE/Wabtec what the future of this factory will be. The company answered us:

It is correct that the facility was fully paid for and built by KTZ as a new GEVO engine facility. But after the facility was complete KTZ strategic goals, business model and direction shifted and as it is well known KTZ has systematically exited from railroad equipment manufacturing business and focused on their core business goal - transport and logistics.

Wabtec purchased 50 % of the shares of LKZ from KTZ. As this shift happened in true partnership Wabtec signed a long-term lease of this facility and is utilizing the facility in full capacity as the regional GEVO remanufacturing and overhaul center. Over the last several years, we have increased the number of locomotive components, which can be remanufactured and overhauled within the facility. This year we are moving in new product lines, which came in to our portfolio with Wabtec merger. It is a state of the art, fully functional, full capacity regional remanufacturing center.

A complete caption for the locomotive photo:

Train 69 from Almaty-2 to Zashchita, near Kapshagay on the Turksib on 2 November 2014. What is interesting is that although the Talgos are KTZ’s prestige services, they are often hauled by Class TE33A freight diesels on non-electrified lines. KTZ has endeavoured to replace most of its old two-section Class 2TE10 diesels and later variants of the latter, with Evolution diesels on passenger services. This is mainly because the 100 km/h freight TE33A locomotives have a 35 % lower fuel consumption rate. Higher speeds are not important yet. A Class 2TE10UT can, for instance, reach 120 km/h, but many lines, including the Turksib, are not yet suitable for higher speeds. Infrastructure upgrades on these non-electrified lines, combined with the introduction of the Class TEP33A machines, designed for passenger services and a top speed of 160 km/h, will eventually result in Talgo services on these routes being speeded up.