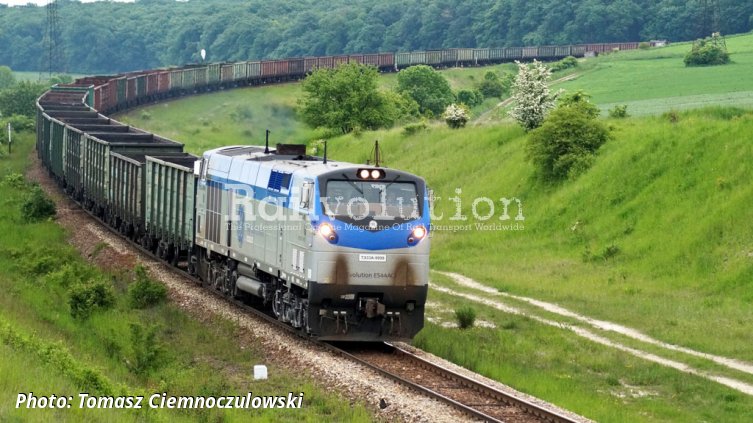 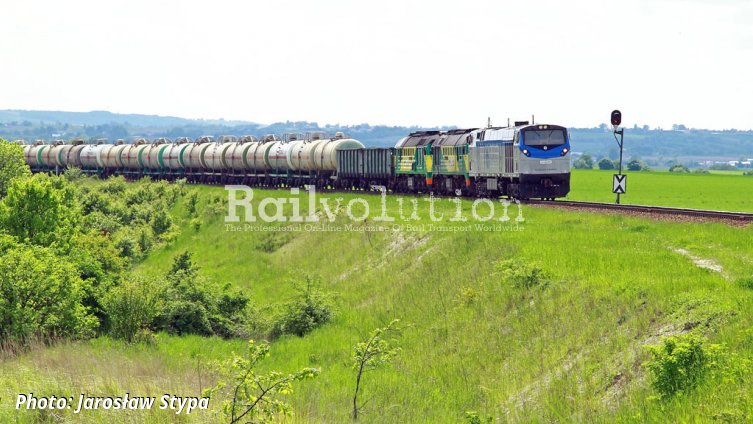 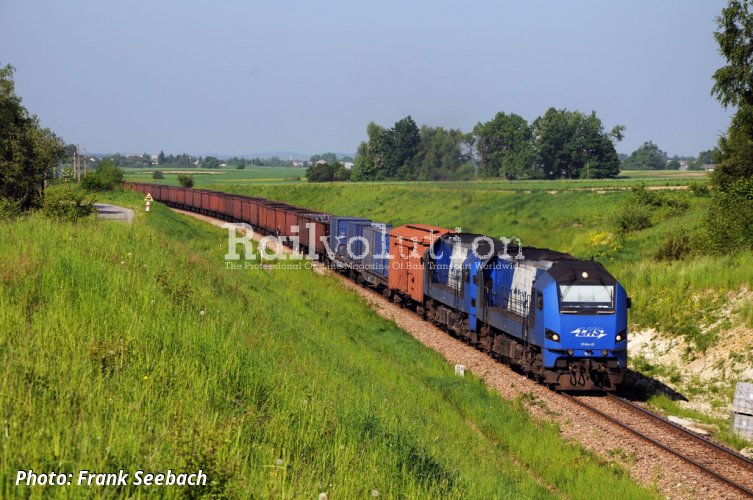 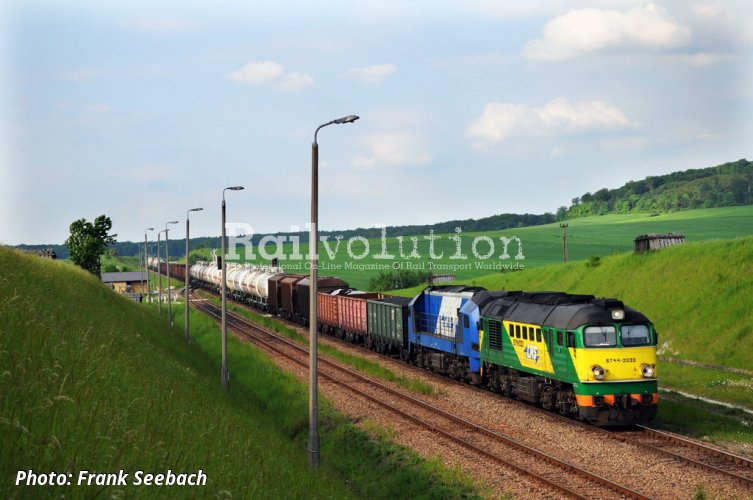 Line 65 runs from the Bug river bridge near Gródek, on the border between Poland and Ukraine, and nearby Hrubieszów Towarowy to Sławków Południowy LHS in the Górny Śląsk industrial conurbation, some 25 km east of Katowice. In early 2015 General Electric expressed interest in seeing how one of its Evolutions would perform on the line, which at its eastern end has a number of steep gradients. There is also a 12.6 ‰ ascent for westbound trains between Kozłów and Jeźówka, north and northwest of Kraków, where until the turn of the millennium banking of loaded westbound freights was necessary.

To access the LHS the locomotive would first have to transit Ukraine from east to west, so there was some uncertainty over the exact arrangements and the timing of the visit. The candidate for the latter was not one of the batch-built Class TE33A or TE33AS Evolutions from the LKZ factory in Astana. Instead it was TE33A-9999, works number 59493, completed at the GE works in Erie in June 2009 (the same year that the LKZ works opened), and wearing a livery promoting GE with the slogan „Imagination at work“ on its sides.

This is a testing and demonstration locomotive, which was sent to Kazakhstan in 2013. Since then LKZ, having mounted it on 1,520 mm gauge bogies, has used it for various presentations to potential clients. The Polish visit was its first journey outside Kazakstan since 2013. It arrived in Poland by rail on 24 April 2015, hauled over the border from Ukraine by LHS’s diesel SM48-073. Starting on 5 May it made a daily series of test runs, sometimes overnight, but also at various times of the day, hauling iron ore freights between Hrubieszów Towarowy and Sławków, with trailing loads of around 5,000 t. Some shorter runs, between Hrubieszów Towarowy and Zamość, and Zamość and Sławków were also realised, depending on traffic requirements. On seven of the test runs one or two Class ST44 diesels were also incorporated, hauled „dead“ in the formations.

During the final week the locomotive notched up two records. It hauled the longest, and the heaviest freight ever to run on the LHS, and quite possibly to have been hauled by a Co’Co’ diesel anywhere in Europe. The train consisted of 75 wagons, measured 1,107 m long, and weighed 6,062 t. During the test runs, of which there were more than 70, TE33A-9999 covered nearly 22,000 km. Tests regarding braking and acceleration performance, interior and exterior noise generation, and functioning of on-board software were realised. Fuel consumption was recorded and evaluated according to the trailing load, which varied on each run. Following the conclusion of the tests, the last run being on 23 June 2015, the Evolution returned to Kazakhstan, the journey to and from Almaty taking around three weeks each way.

TE33A-9999 is powered by a 12-cylinder GE Evolution diesel rated at 3,356 kW. The six asynchronous traction motors deliver a one-hour tractive effort of 534 kN and a continuous one of 427 kN. This is sufficient to haul, single-handed, a trailing load of up to 5,200 t, but in late May a satisfactory test run was made with a trailing load of 5,400 t.

With traffic on the LHS steadily increasing, the operator considered the acquisition of a fleet of new, modern, more powerful machines, which will also enable to eliminate the need for double-heading. In the end, even these tests in 2015 did not lead to success and the Evolution locomotives were not sold to Poland.

The LHS was built between 1976 and 1979, with the twin objectives of moving iron ore from mines near Kriviy Rig (Krivoy Rog) in what is now western Ukraine to the Huta Katowice (later known as the ArcelorMittal Poland steelworks in Dąbrowa Górnicza), which started production in late 1976, and moving both coal, mined in Górny Śląsk, and sulphur, exploited near Tarnobrzeg, to industries in the USSR.

These functions explained the acronym LHS, which originally stood for Linia Hutniczo-Siarkowa (Iron Ore/ Sulphur Line). Around the turn of the millennium „Siarkowa“ was dropped, since the Kopalnie i Zakłady Przetwórcze Siarki Siarkopol in Tarnobrzeg went out of business following a drastic fall in sales of sulphur. The „S“ was retained, using „Szerokotorowa“ (Broad Gauge) instead, and nowadays the freight carried is rather more diverse, including
a certain amount of intermodal traffic.

In its early days, the line carried around 10 million tonnes of freight annually, this falling by over 50 % by 2001 with just two or three trains daily hauled by Class ST44 diesels, and ST48s used for shunting. The PKP LHS subsidiary was founded on 1 December 2000, PKP owning 0.01 % of its shares, the state the remainder, and received a five-year operating concession - for passenger services - in June 2001, together with a concession for freight services.

With the dawn of the new millennium greater emphasis was placed on expansion of international intermodal traffic. Starting on 5 April 2003 a regular piggyback service, „Jarosław“, was introduced between Kyiv-Darnitsya (15.49, day one) and Sławków (05.30, day three) with HGV lorry drivers conveyed in a pair of UZ sleeping cars while their vehicles accompanied them on 30 platform wagons. The eastbound service left Sławków at 17.50 (day one) and reached Kyiv-Darnitsya at 09.19 (day three). Around five hours were spent at Hrubieszów for border controls. „Jarosław“ ran weekly until withdrawal just over a year later.

At present PKP LHS has 61 1,520 mm gauge main line locomotives, 14 1,520 mm shunters and two 1,435 mm gauge shunters. Currently, analyses are being carried out regarding the rolling stock strategy and the further planned modernisation of the locomotive fleet.