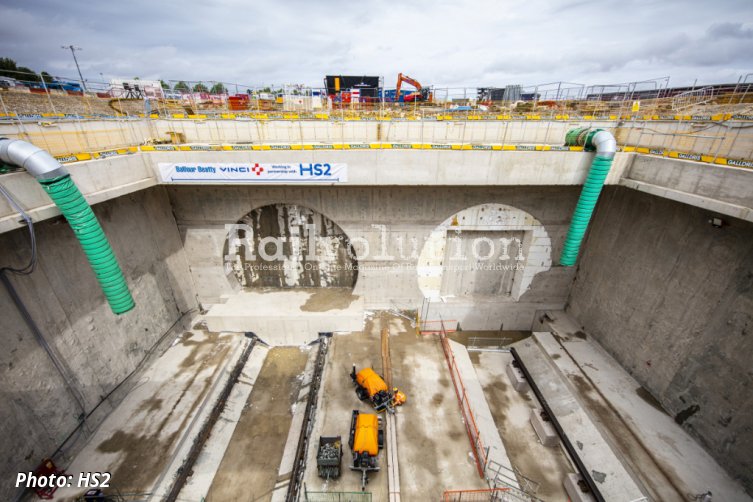 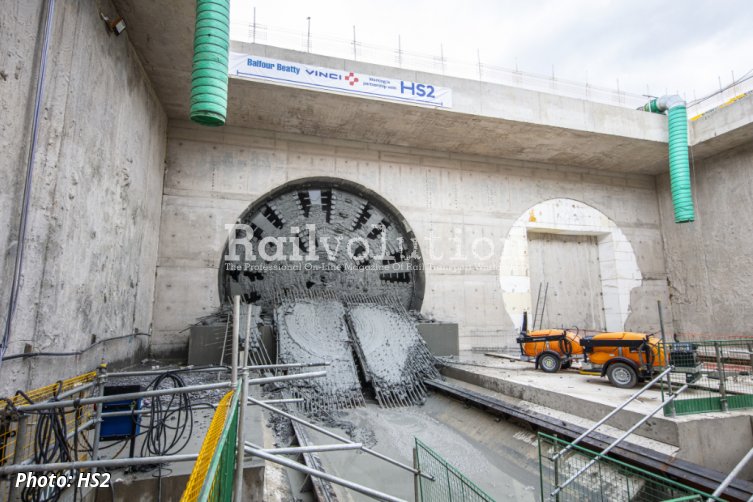 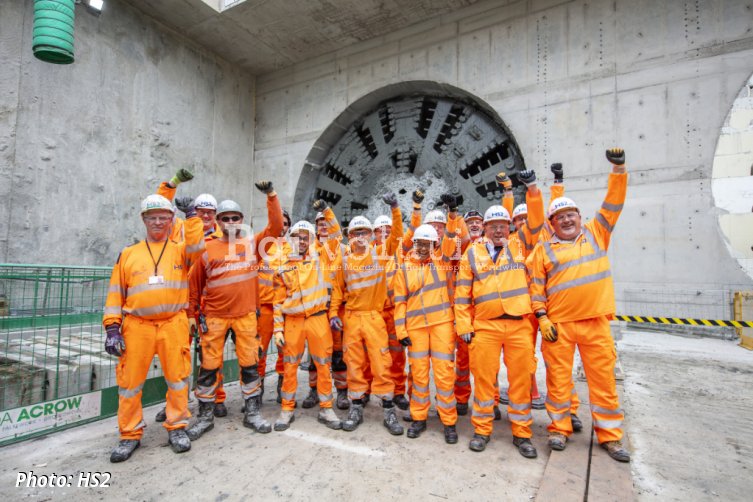 On 26 July 2022, HS2 Ltd celebrated the very first tunnelling breakthrough on Europe’s largest infrastructure project. A 2,000-tonne TBM named ‘Dorothy’ (after Dorothy Hodgkin, who in 1964 became the first British woman to win the Nobel Prize in Chemistry) has completed its one-mile dig under Long Itchington Wood in Warwickshire.

The giant 125 m long TBM, which started its journey at the tunnel’s North Portal in December 2021, broke through the wall of the reception box at the South Portal site on 22 July. Nearly 400 people working for HS2’s main works civils contractor Balfour Beatty VINCI (BBV JV) have delivered this important milestone on the HS2 project.

The expert tunnelling team have been working around the clock in shifts for seven months to operate the TBM, which has put 790 concrete rings in place, with each ring made from eight two-metre-long segments. The tunnel preserves the ancient woodland above, which is classified as a Site of Special Scientific Interest (SSSI) and has complex ecosystems that have taken hundreds of years to establish.

Creating both bores of the tunnel, the machine is removing around 250,000 cubic metres of mudstone and soil, which is being transported to the on-site slurry treatment plant where the material is separated out before being reused on embankments and landscaping along the route. A 254 m long conveyor at the north portal site, which takes the excavated material over the Grand Union Canal, removes the equivalent of around 30,000 HGVs from local roads, reducing impacts on the local community and cutting carbon.

Over the next four months, the cutterhead and front section of the TBM will be dismantled and transferred back to the north portal, while the bulk of the machine will be brought back through the tunnel. It will be reassembled, ready to launch for the second bore of the tunnel.