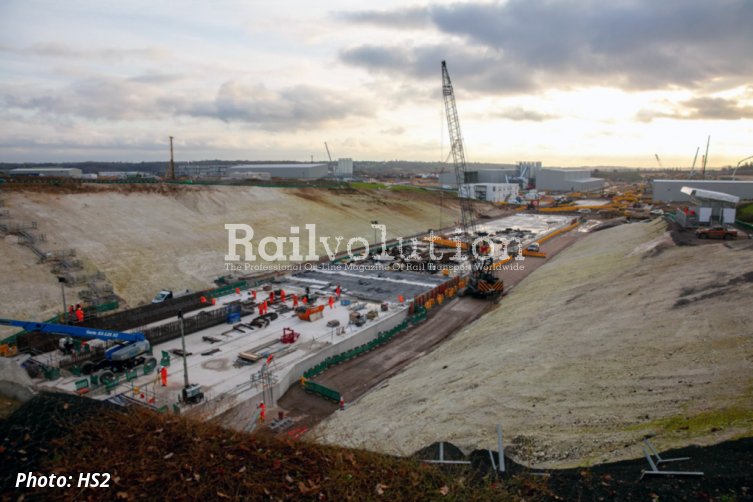 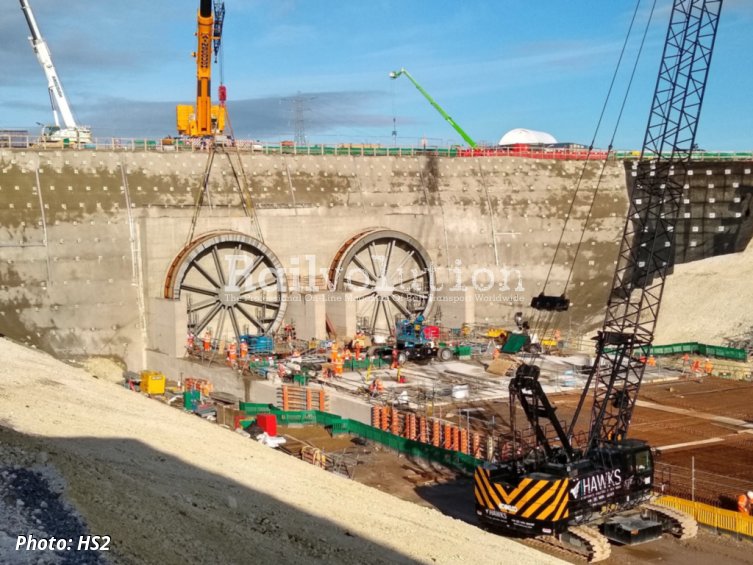 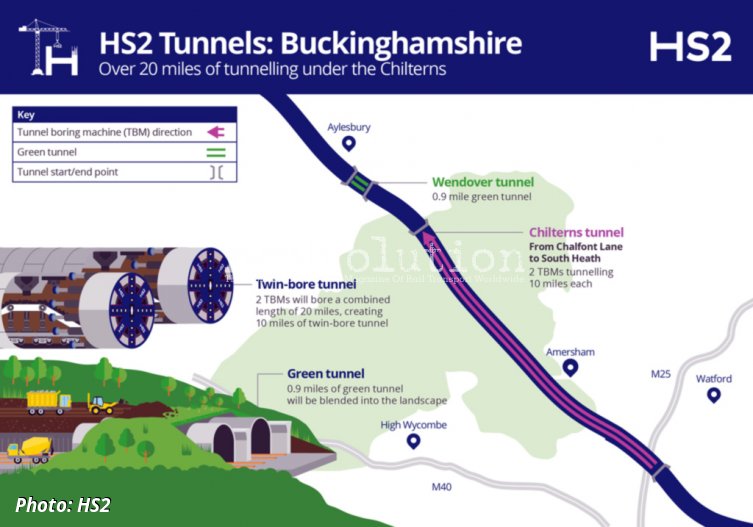 On 8 December 2020, HS2’s first two Tunnel Boring Machines (TBMs) have arrived in the UK and will be ready to start work on the UK’s largest infrastructure project early next year. The two enormous 2,000 tonne machines - named Florence and Cecilia - will now be meticulously reassembled, tested and commissioned, by an expert team of tunnelling engineers, before they start work on the high speed rail project’s first tunnels.

The 10-mile-long ‘twin bore’ Chiltern tunnel will be the longest on the project, the first to start construction, with the TBMs set to be underground, working 24/7 for more than three years. Designed specifically for the mix of chalk and flints under the Chilterns, the two identical TBMs will dig separate tunnels for north and southbound trains, with Florence set to launch first and Cecilia to follow a few weeks behind.

Each machine operates as a self-contained underground factory, which as well as digging the tunnel, will also line it with concrete wall segments and grout them into place as it moves forward at a speed of 15 m a day. Each tunnel will require 56,000 segments - which will all be made on site. A crew of 17 people will operate each TBM, working in shifts to keep the machines running 24/7. They will be supported by over 100 people on the surface, managing the logistics and maintaining the smooth progress of the tunnelling operation.

These first two TBMs will be operated by HS2’s main works contractor, Align - a joint venture formed of three international infrastructure companies: Bouygues Travaux Publics, Sir Robert McAlpine, and VolkerFitzpatrick. The Align Joint Venture expects to recruit 1,200 vacancies, with over 100 opportunities for apprentices. They plan to target their recruitment and investment in upskilling local people who are currently unemployed, with a particular focus on women, under 25s and those with disabilities.

This is another great example of the vital role HS2 continues to play in the UK Government’s Plan for Jobs to protect, support and create  employment, which has helped millions of people to continue to provide for their families over the past eight months of the COVID-19 crisis.

Built by Herrenknecht, a world leader in TBM manufacturing, at its factory in south-west Germany, the two 170 m long machines were transported to the UK in more than 300 separate shipments over the course of two months, with the parts now safely delivered to the Align Chiltern tunnel site, to the west of London just inside the M25.