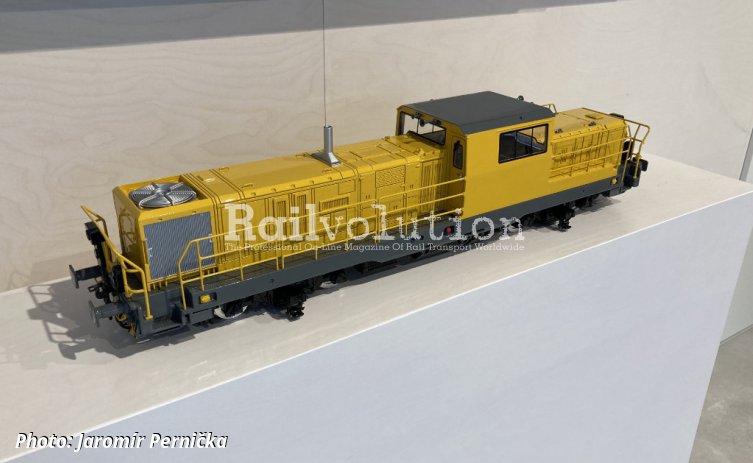 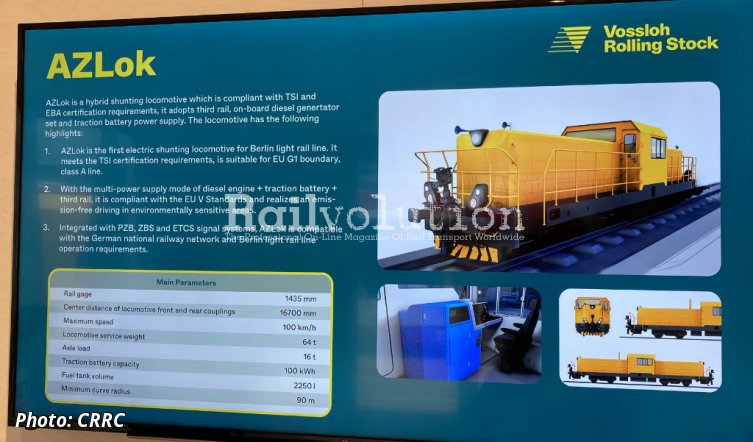 In the form of a model, AZLok as a representative of the framework contract signed between CRRC and DB Netz on 25 May 2018 was present at the Vossloh Rolling Stock stand. The contract covers the delivery of four to twenty Class 1004.5 three-source locomotives, intended for track maintenance on German S-Bahn networks; therefore, in addition to diesel and battery power, they also have shoes for third-rail power supply.

Locomotive 1004 501 arrived in Hamburg in February 2020 and by November 2021 three were in the country for testing and approval process. CRRC states that a fourth is now in Germany and that a total of eight have already been built in China, with the remaining four envisaged to arrive in Germany next year. A required TSI homologation is expected to be achieved by the end of 2022. The DB Netz order originally planned for first AZLoks to begin operations as early as summer 2021.