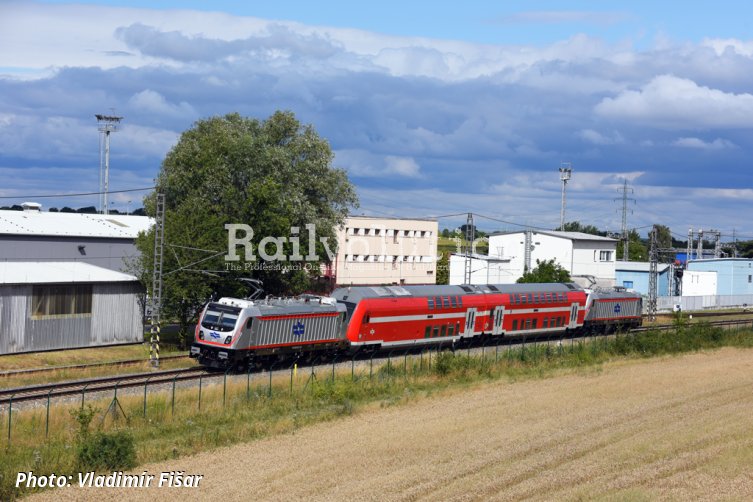 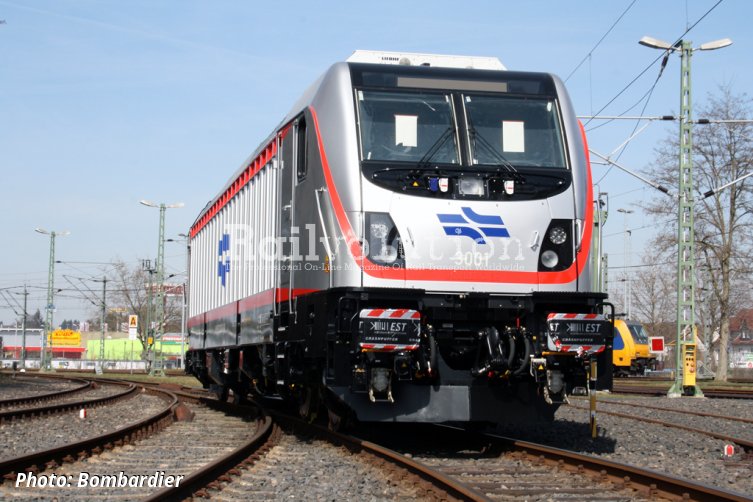 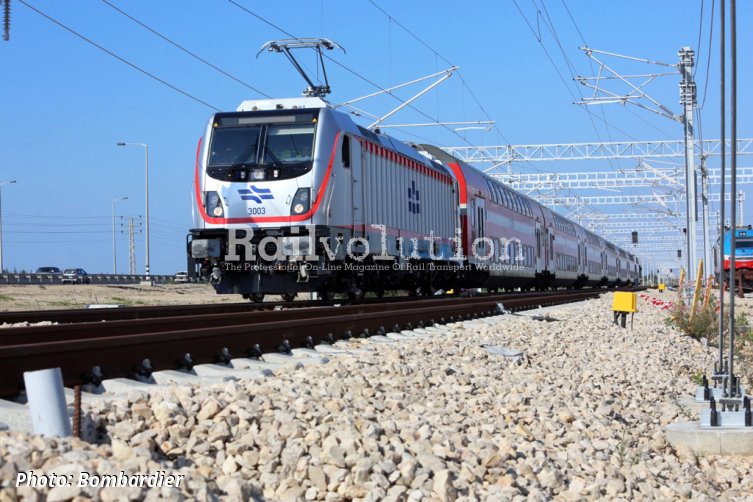 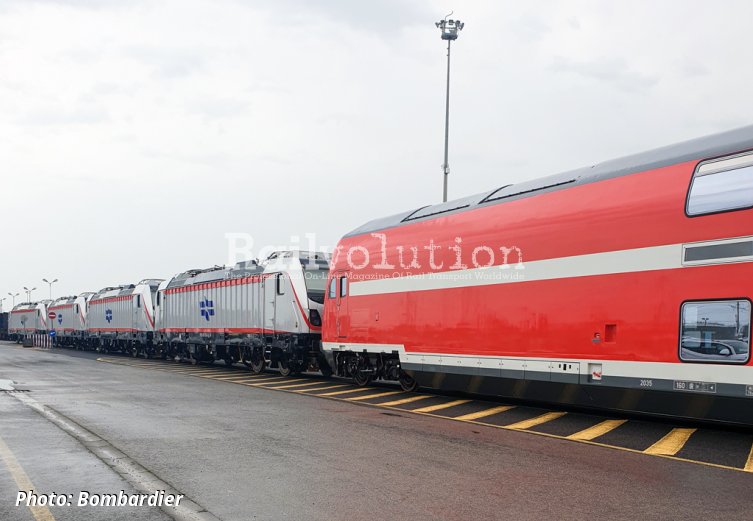 In September 2015 Israeli State Railways (ISR) ordered 62 TRAXX 160 km/h P160 AC3 locomotives worth 230 million EUR, the contract including an option for 32 more, this not being taken up by now. Rated at 6,000 kW and operating off 25kV 50 H, they are be based at Lod depot, with maintenance realised by ISR. By spring 2017 the first three, 3001 to 3003, had been completed. They were delivered to Israel since the second half of 2017 and the remainder of the batch was announced to follow during 2018.

Until end of 2020 eight more locomotives, up to 3027, are scheduled for delivery to Israel. For the remaining TRAXXes up to 62 on order Bombardier states that they will be built in the following years, in alignment with the operator's requirements. ISR is electrifying its network, and these new locomotives will play a key role in this. They will be used in conjunction with rakes of TWINDEXX Vario double deck carriages, of which almost 600 examples have in the past been built for ISR by Bombardier.

The first were ordered in 1999, and under the original framework contract 147 had been delivered by 2006. Of these 31 were driving trailers, equipped with diesel generators for powering-up the trains’ air-conditioning systems and auxiliaries, since ISR’s diesel locomotives would not have sufficient spare power for this purpose.

The second framework contract was awarded to Bombardier on 11 October 2010. This involved 78 more TWINDEXX Varios, 68 intermediate cars and ten driving trailers. Of this batch, 18 intermediate cars were to be used for lengthening the existing five-car rakes to six cars. An option for 72 more carriages, 12 of these driving trailers, was taken up on 14 December 2010. The carriages from both these orders were delivered by 2012.

The next order came on 26 September 2012, again for 72 TWINDEXX Vario cars, of which 12 were driving trailers. Deliveries ran from March 2014 to February 2015. These were the first carriages completely prepared for 160 km/h running, because they were destined for use on the new double track railway from Tel-Aviv to Jerusalem, whereas the earlier batches were designed for 140 km/h running.

On 21 March 2016 another 60 intermediate TWINDEXX Varios were ordered, with deliveries planned for March 2017 to July 2018. These were used for lengthening the existing rakes to eight cars. Each rake then has over 1,000 seats. The subsequent order came on 10 May 2017, involving 33 TWINDEXX Varios, all intermediate cars, to be delivered by February 2019. Bombardier states that these are an enhanced version of those currently in service, one new feature being a safety system which ensures that the entrance doors are properly closed before the train starts to move. This feature is to be retro-fitted to the earlier batches of TWINDEXX Varios, as well. When all these carriages were delivered, ISR fleet achieved a number of 462 TWINDEXX Varios, enabling the operator to form some 65 rakes of differing lengths.

On 31 December 2017 a sixth option was ordered, for 54 cars, worth 104 million EUR, with delivery scheduled to be completed by August 2020. The new cars will be fully compatible for operation on ISR’s first electrified line, the A1, which connects Tel-Aviv and Jerusalem. ISR and Bombardier teams collaborated closely to develop the necessary technical adjustments required to enable the trains to operate in tunnels and on electrified lines. This batch consists of 11 driving trailers, 11 intermediate cars with dedicated space for people with reduced mobility and 32 intermediate trailers. The driving trailers will no longer use diesel generators to feed auxiliary systems and air conditioning as the TRAXXes will provide more than enough power for both traction and auxiliaries. Additionally, the driver’s desk in the cabs are re-designed to be identical to that of the TRAXX electric locomotives. However, this sixth option was corrected in March 2018 and reduced to only 48 coaches.

The seventh option, worth around 147 million EUR, was announced in June 2019, to provide 74 TWINDEXX Vario cars. This batch includes 11 driving trailers for operation with TRAXXes, also compatible with diesel locomotives, 11 intermediate cars with dedicated space for people with reduced mobility and 52 intermediate trailers. Deliveries are scheduled to be completed by December 2021. By the end of February 2020 Bombardier delivered the 500th TWINDEXX Vario carriage to Israel.

So far, Israeli State Railways have ordered a total of 584 TWINDEXX Vario cars. Bombardier provides a full servicing and maintenance programme for ISR’s new stock at a depot in Haifa. Here the 293 TWINDEXX Varios which have been delivered to date (some of these carriages have already been decommissioned) are being modified to enable 160 km/h running on those lines which have been recently electrified. So far the diesel generators have been retained, though ISR may in the future dispose of them.

Initially the TWINDEXX Varios were built at Görlitz works. However, in mid-2016 their production was relocated to Bautzen. The cars were also completed at ISR’s works in Be’er Sheva, employing local labour. In May 2017, following the delivery of eight carriages from the 2016 order, Bombardier employees started training local staff there in readiness for completing this latest batch of carriages. Commenting the June 2019 contract, Bombardier stated: „This order will strengthen and also benefit from the ongoing transformation of our two sites in Saxony - Görlitz, as the competence center for bodyshell production, and Bautzen, as our industrial lead site for serial production. In addition, we will continue progressively developing our local supply base and the railway industry in Israel, in particular through the increased involvement of our final assembly site of MTR at Dimona.“