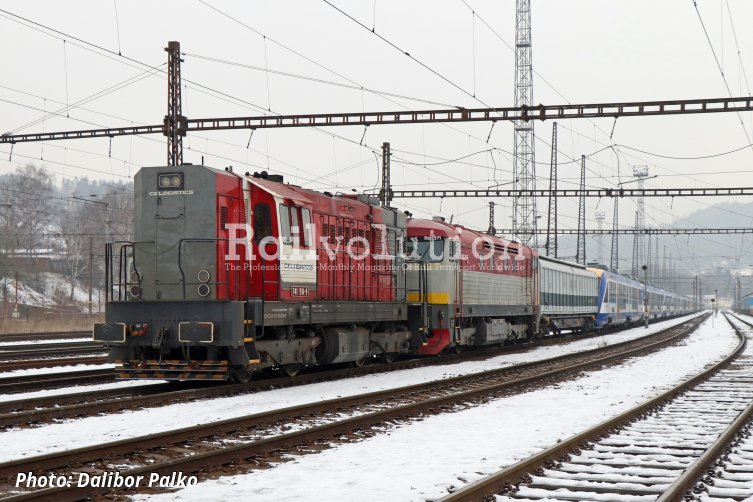 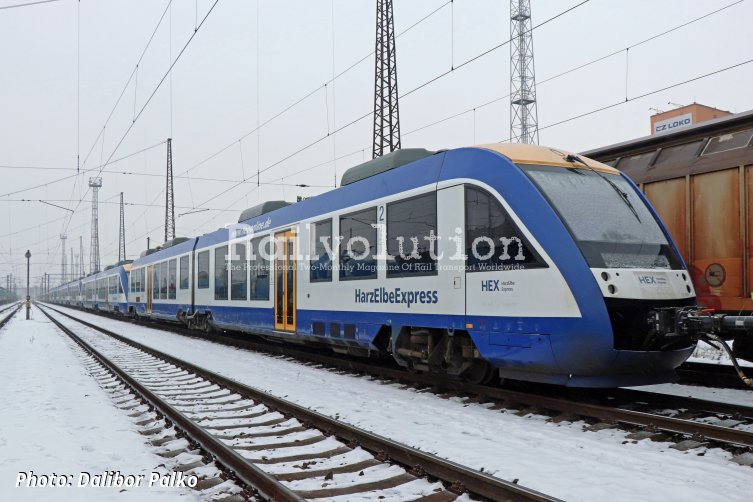 To provide the PSO services for which it has submitted bids, Leo Express made an advance move by hiring a batch of Coradia Lint DMUs from Beacon Rail Leasing. These, until 9 December 2018, were used by Transdev Sachsen-Anhalt on the Harz-Elbe-Express group of services. During the night of 19/20 December ten two-car  Lint 41 DMUs and four Lint 27 diesel railcars were moved from Germany to Česká Třebová, haulage from the border being provided by CZ Logistics’ locomotive 741.516 and KPKV’s 749.254. They were stabled during the 20th in Česká Třebová, as shown in these photos. On the following night they were then moved to Hranice na Moravě.