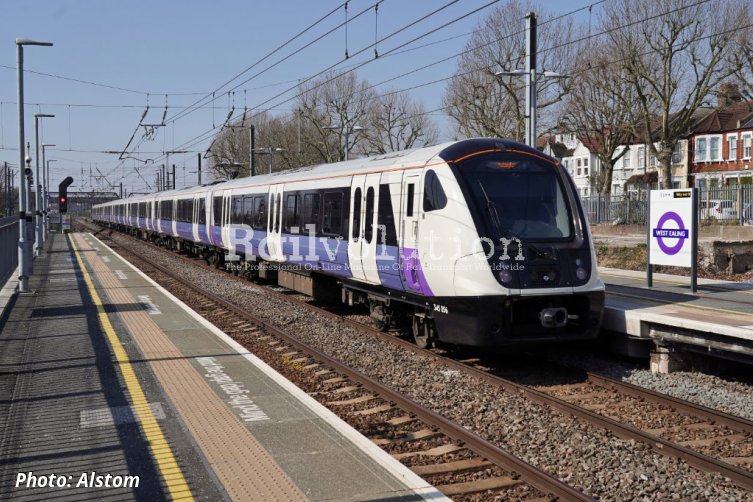 On 24 May 2022, London’s new Elizabeth line has officially opened to the public. This project, worth 19 billion GBP, is not only a big milestone for the British railway industry but for all Londoners. The transformational railway will reduce journey times, create additional transport capacity, improve accessibility and provide a huge economic boost to the capital and beyond. The Elizabeth line will be operated by MTR Elizabeth line as a concession of Transport for London.

The new railway through central London uses the Class 345 Aventra fleet between London Paddington and Abbey Wood station. The EMUs built by Alstom (ex-Bombardier), are already in service between Paddington, Heathrow Airport and Reading on the west, and also run between London Liverpool Street and Shenfield on the east. The 70 seven-car and nine-car trains have been designed and built at Derby and are maintained by Alstom at Old Oak Common depot in West London. Alstom will maintain the trains for the next 32 years as part of the rolling stock and services provision contract.

Alstom has also supplied technology and infrastructure for this new line and will also maintain the trains. The Alstom-led ATC joint venture, formed with partners TSO and Costain, has designed, constructed, tested and commissioned critical infrastructure works for the new 55 km line.

ATC has delivered the traction power supply for the trains, incorporating Alstom’s in-house feeding systems, non-traction power supplies for the stations, shafts and portals, tunnel ventilation systems and other electrical and mechanical systems, laid the track (including 5500 HAS sleepers), and built a new maintenance depot at Plumstead. ATC has been the Principal Contractor for the entire railway construction, managing safety, logistics, testing and commissioning between more than twenty interfacing contractors.