Mireo Plus B For Denmark 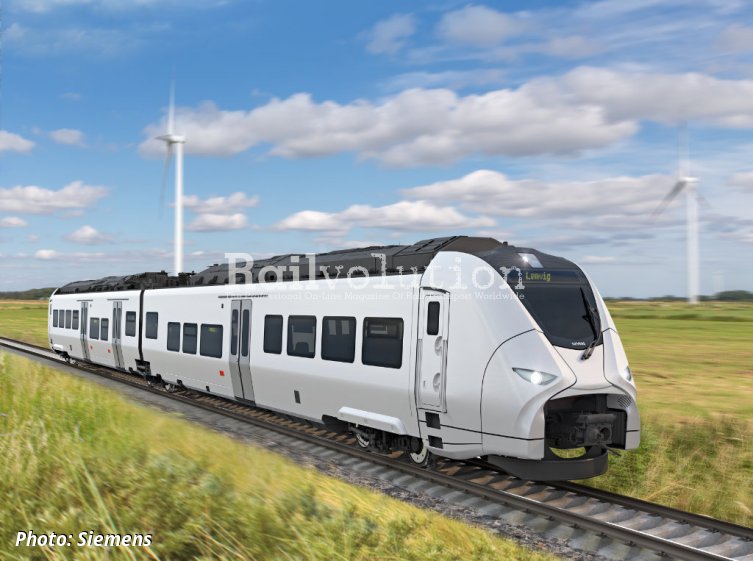 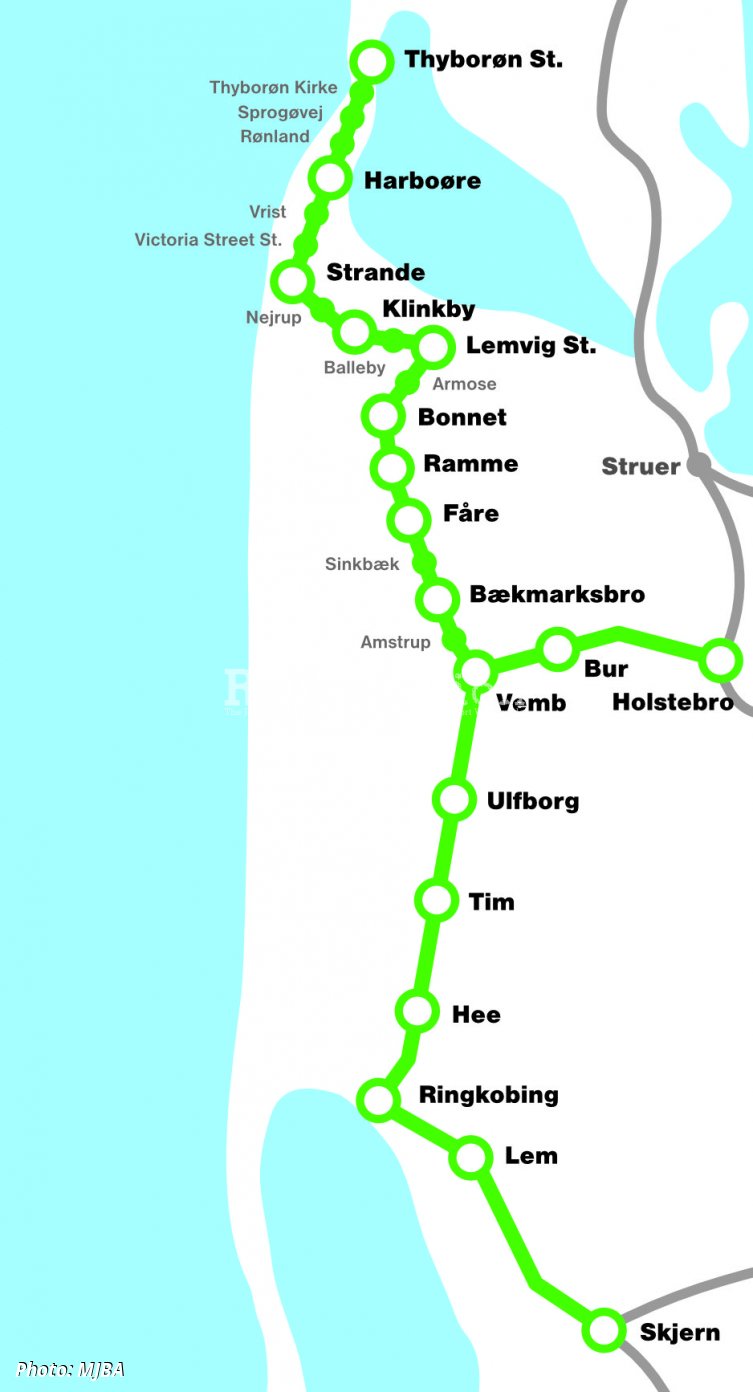 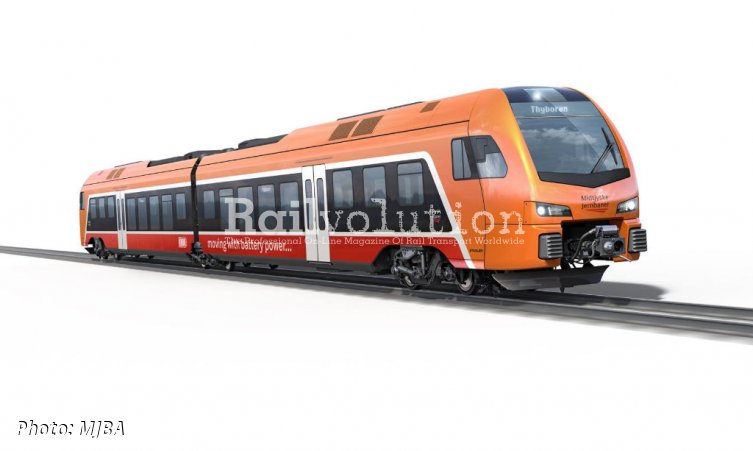 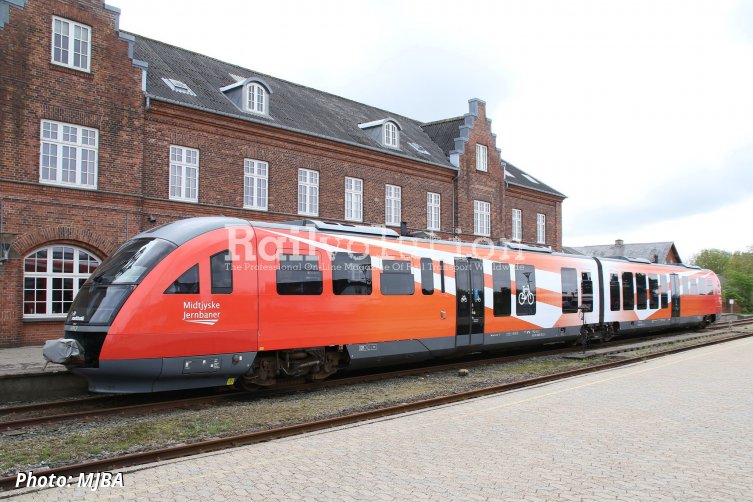 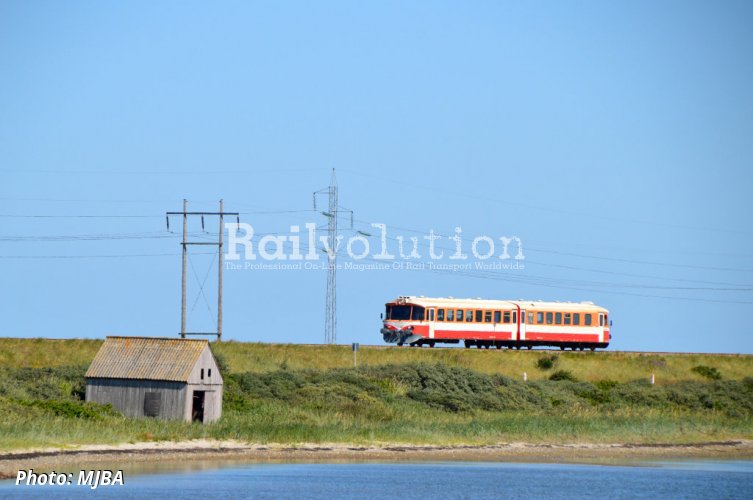 On 2 May 2022, Siemens Mobility announced an order for the delivery of seven Mireo Plus B regional BEMUs to Midtjyske Jernbaner (MJBA). However, the winner of the relevant international tender was already announced by the operator on 15 March, when also the contract was signed. It is planned that the first Mireos will be in service on both lines in by the end of 2024, and all seven are expected to run from January 2025.

History Of The Order

The MJBA operates passenger services on the Vemb - Lemvig - Thyborøn (60 km, called Lemvigbanen) and Holstebro - Skjern (71 km) lines in the west of Midtjylland (Central Jutland). This is the first order for battery trains in Denmark, more specifically for electric multiple units with traction batteries (BEMUs). The contract described is part of a pilot project to replace all diesel-powered vehicles on Danish railways, and is dating back to 2019. At that time, MJBA management began to address the replacement of the DMUs on the Vemb - Lemvig - Thyborøn line, of which the Class Y DMUs in particular were already at the edge of their service life.

It is also increasingly difficult to find spare parts for them (for which MJBA also uses Y-tog units withdrawn by other operators). While there was also the option of replacing DMUs with buses, the Danish government's aim is not to restrict rail services; although MJBA carries just over 200,000 passengers a year, this is considered a good figure in this sparsely populated area.

Initially, the purchase of new DMUs was considered, but in November 2019 the decision was made to purchase battery-powered trains. The reasons were basically three: advances in traction battery development, the economic disadvantage of electrification of both lines, and the fact that Lemvig and the Ringkøbing-Skjern area are the places in Denmark where most of renewable energy is produced from wind and solar power. The whole area is situated on the North Sea coast and, for example, Denmark's largest solar farm, covering 222 ha and generating 207 MW, was opened last year near Bur (between Vemb and Holstebro).

The Midtjylland region then approved the financing of the purchase of three BEMUs, to which it contributed 200 million DKK (around 26.8 million EUR). Subsequently, the Danish government realised the benefits of this project and decided to use the MJBA as an „eksperimentarium“ for the introduction of BEMUs on other regional lines with the overall aim of introducing emission-free trains throughout Denmark. This will give MJBA the necessary experience in tendering and operating the first BEMUs in the country and will uncover and solve the initial problems that will necessarily arise in such a project.

Therefore, the MJBA management has started to gather initial experience and began a market dialog. The MJBA representants visited Berlin in October 2019, where they visited Stadler to see its prototype FLIRT AKKU 1427 000 A, which was also taken on a presentation run on the Heidekrautbahn . At the same time, it was also intended to carry out test runs in Denmark in 2020, but these did not take place in the end, as the country does not yet allow the operation of BEMUs fed with power (battery charging) from catenary.

There was also a visit at Bombardier Transportation in Hennigsdorf to view its Talent 3 BEMU 8442 100. In early December 2019, MJBA representatives then travelled to Siemens in Wien, where they visited the ÖBB TS Jedlersdorf workshops and saw the Desiro ML 4746 049, which was temporarily fitted with traction batteries in 2018 and handed over to ÖBB for test operation in September 2019. All three companies then submitted their proposals for solution to the MJBA's operational requirements.

At the beginning of May 2020, MJBA announced that it was preparing the tender documents for the BEMU tender and also that it was preparing to take over the operation on the Holstebro - Skjern line from Arriva as of 13 December 2020. This happened on the basis of a political decision to divide the state railway network into electrified and non-electrified parts. The Ministry of Transport, Construction and Housing has offered the Midtjylland region to take over responsibility for passenger operation on the Holstebro - Skjern line, despite Arriva was the operator and won the last tender again from 2020 to 2028 (with option to 2030).

Subsequently the Midtjylland’s Regional Council has agreed to take over the financial responsibility for operation on the Holstebro - Skjern line. In practice, this means that the Midtjylland Region orders the train services by Midttrafik (MJBA) through Midttrafik. The latter is financed by Midtjylland and 19 municipalities in the region. However, the national rail infrastructure manager Banedanmark is responsible for the Holstebro-Skjern line itself and the traffic management on it. This was new for MJBA, as the Vemb - Lemvig - Thyborøn line is maintained by the company itself.

On 8 April 2021 the government published its plan „Danmark fremad - Infrastruktur 2035“ (fremad = forward), which included the forthcoming MJBA tender. The infrastructure development plan was adopted in the summer of 2021 and allocated 330 million DKK to MJBA (approx. 44.4 million EUR) for the purchase of four battery trains for the Holstebro - Skjern line and for the construction of charging infrastructure. This brought the tender volume to a total of seven units and the MJBA tender was launched in April.

On 28 May 2021, MJBA announced that Alstom (ex Bombadier Transportation), Siemens Mobility and Stadler Rail had been provisionally selected as suppliers. In the end, only two of these companies remained, as Alstom could not bid for the Talent 3 family after the merger with BT, as it had to be removed from its product portfolio (together with the Coradia Polyvalent family) according to European Commission requirements and was eventually sold to CAF in November 2021.

Thus, on 15 March 2022, Arne Lægaard, Chairman of the Board of Midtjyske Jernbaner, announced: „We have gone through a long and informative selection process and are pleased to inform our employees, customers and the wider public of the outcome. In the final stage of the tender process, two suppliers decided to submit final bids. After a careful evaluation, we have decided on Siemens Mobility.“

The latter will deliver seven of two-car Mireo Plus B units with a top operating speed of 140 km/h, a power output of 1,700 kW both on the catenary and batteries. The Mireos will offer a working range of around 80 km on batteries, which can be charged from charging stations, with energy from the electrodynamic brake and from the overhead line. However the latter is here only theory, because the MJBA Mireos will not run under the catenary when in regular passenger service.  Their pantograph will therefore only be used in charging stations (Lemvig, Skjern, Holstebro), so they will de facto operate as battery-only trains.

As the new treains will be heavier than the current ones, both lines will be upgraded with concrete sleepers instead of wooden ones and stronger rails. This will ensure a better ride quality, but it is also necessary to cope with the increasing volume of freight traffic.

Furthermore, the construction of charging infrastructure will be carried out, where MJBA will build charging point at Lemvig station and the Banedanmark will build charging stations at Skjern and Holstebro. This activity has also given rise to the „Klimatorium“ project, in which the entire area of the Lemvig station will be converted into a 'green' climate area in cooperation with the municipality of Lemvig. In addition to the trains, Midttrafik's forthcoming battery buses are expected to be charged there, and motorists will also be able to charge their electric cars.

For the purchase of the new trains, MJBA established the subsidiary MJ Batteritog in March 2020.  The Mireos will also have to go through an approval process with the transport agency Trafikstyrelsen before being allowed to operate on Danish lines. The MJBA will carry out the maintenance of these trains itself at its Lemvig depot, where the necessary adaptations must still be made to the objects in question.

The MJBA contract represents the order for Mireo Plus B units from a third customer and the first order outside Germany. The Landesanstalt Schienenfahrzeuge Baden-Württemberg (SFBW) ordered 20 units in March 2020, plus three more last year for operation on the so-called Hermann-Hesse-Bahn (HHB). This 22 km long Weil der Stadt - Calw line, west of Stuttgart, is now being reactivated and is due to start operating in 2023; originally, according to the 2014 plan, it was considered to be revived in 2018 and to operated by hydrogen Lints from 2021, but this was eventually abandoned.

Niederbarnimer Eisenbahn (NEB) then ordered 31 Mireo Plus B units in November 2021, which will be financed by the Alpha Trains.

Captions to the photos:

1) With the arrival of the BEMUs, the current MJBA fleet, which range in age from 20 to 40 years, will be phased out. The older ones include four Y-tog units, also referred to as VLTJs after the company's original name, Vemb-Lemvig-Thyboron Jernbane (before it was renamed MJBA in 2008). These have designation YM-YM 12, YM-YS 14, YM-YS 16 and YM-YM 40, were built in 1982 at Waggonfabrik Uerdingen (now Siemens Krefeld) and named Lynette ("lightning"), even though their top speed is only 80 km/h. That doesn't matter too much here, as the top speed on Lemvigbanen is only 75 km/h anyway. MJBA is now the last operator of this type in Europe. Here one Y-tog is pictured near Lemvig.