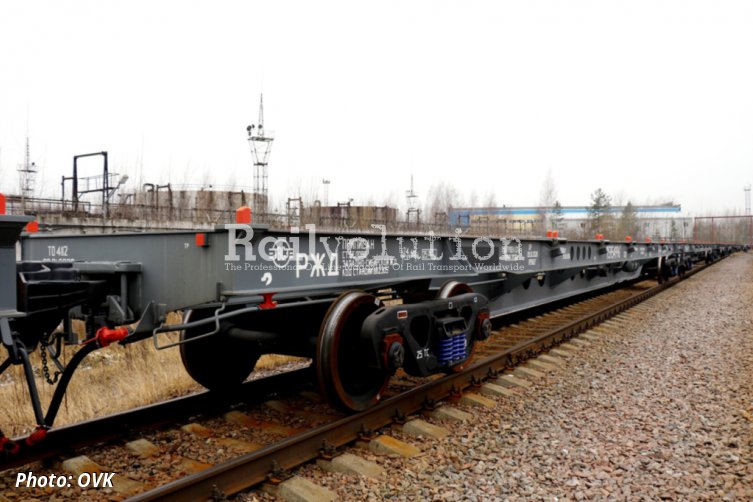 In early March 2021, OVK (UWC) announced that it will supply 1,000 large-capacity container wagons to the intermodal container operator Trans Sinergia (Trans Synergy) during 2021. They will be delivered under a trilateral contract signed between the OVK Group, GTLK (Gosudarstvennaya Transportnaya Lizingovaya Kompania, the State Transport Leasing Company) and Trans Sinergia, Moskva

This is the second agreement between the companies: 360 wagons ot the same type were ordered in December 2020. According to Stanislav Stankevich, Trans Sinergia Executive Director, the company's strategy is to become a leader in the railway container transportation, which requires intensive expansion of its fleet.

The competitive advantage of the innovative Model 13-6903 wagons is its increased payload of 74.5 t with a loading length of 80 ft. The wagons can carry containers, including refrigerated ones, and tank containers of various sizes with a gross weight of up to 36 t.

Stanislav Stankevich also added: „The company is currently in an active development phase. This year we are faced with the task of increasing our fleet of container wagons over 5,000 units. From the outset, Trans Sinergia has been building its fleet with new generation wagons, the technical and economic characteristics of which are considerably superior to their counterparts running on the network, which gives us a significant advantage over our competitors.“