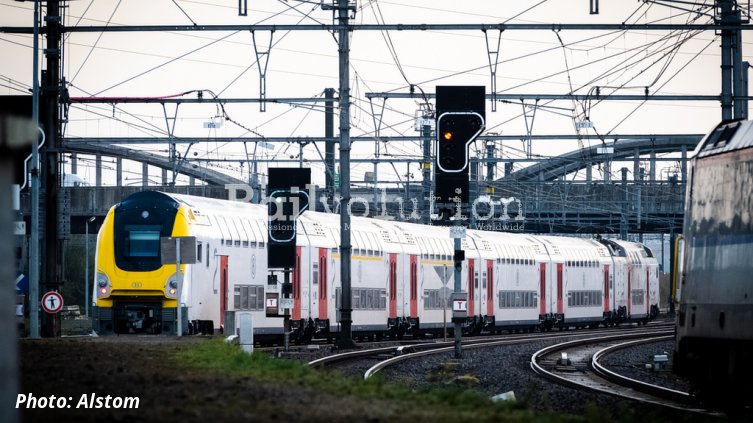 On 20 December 2021, Alstom has received a new order to supply a further 98 double-deck M7 multifunction cars to SNCB. The order forms part of a framework contract signed in 2015 for the supply of up to 1,362 Type M7 cars of a total worth around 268 million EUR. SNCB has ordered a total of 747 Type M7 cars to date.

The new trains provide SNCB with broad operational flexibility since the cars can operate as EMUs or can be hauled by specialised stock along with other car types. The M7 trains can operate up to a speed of 200 km/h across Belgium’s electrified network and on cross-border lines linking the country with the Netherlands and Luxembourg.

The M7 power car was developed by Alstom at its Valenciennes double-deck centre of excellence. The M7 cars are assembled at the sites in Bruges and Valenciennes. The Crespin plant performs the bodyshell assembly of the trailer cars. Alstom's center of excellence in Charleroi supplies the traction system and the on-board ETCS, while the Siegen site supplies bogies for the M7 trailer cars and Le Creusot plant produces the bogies for the M7 driving  trailers.