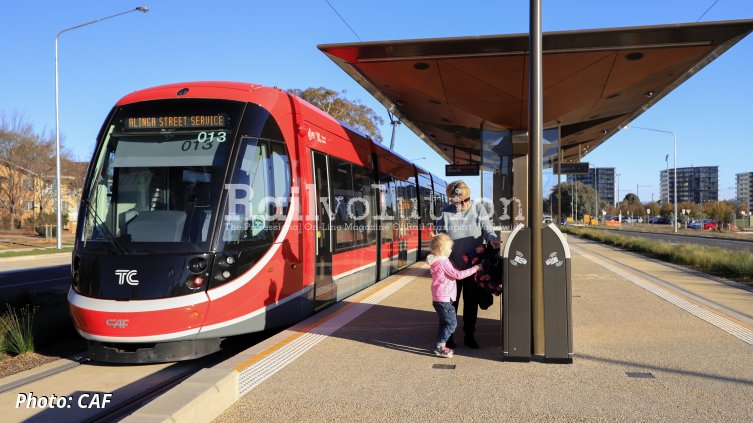 On 12 September 2022, CAF announced that ÜSTRA Hannoversche Verkehrsbetriebe has chosen it to supply 42 Type TW 4000 trams worth 149,98 million EUR. The contract provides an option for up to 233 additional trams. The first vehicles are scheduled for delivery in the second half of 2025 with the start of pasenger service envisaged in 2026.

Hannover, the capital of the state of Lower Saxony, with more than one million inhabitants in its metropolitan area, is one of the most important industrial and service hubs in the country. The Hannover contract contemplates the upgrade of the current fleet, as old TW 6000 and TW 2000 models will be replaced with modern trams. The new units will also improve passenger experience in terms of vehicle accessibility, passenger information systems and riding comfort.

In addition, the Australian Capital Territory has once again renewed its trust in CAF through the operator of the Canberra tramway line, Canberra Metro Operations, for the supply of five additional trams equipped with OESS (On Board Energy Storage Systems) to operate on catenary-free track sections. These trams add to the 14 ones previously supplied to the Australian capital.

Furthermore, the agreement provides for the maintenance of the new trams together with the upgrade of the previously delivered fleet fitted with the OESS accumulation system. The upgrade equipment will be similar to that on the new vehicles, and will permit catenary-free operation for the entire fleet of vehicles on the city's light rail line. The new trams will run on the existing line linking the Gungahlin area to the centre of the Australian capital and on its future extension, and will thus provide a response to the expected increase in demand.

These two contracts related to the cities of Hannover and Canberra in excess of 220 million EUR reinforce the company's significant orders, which reached a record figure of more than 10.7 billion EUR at the close of the first half of the year.