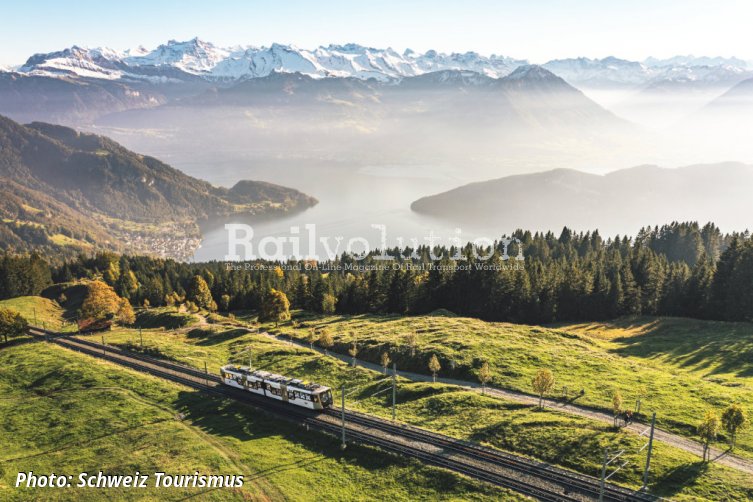 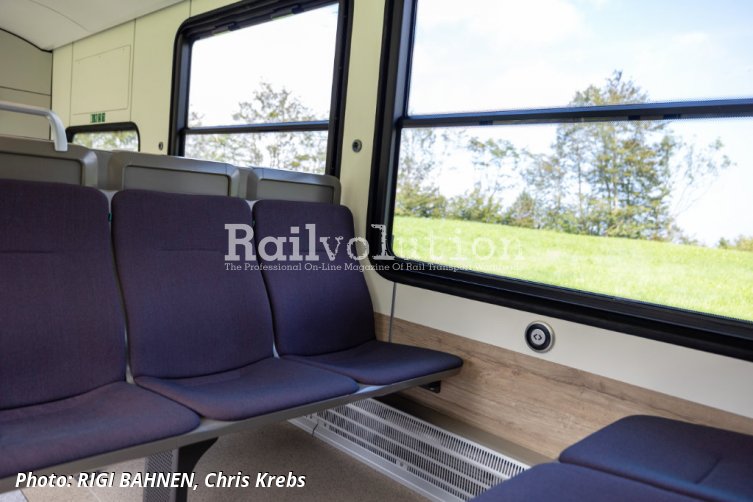 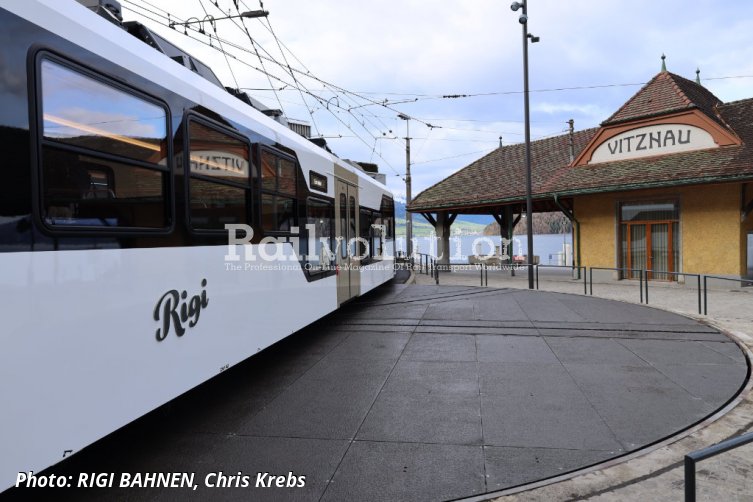 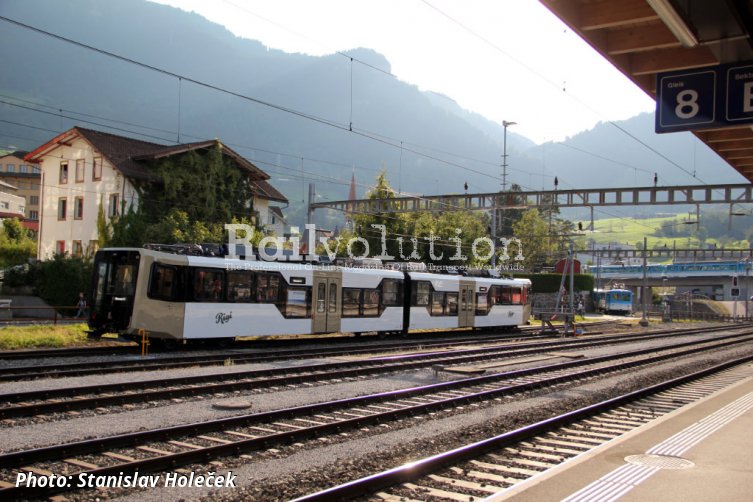 On 8 April 2022, three new EMUs started regular passenger service on the Rigi-Bahnen cogwheel railway between Vitznau and Rigi Kulm. In 2022, there will be a total of six these trains, which means that five of the older vehicles (two railcars and three sightseeing cars) will be withdrawn from spring 2022.

In the future, the new EMUs (which were nicknamed "Bratwurst", i. e. "Fried sausage", by the railway fans) will work on both Rigi lines, but as of now the operator is not able to announce the exact time when the trains will be running on the Goldau line, because various works still have to be completed.

The new EMUs, designated Bhe 4/6 41 to 46, were built by Stadler Bussnang following an order from May 2019. The first two were delivered to Rigi-Bahnen in September 2021. Since then, they have been subjected to extensive testing. Following their approval by the BAV on 28 March 2022, they entered service. At present, Bhe 4/6 41 to 45  are at Rigi Bahnen, three of them in service and two in type testing. The final train, Bhe 4/6 46, is still at Stadler.

Each Bhe 4/6 consists of two cars, connected by a Jakobs bogie. The relatively large distance between the bogie centres (more than 13 m), and the wide bodyshells (3 m) allow 150 seats to be accommodated in a 2 + 3 arrangement while offering multifunctional compartments with space for sport equipment, prams or wheelchairs. If required, the transport capacity can be increased by runing two units in multiple using a Type 330 automatic coupling.

To maximise passenger space inside, most of the technical equipment is installed on the roof, including two water-cooled IGBT converters that integrate the inverters for the traction motors, as well as the converters for the auxiliary drives and battery chargers. The traction converters allow for recuperation of energy from the EDB to the catenary. In case other trains on the line do not consume the recuperated energy, it is disspated in the brake resistors.

Power is provided by two asynchronous traction motors in each of the two outer bogies. The traction motor, the axle-box, the band brake and the axle form a nose-suspended single unit. The powered wheels are permanently in engagement (there are no adhesion sections on the Rigi railway), so that all driving and braking forces are transmitted only through the cog gear and rack and pinion.

Four pneumatic band brakes act on each powered axle: two proportionally controlled (Brake System 1) are designed to stop the train at speeds up to 5 km/h, and the other two (Brake System 2) are not adjustable, can only be fully activated or fully released, and ensure safe stopping of the vehicle at stations, during stabling and as an emergency brake. Traditional brake discs or brake shoes acting on the wheels are omitted here as their effect would be equally limited on steep gradients. For the same reason, the brake on (non-powered) Jakobs bogie was omitted.