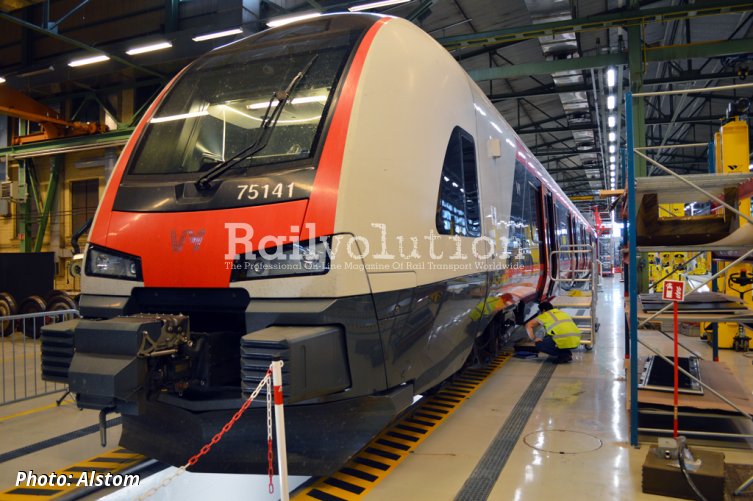 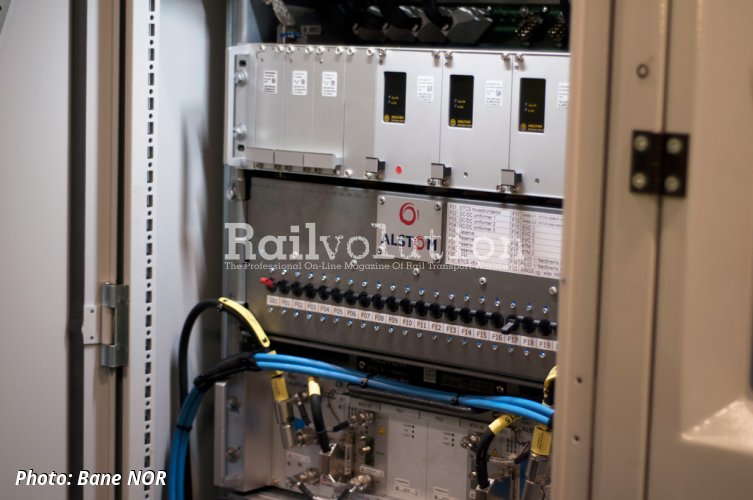 For the first part of the article follow this link.

Alstom Atlas OBUs in Norway have new "data fusion" odometry, the technology certified as part of the ETCS OBU in June 2020. Due to the limitation of the Doppler radar, Alstom has introduced a complete new odometry system for the ERTMS on-board system. It is completely independent of climate conditions such as heavy snow fall and ice.

The system will use GNSS sensors and advanced Inertial Measurement Unit (IMU). The GNSS will use all the four satellite navigation systems present (GPS, GLONASS, Galileo and BeiDou) and the IMUs will ensure correct speed measurement where there is no GNSS coverage.

The system is still undergoing testing with promising results, according to Alstom. The system adopted in Norway will not be prepared for virtual balise concept, even though satellite positioning is used.

The process is done according to Norwegian and EU regulations by Statens jernbanetilsyn. Bane NOR is responsible for bringing infrastructure into service and Alstom has the same responsibility for the vehicles. The 4th railway package which would put Norway under the authorisation processes of EU (ERA) is not applicable to Norway yet and it is still being politically debated.

We asked Bane NOR and Alstom if the lab testing in Campus Nyland brought some findings on how to improve the ETCS equipment for Norwegian conditions: "There were only few points where the devices did not meet Bane NOR requirements, but on the other side some minor problems have occurred with the ETCS specifications. For example minor problems with the IP addresses for RBCs appeared when a vehicle with ETCS OBU tried to contact RBC via GPRS. This issue has been solved now."

In February 2020, Bane NOR chose the Oslo based company RIAS to perform preparatory civil works for the ERTMS rollout on Nordlandsbanen. This work comprises cable ducts, foundations for technical houses and power supply cabinets and started in April 2020. Installation power supply will be completed by two different contracts before the summer 2021. Siemens will begin with the ERTMS technology installations on Nordlandsbanen in April 2021, and it is scheduled to be completed before the end of 2021.

In 2022 Bane NOR is about to start testing it, followed by the scheduled inauguration in October 2022. Simultaneously, several construction works are ongoing on this line which has to be taken into consideration for Siemens installations, such as track layout changes in Mo i Rana station. These projects are all planned to be completed before the opening of Nordlandsbanen with ERTMS in 2022.

On Gjøvikbanen the contractor Gjermundshaug based in Alvdal completed its preparatory work in October 2020. This included cable ducts and foundations for technical houses. Power supply for ERTMS and trackside equipment will be installed during spring of 2021. Siemens will start its ERTMS installations in April 2021, and it is scheduled to be completed by the end of 2021. Testing is about to start in 2022, and the planned inauguration date is December 2022.

Because 2020 was a COVID-19 year we also asked how the pandemic affected the project: "In the fact there was an impact on some deliveries but Bane NOR is doing mitigating measures to make sure the Nordlandsbanen ERTMS will be inaugurated in October 2022."

Training of employees and drivers related to ERTMS have so far mainly been limited to those supporting ERTMS operations on the ERTMS Pilot Line (Østfoldbanens Østre linje). For the National ERTMS rollout program education so far has been limited to technical experts working with the implementation of ERTMS and five train drivers operating the test trains. The program comprises approximately 250 persons. In 2021 education will be expanded to other parts of Bane NORs organisation which totals 3,500 persons.

In November 2020, Bane NOR became the first railway infrastructure manager in Europe successfully implementing the standardised interface between the traffic management system and ERTMS. Both Thales and Siemens on its side implemented the new open standard EULYNX SCI-CC interface to link Thales TMS (Traffic Management System) with Siemens-built IXLs (interlocking) and RBCs. SCI stands for Standard Communication Interface.

EULYNX is a European initiative formed by (nowadays) 13 different European infrastructure managers, one of them being Bane NOR. The initiative is aiming to define and standardise interfaces for the future digital control, command, communication, signalling and automation systems, aiming to reduce lifecycle costs and to provide better support for faster implementation of future services such as ATO. Standardised interfaces make it easier to replace subsystems that, for example, have a shorter service life, instead of having to replace the entire system. The open interface also improves competition between the suppliers and avoids „vendor lock“.

The above mentioned is only the first step, Bane NOR will in its ERTMS project implement not only the SCI-CC but all EULYNX SCI interfaces, which among others include standardised interfaces to all track side objects. EULYNX includes bunch of such SCIs, for example:

End of the article. The rail network in Norway. An interactive map can be found here.