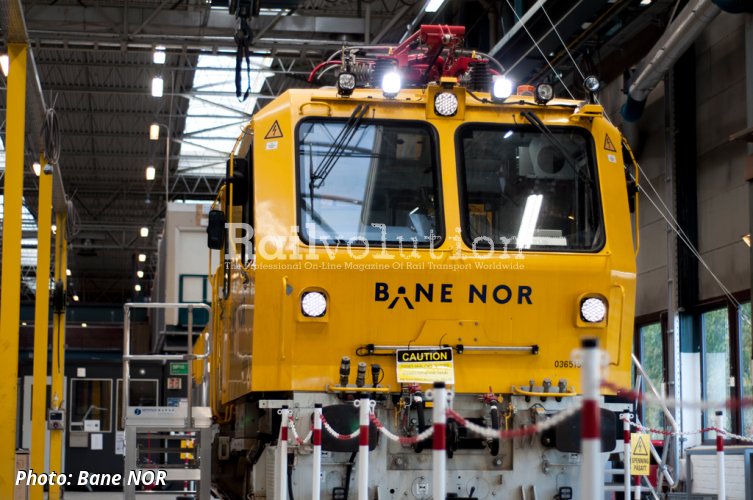 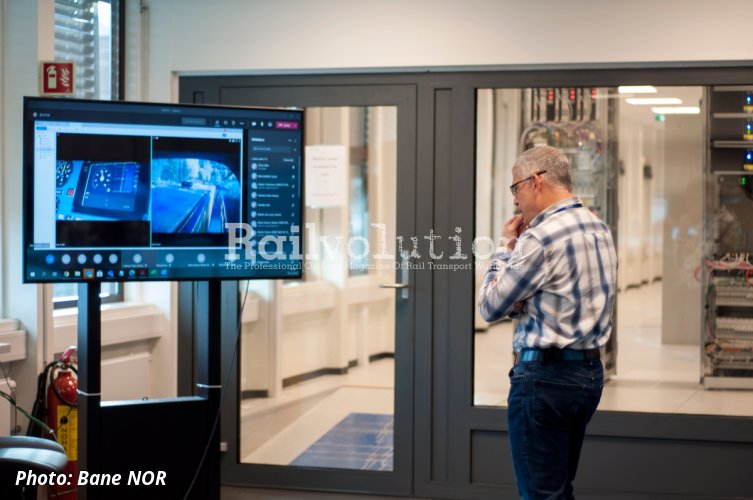 In December 2019 we informed about the ambitious Norway’s plan to completely switch over from the various Class B interlocking and signalling systems including national ATP to the fully digital infrastructure based on ERTMS. Here is an overview of the 2020 progress.

The Norway Nasjonal signalplan (NSP, National Signalling Plan), the general framework plan defining the schedule for installation and commissioning of ERTMS on all Norway lines, was updated in 2020. According to the NSP, trains are scheduled to operate under ETCS on Nordlandsbanen from 31 October 2022 and on Gjøvikbanen from December 2022. By 2034 the whole Norwegian railway network is planned to be operating under ERTMS, in all covering roughly 4,200 km.

The most important milestones remain unchanged, compared to the previous NSP revisions, but few priority changes are made. Some major large scale development projects, in other words, finishing of new lines, have been postponed. The lines in question were originally designed to be equipped with a temporary legacy signalling systems (Class B) and then later retrofitted with ERTMS (Class A signalling system).

Postponement of some construction projects will reduce cost when directly implementing ERTMS without the need of temporary legacy signalling systems. For example, the new Kleverud - Åkersvika line (29.7 km) near Hamar was planned with a temporary signalling system. With its inauguration postponed from 2024 to 2027, the line will go directly to ERTMS.

Another such project is Ringeriksbanen, the 40 km long extension of Bergensbanen, which was postponed until 2029. The original opening date was 2027.

These lines are both part of the InterCity project. The latter however is not postponed, only some of its new lines are. One additional effort is to avoid ETCS „islands“ on the network, which would complicate train services for operators. The original time frame to inaugurate ERTMS on Norwegian network is basically unchanged. The first line to go into operation with ERTMS will be Nordlandsbanen in 2022, precisely the 509 km long section between Grong and Bodø stations, followed by 66 km long section Roa - Gjøvik section of Gjøvikbanen, also in 2022.

Bane NOR has been running ERTMS Level 2 since 2015 on the ERTMS Pilot line, which is a section of Østfoldbanen between Ski and Sarpsborg, with both trains and trackside fitted with Bombardier equipment. An interesting fact is that the line will be upgraded in 2034 according to the Nasjonal signalplan.

Installation and commissioning of Norway’s first ETCS Level 2, Baseline 3 Release 2 System Requirements Specifications 3.6.0, communication between train and track over GSM-R will support both circuit switched data (CSD) and packed switched data technology (GPRS - General Packet Radio Services). Packet switching is included to prepare for FRMCS which probably will be introduced in Norway between 2025 and 2030. On-board unit prototype for the National rollout of ERTMS was finished in late 2020 when the Di.8 710 diesel locomotive (EVN 92 76 0 308 710-1) owned by Norske Tog and operated by Vy (ex-NSB) was retrofitted with Alstom-built Atlas ETCS OBU. The work took place at Grorud depot in Oslo, which is the place where Bane NOR’s „ERTMS test lab“ Campus Nyland can be found as well.

In 2020 the locomotive made test runs on the first completed ERTMS test section between Roa and Hønefoss (31.8 km). Tests began on 5 October 2020 and continued for two weeks. The locomotive has also been tested on the ERTMS Level 2 Pilot line section of Østfoldbanen between Ski and Sarpsborg. Until December 2020 it was planned to cover with Di.8 710 about 5,000 km of test runs under ETCS Level 2 control.

Test runs are part of the test regime for verification of RAMS (Reliability, Availability, Maintainability and Safety) performance before the large-scale retrofitting is started and both lab testing and test runs also supports the vehicle authorisation. More testing followed at Vestfoldbanen and Nordlandsbanen before Christmas 2020.

Until Christmas Di8 has clocked approximately 9,000 km in total on both ETCS and ATC-2 lines (ETCS OBU includes national STM module for ATC-2 lines). It will continue test runs in both Norway and Sweden during first quarter of 2021 and Alstom is aiming for the first vehicle authorisation in March or April 2021.

The second Norwegian ETCS test train became the Windhoff-built Class LTR 17 multi-purpose vehicle (MPV), whose OBU retrofitting works were completed on 25 September 2020, again at Grorud depot. The start of its test runs has been delayed until January 2021 due to COVID-19 pandemic, but Alstom has confirmed that this would not affect the ERTMS inauguration schedule.

The third and last Norwegian ETCS test train is Vy’s FLIRT 75-41. Its installation activities started in October 2020 and test runs are scheduled to start in April 2021.

During these three ETCS prototype installations Alstom and Bane NOR gets experiences with both process and tasks necessary for the installation work, and whether there is a need for changes to procedures, installation descriptions or any modifications to the equipment. The large-scale retrofitting of trains with ETCS OBUs will follow later, in 2021 including Class LTR 17s, Class 75s and nine more other classes.

For regular operation under an ETCS supervision on Nordlansbanen when inaugurated in October 2022, at least 44 vehicles with ECTS will be needed and 12 more for Gjøvikbanen. This number includes passenger trains, freight locomotives and track maintenance vehicles. Around 400 vehicles under Bane NOR’s retrofitting program are scheduled to be complete by the end of 2026.

Bane NOR will furthermore perform testing by use of the test trains on the earlier mentioned ETCS test line to verify that the ERTMS both fulfills Bane NOR’s requirements and supports the new operational procedures. A full-scale operational test is planned to be performed in 2021 with the latest updates of ETCS OBU and RBC versions.

Alstom is responsible for authorisation of vehicles fitted with ETCS, while operators are responsible to have enough vehicles (retro)fitted with ETCS when each line is planned to go into operation under ERTMS, and this is also the basis for giving economic support to vehicle owners for retrofitting of their vehicles. All the operators who use the Norwegian railway have the option to enroll the retrofitting programme as mentioned in the original article.

Some other operators in Norway are running separate ETCS projects for their trains, like SJ, LKAB or Green Cargo. For example retrofitting of Bane NOR's vehicles (like MPVs) spread out between 2022 and 2026, depending on the lines they are used on.