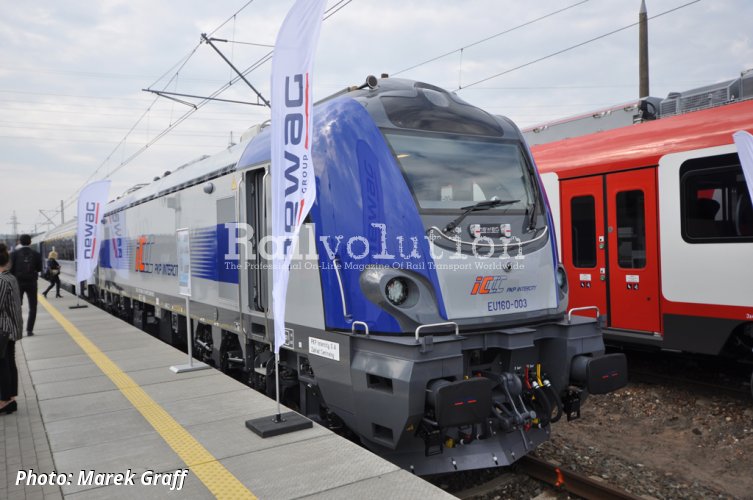 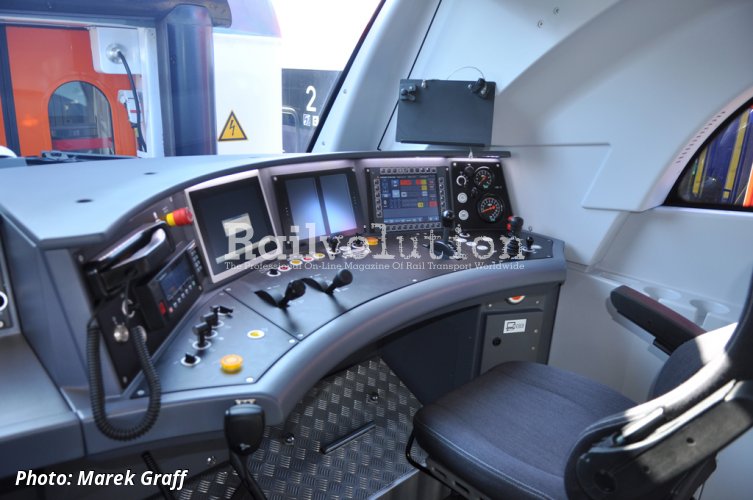 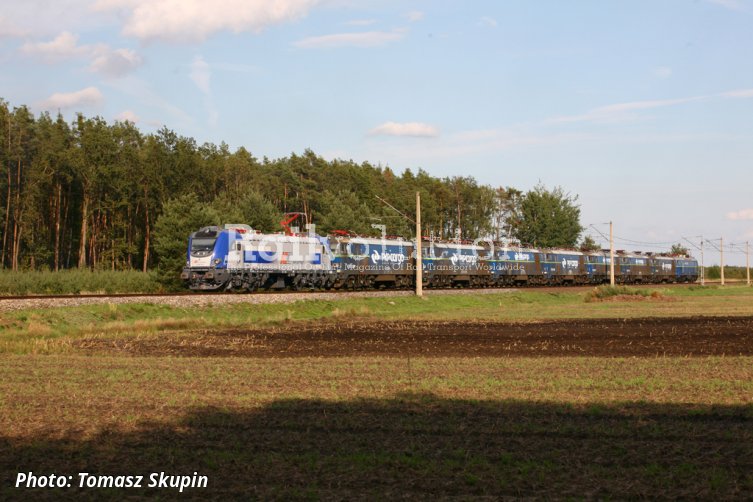 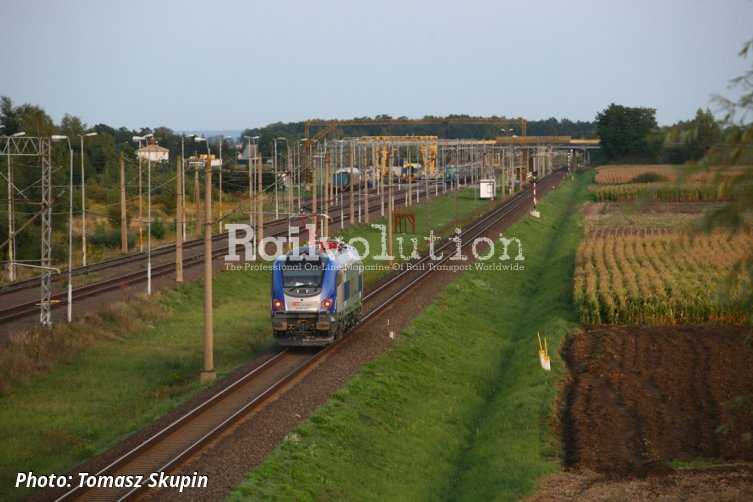 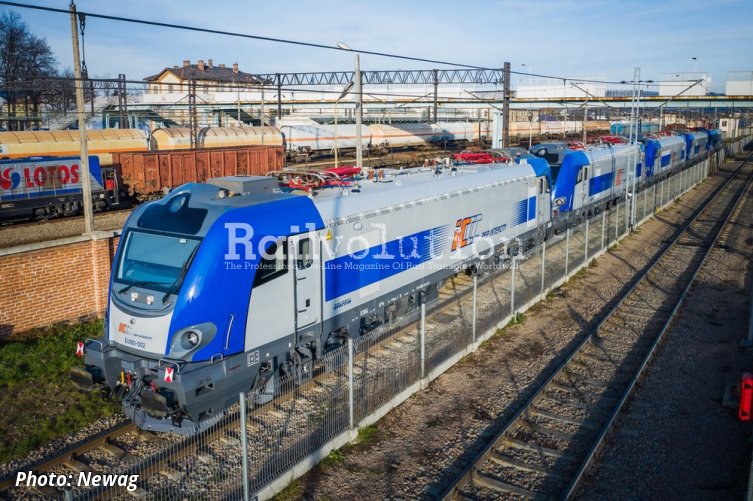 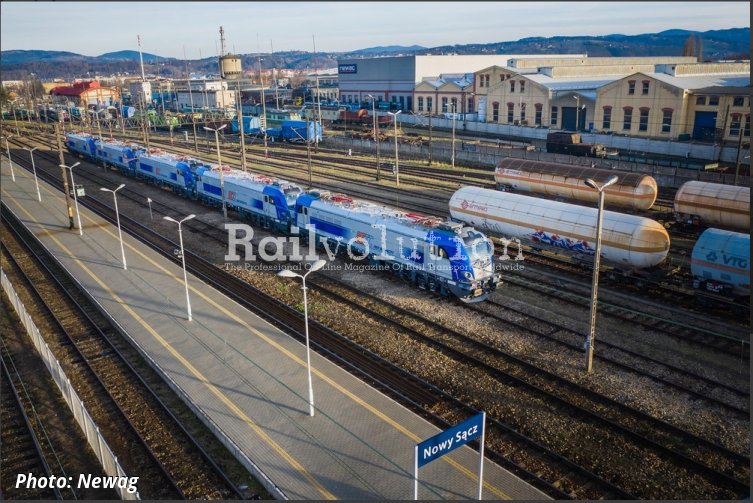 In addition to Dragon freight locomotives, Newag is also building four-axle Griffins for PKP IC, which on 29 May 2018 awarded the manufacturer a contract worth 367.6 million PLN (about 87.6 million EUR) including VAT for 20 locomotives, with an option for ten more. The fruit of this contract emerged at TRAKO 2019, with one of the exhibits being PKP Intercity-liveried EU160-003. The option clause, valued at 183.8 million PLN (around 43 million EUR), was formally taken up at the trade fair. This contract is the largest one in the PKP IC history.

Sister machine EU160-002 arrived at the OETD IK test circuit at Źmigród on 10 September 2019, scheduled to stay there until the 23rd. During that period it was subjected to ETCS Level 2 testing on the main line between Legnica and Wrocław, with Level 1 testing taking place on the test circuit. Afterwards, the locomotive returned to Warszawa for further testing by the Instytut Kolejnictwa (IK), and from 14 October continued dynamic testing on the PKP PLK network. The first of the batch, EU160-001, arrived at Źmigród in mid-September 2019, to be subjected to a series of tests, focusing on the brakes, pantographs and suchlike.

Deliveries are scheduled to run from 16 months following contract signing (in other words from late September 2019) until 30 months after the contract was signed (the end of November 2020). Then will follow 10 optional locomotives. At the 29th Forum Ekonomiczne, held between 3 and 5 September 2019 in Krynica-Zdrój, one of the most famous health spa resorts in southern Poland, not far from Nowy Sącz, Artur Resmer, PKP Intercity Board of Directors member, reckoned that the first two fully authorised Griffins were likely to be handed over before the end of 2019 and put in service. But Newag has provided no further news on how many Griffins it planned to complete by the end of the year.

Nevertheless, the start of deliveries in September 2019 could not be met, and on 8 December Newag sent five Class EU160 locomotives from Nowy Sącz to the Legnica - Bolesławiec stretch of line (west of Wroclaw) for testing the Baseline 3, SRS version 3.4.0 on-board ETCS. Neither PKP IC nor Newag officially provided an up-to-date delivery schedule stating that this is an agreement of both parties during the realisation of the contract. Finally, on 20 December 2019, PKP IC issued a press release informing that the takeover of the first eight locomotives (EU160-001 to 008, also designated 5 170 088 to 5 170 095) is being completed at Newag works. At present it is expected that these locomotives are to be taken over by the operator in the first quarter of 2020, and delivery of the complete batch of twenty by the end of this year should still be possible.

PKP IC’s 160 km/h Class EU160 (Type E4DCU) Griffins are single-voltage (3 kV DC), intended for domestic services only, have a Bo’Bo’ axle arrangement, a length of 19,900 mm over buffers, and are rated at 5,100 kW. They are not equipped with Last Mile diesel engines, unlike LOTOS Kolej’s Type E4DCUd machines. They are fitted with SHP and CA domestic ATP systems and on-board ETCS Level 2.

EU160-001 to 020 are to be based at Warszawa-Olszynka Grochowska depot and will be used on long distance services, covering rising transport demands, and enabling the acceleration of some of these to 160 km/h where the infrastructure permits, with corresponding reductions in journey times. With this contract PKP IC will acquire new electric locomotives after about ten years since the delivery of ten Type ES64U4 (Class EU44) Eurosprinters between 2009 and 2010. As the new Griffins are only designed for the 3 kV DC voltage, the EU44s will still remain the only PKP IC’s electric locomotives that can haul long distance passenger services between Poland and Germany without a locomotive change on the border.