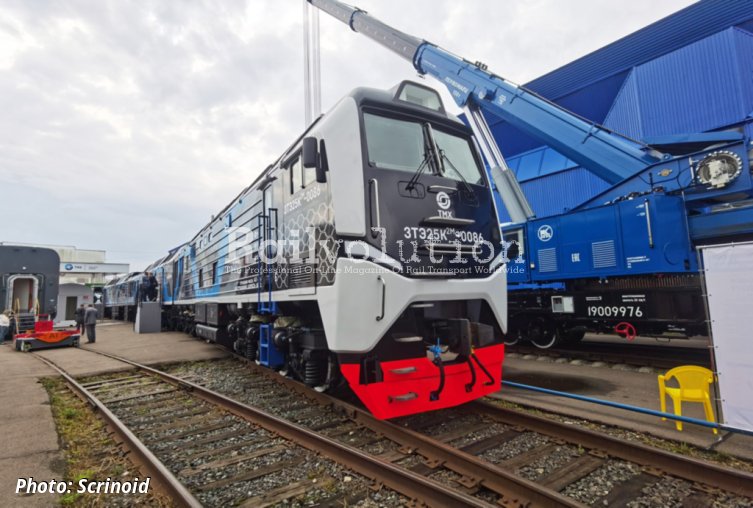 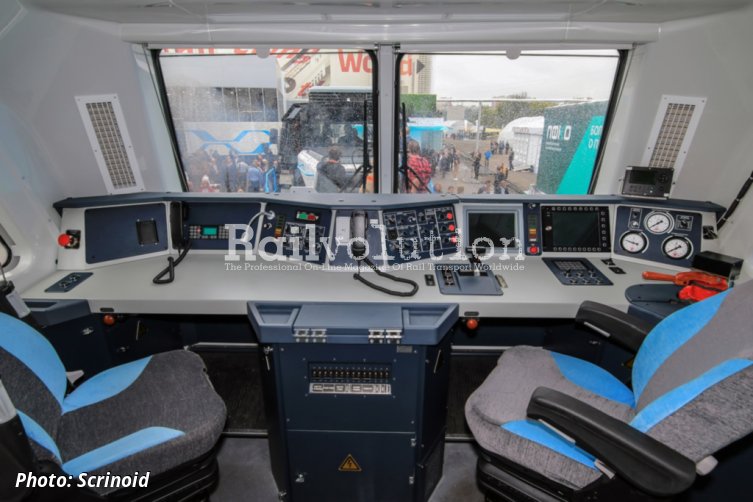 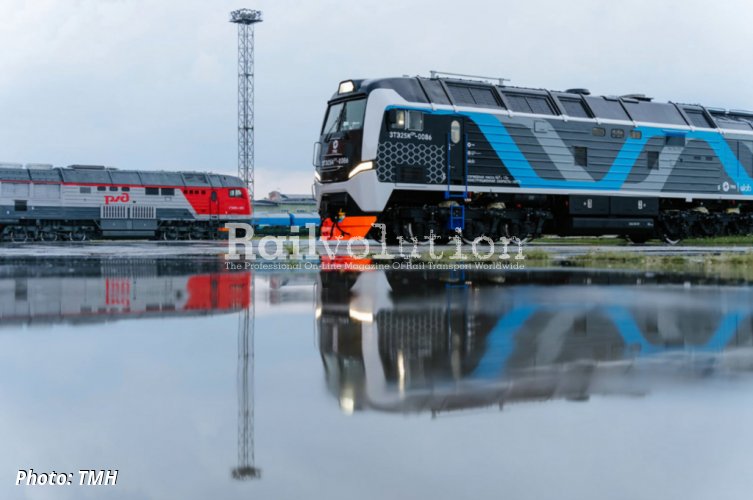 TMH has also applied its new design to the locomotive 3TE25K2M-0086 from batch production at BMZ. Darya Topilskaya, 2050.LAB Managing Director, comments: „We used a new DNA style for TMH when designing the driver’s cab. The image of the locomotive is clear, dynamic, catchy and modern. The locomotive now visually complements the line of the TMH's other rolling stock.“

For now, however, it will remain just this one DNA example of the Class 3TE25K2M, as the modified design must now be approved by the relevant authorities. Even after that, the application of the new design will depend on customer interest, so otherwise production of the Class 3TE25K2M locomotives with the existing front end design is expected. The modification of the previous Class 2TE25KM locomotives with the TMH DNA mask is not yet planned and this design is then to be applied only to the new type of locomotives that will replace the Class 2TE25KM in the future.

For 2021 RZD has ordered 28 Class 3TE25K2M machines, 25 of which have already been handed over to the operator. In addition, BMZ already has other clients for these locomotives with a power of 3 x 3,100 kW and with AC/DC electric power transmission: the first of these is Elga-Trans, which serves the Elga-Ugol coalfield. Elga-Trans ordered six machines in May 2021, the first three of which, 3TE25K2M-0061 to 0063, were delivered in July.

The second trio, 0086 - 0088, followed in late September. For unknown reasons, there was a double using of an inventory number 0086. Therefore, the „DNA locomotive“ described above should be redesignated as 3TE25K2M-0107.