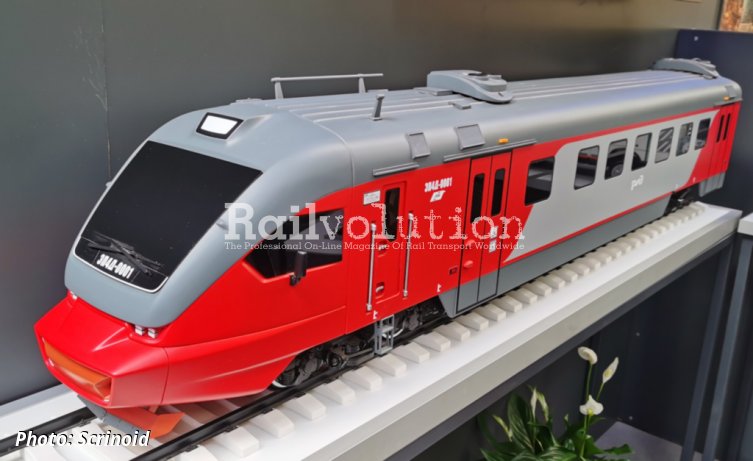 Also on display at the TMH stand was this model of the new Class EP4DA EMU in the RZD colour scheme. It is based on the DMZ-built EMUs of the Classes EP2D (3 kV DC) and EP3D (25 kV 50 Hz). Apart of the new design of the front end, the main technical change will be an asynchronous traction equipment as the letter "A" in the class designation indicates.

The project is still in the development phase and technical specifications have not yet been released, but TMH says an official announcement is planned for next year.