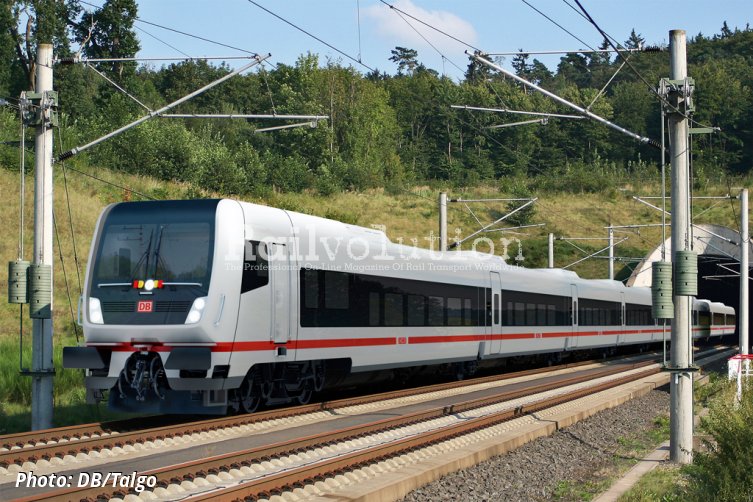 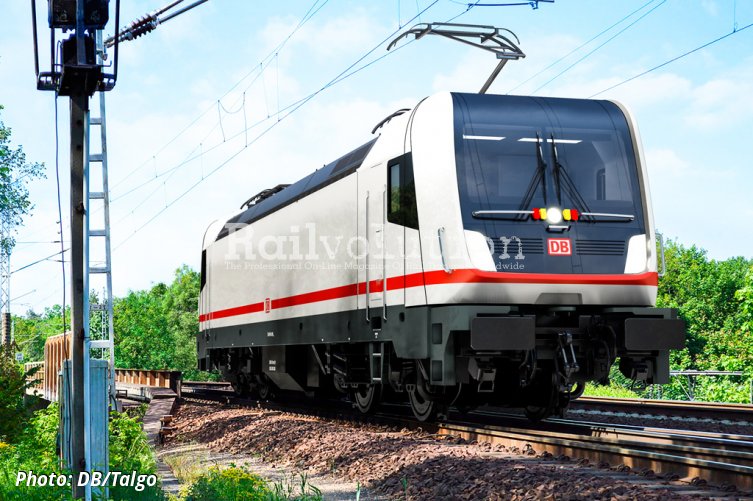 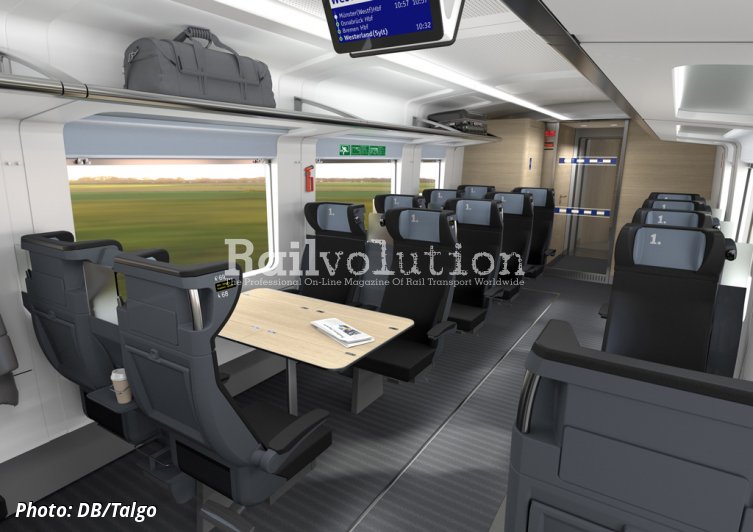 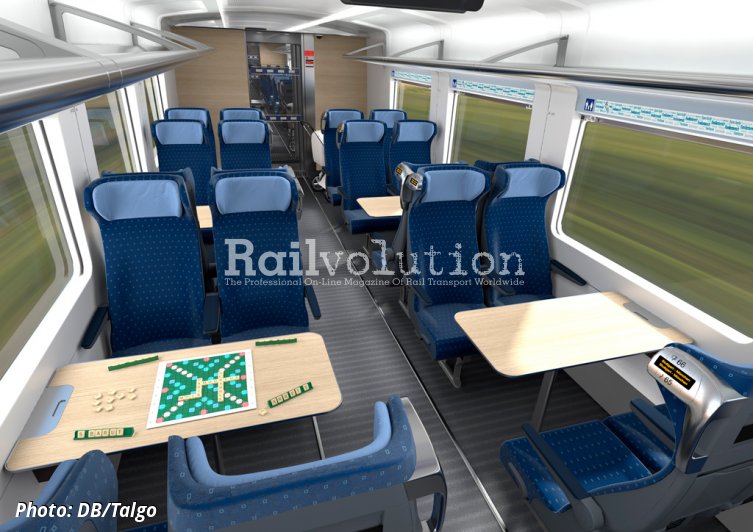 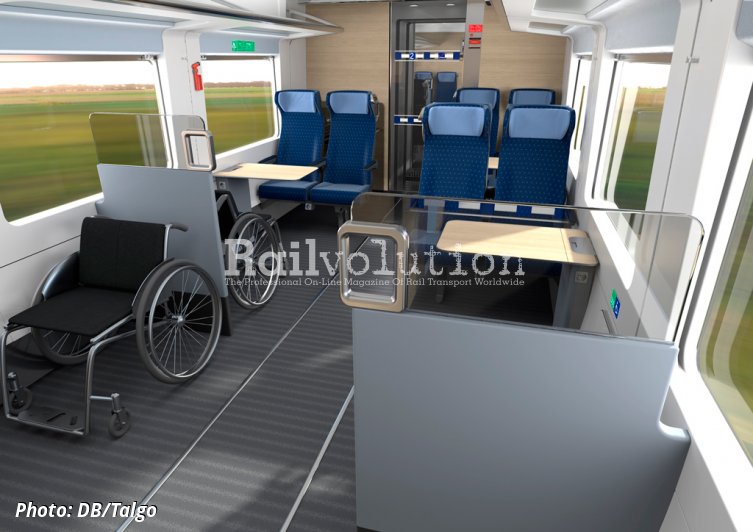 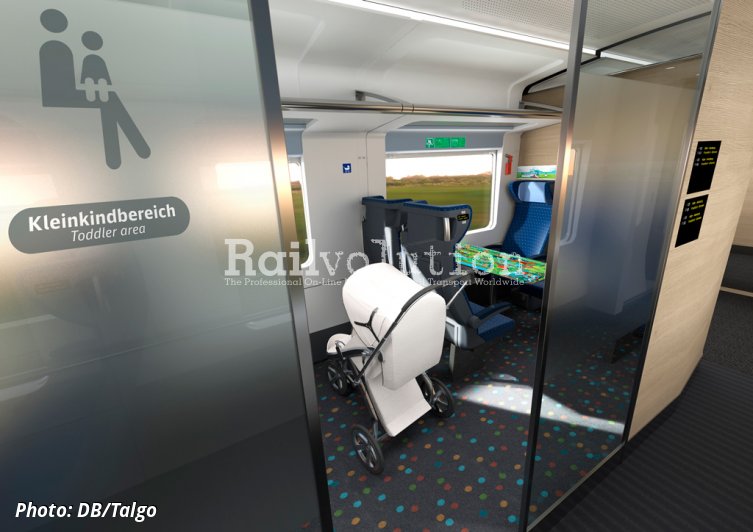 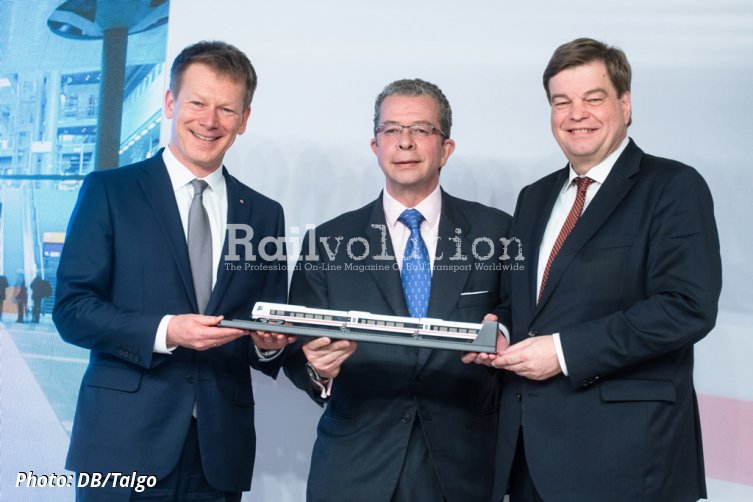 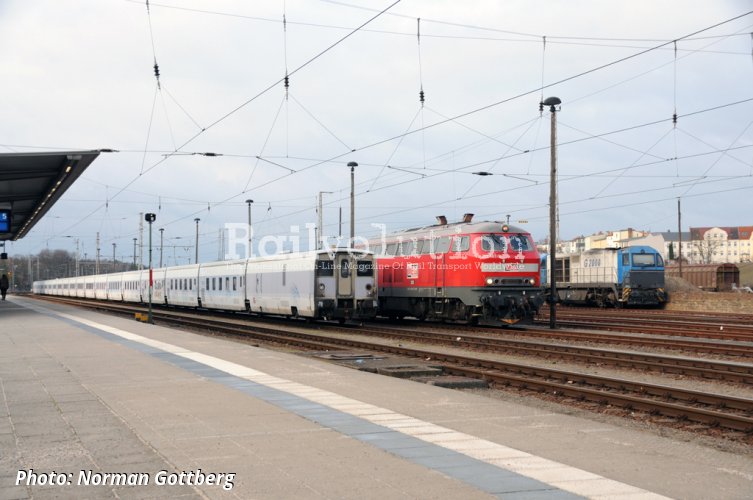 Following to the result with the Strizh article, we realised another round of inquiries related to Talgo trains, this time at DB. In September 2019, we asked this operator how the power supply for Talgo 230 rakes, which will also be used on non-electrified lines, would be provided.

It is still a common feature for Talgo non-powered rakes to have a generator car at each end, but this is not the case for ECx, as there will be a driving trailer at one end and a locomotive at the other. At the same time, we assume that on electrified lines the ECx will be powered from the TRAVCA electric locomotive. But how will it be on non-electrified sections? And which class of DB locomotives is destined to run Talgo 230 trains on non-electrified lines? At the same time, we asked whether more technical data on TRAVCA locomotives is available, as half a year has passed since the order of February 2019.

We had to wait almost two months for an answer, citing the „complexity“ of these questions (!). Then we received the following answer from DB: „The trains we ordered from Talgo will not have any generator cars. Electric energy will always be supplied by locomotives, even on non-electrified sections. Unfortunately, we cannot give you any further details about the locomotives.“

On 5 February 2019 DB awarded Talgo a framework contract for up to 100 trains designated Talgo 230. The first definitive order is for 23, worth around 550 million EUR, with the first train to be delivered in readiness for entry in service in December 2023. This is the result of an invitation to tender issued on 28 February 2017 for a batch of new single deck locomotive-hauled carriage rakes.

Manufacturers could bid individually, or in consortium. Three of the requirements stated at that time were that the winning manufacturer would have had one main line train type approved for use in Germany, or Austria and the Netherlands during the previous five years, that the company’s factory annual output capacity must be at least 20 trains, starting in 2021, and that the new trains were to be fitted with at least 485 seats.

Initially, there was no detailed information about the new trains after the contract signing, but on 13 March DB organised a press conference in Berlin. Surprisingly, there was not much new technical information revealed about the trains at this event. However, it was revealed that DB has given them the „working“ designation of ECx (similar to the ICx which was used earlier for the new ICE4s).

The Talgo 230s will have 16 intermediate cars and a driving trailer. The entire rake, including a multiple voltage locomotive, will be around 255 m long, the locomotive being 19.5 m long. The tare weight of the complete rake is stated to be 425 t. Total seating capacity will be 570, 85 in first class (2 + 1 seating configuration) and 485 in second class (2 + 2 seating configuration). The entrance door thresholds will be level with 760 mm high platforms. A bistro car will be provided, with a standing area and seats in 2 + 2 configuration. Unlike Renfe’s future Class 106 high speed trains (currently under construction) there will be no areas with 3 + 2 seating.

The twin-cab locomotives will be designed for a top service speed of 230 km/h. Unfortunately neither DB nor Talgo were able to provide us with more information about the trains’ voltage systems, power ratings, weight, dimensions, or other technical data. Talgo’s passive tilting system will not be fitted. The locomotives and carriages will be built in Spain, and DB will be responsible for their maintenance.

The new trains are intended essentially for use on the routes not served by the ICE fleet or the 160 km/h IC 2 double-deck rakes. The three routes mentioned are:
- Line IC 77 Berlin - Hannover - Bad Bentheim - Amsterdam, for which 1.5 kV DC operation will be necessary in the Netherlands. Through haulage between Berlin and Amsterdam using dual-voltage (1.5 kV DC and 15 kV AC) trains will eliminate locomotive changes at Bad Bentheim, saving at least 15 minutes on the end-to-end journey time.

- Köln - Westerland (Sylt) and Hamburg - Oberstdorf. These two routes have lengthy non-electrified stretches of line - between Elmshorn (north of Hamburg) and Westerland, and between Ulm and Oberstdorf (in the Allgäu Alps). To enable through haulage to Westerland and Oberstdorf it would be expected the Talgo locomotives will have to have full electro-diesel capability (and not just Last Mile auxiliary diesel engines). DB only states vaguely that „the rakes of carriages will be designed for haulage either by a multi-voltage locomotive or a diesel locomotive“.

On account of the large option clause in the contract, one could expect that the stock might also be used on services to Poland and Denmark, where 3 kV DC and 25 kV AC capabilities, respectively, would be necessary.

Talgo says that it will build the locomotives itself, an interesting statement, because Talgo at present only builds the mechanical parts of its electric trains, relying on the traction equipment of other producers like Bombardier (previously Adtranz), ABB and Ingeteam. So far, Talgo’s only experience in locomotive building was the experimental, 3/25 kV Bo’Bo’ 260 km/h TRAVCA (acronym for Tren de Alta Velocidad con Cambio de Ancho - High Speed Gauge-Changing Train), 130 901, built jointly with Ingeteam in 2005, which served as a prototype for the Class 130 Alvia power cars and to test out Ingeteam’s traction drivelines. The TRAVCA prototype is currently stored in the Talgo works at Las Matas.

Another interesting feature of this DB contract is that Talgo will build driving trailers. Talgo has only in the past built these for use in the USA. In 2010 the Oregon Department of Transportation (ODOT) awarded Talgo a 38 million USD contract for two 13-car semi-permanently coupled rakes of Talgo Series 8 stock for the Amtrak Cascades service, linking Seattle with Portland.

Although both DB and Talgo view this order as very advantageous, it is nevertheless a very surprising one, for several reasons. The first is the story of the Talgo Nachtzug stock. Between 1994 and 1997 Talgo delivered 150 cars for overnight service, but the trains were only in service between 1994 and 2009, when the last surviving Talgo services, Berlin-Lichtenberg to München Ost and Hamburg-Altona to München Ost, were withdrawn, and the services were subsequently operated using conventional sleeper stock. Although they were by no means life-expired after only 15 years of service, they were scrapped after around a decade of being stored and offered for sale.  Although there were various interested clients, no definitive sales were made.

It is needed to remember that the order of these Talgo rakes by DB was in fact an „off-shore“ business deal, prompted by Renfe’s contract for a batch of Class 252 electric locomotives built by Krauss-Maffei and Siemens. Now, DB is again, this time voluntarily, buying Talgo stock, again introducing single-deck push-pull trains in its long distance fleet, for which in the past it has focused on double deck push-pull stock (the IC 2 rakes) and ICE 4 high speed trains, the latter intended as the successors to DB’s last conventional locomotive-hauled long distance trains. But the Talgo 230s will incorporate all the specific characteristics of Talgo technology.

These include short bodyshells with numerous inter-car gangways (a complete contrast to the ICE 4s, which have extra-long bodyshells) and an axle arrangement involving rodales with a 1’1’1’1’... type of arrangement. The latter in particular seems to be a problem for DB Netz, as shown by complications at the time of testing and authorising RZD’s Strizh stock for Moskva to Berlin services.

It is now a question of „wait and see what happens“. How will DB Netz and other institutions (EBA, BNetzA) address this issue? What will happen once the Talgo 230 stock starts making test runs in Germany? And above all, how will DB’s experience with the stock shape up after it has been in service for ten or 15 years?

A Caption To The Final Photo:

In early 2019, the remaining ex-DB Talgo rakes were rapidly scrapped. There seemed to be some urgency about this - it was almost as though DB wanted to erase all memories of the Talgo NachtZug story before the new Talgo 230 trains are presented... This photo, taken on 5 March 2019, shows a rake of DB Talgo stock at Eberswalde Hbf en route from Hamm for scrapping by the recycling company Theo Steil of Eberswalde. On the right is MEG’s 218 467, which had just uncoupled from this train.