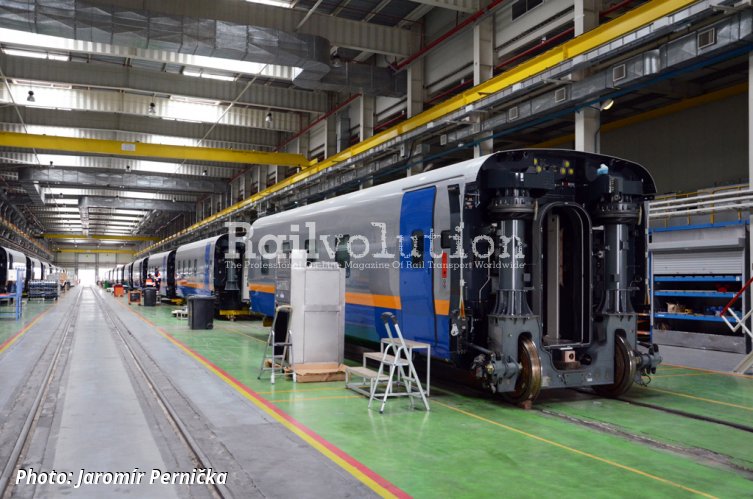 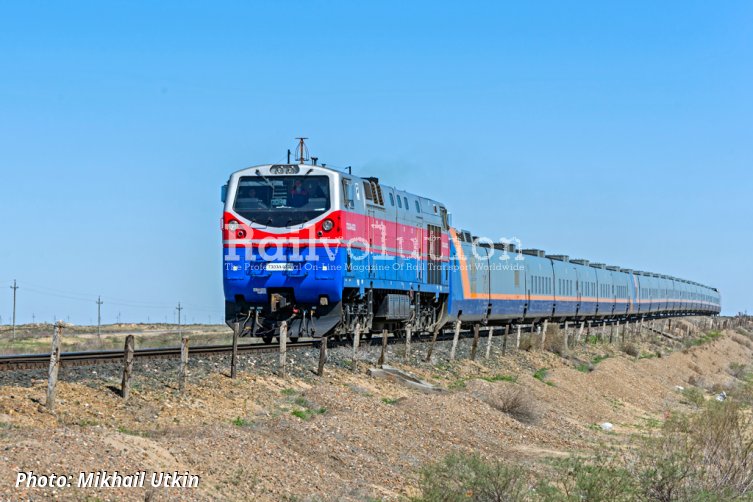 In mid-2019 there has been a remarkable change in opinion on Talgo technology in Kazakhstan. For a whole decade, the state-owned operator KTZ has been promoting Talgo trains as an ideal replacement for its fleet of obsolete long-distance passenger cars.

KTZ’s principal supplier of passenger stock for long distance services was the Tulpar-Talgo works in Astana. This was a joint venture involving KTZ subsidiary Remlokomotiv and the Spanish company Talgo Kazajstan, founded on 7 September 2010. In Kazakhstan mythology Tulpar is a winged horse (the equivalent of the Greek Pegasus).

Early in November 2010 KTZ awarded Talgo a contract worth over 300 million EUR (plus a maintenance agreement) to build 420 carriages over the coming three years, as the first part of a massive project to replace the country’s fleet of around 3,000 ageing passenger vehicles. The new Tulpar-Talgo factory was built in Astana in 2011 on a 37-hectare site in Astana-Zhana kala (Astana New City Free Economic Zone), in the northwestern suburbs of the city, and is adjacent to both the LKZ (diesel locomotive) and EKZ (electric locomotive) works.

The Tulpar-Talgo factory was inaugurated in December 2011 by President Nursultan Nazarbayev. The first new Talgo carriages left there on 1 July 2012. While some of KTZ’s Talgo carriages were still being built at Talgo’s Rivabellosa factory, near Miranda de Ebro in northern Spain, the bulk of the production has progressively been shifted to Astana.

The railways in Kazakhstan then became a „showcase“ for Talgo, as KTZ gradually ordered over a thousand Talgo cars, of which more than 600 were produced by 2017.

By 2014 the Tulpar-Talgo works had completed 140 carriages, and the following year it was running at its full design capacity, completing 150 carriages per annum. In 2015 23 % of the components incorporated in the new carriages were being supplied by domestic manufacturers. In 2017 this had risen to 38 %. The Astana works was, outside Spain, the largest Talgo carriage production establishment in the world. Between 2012 and 2015 Tulpar-Talgo completed 436 carriages (16 rakes) for KTZ’s passenger operations subsidiary, Passazhirskie perevozki (PP), partly under the initial 420-carriage contract. These carriages are all designed for operating speeds of up to 200 km/h.

2015 saw the start of assembly of the first batch of carriages with wider bodyshells (3,200 instead of 2,942 mm) and greater height (3,524 instead of 3,325 mm above rail top) than those of the earlier batches, though retaining the same bodyshell length of 13,140 mm. By mid-2016 production of these larger carriages was in full swing. They have a more rounded bodyshell profile with a greater internal cross-sectional area.

These wide-bodied carriages form part of a further contract placed by KTZ PP in late June 2013 for 603 vehicles. According to this contract, their construction was initially to run until 2020. In 2016 it was planned to build 145 carriages, and in 2017 150 more were envisaged. However, only 116 carriages were built in 2016, and in 2017 only 62 were built, the reason for production having slowed down being smaller orders by KTZ than initially envisaged.

Then, however, the flow of orders began to stop slowly... It was stated that KTZ has had limited financial resources, and one earlier driving force for the rapid modernisation of the carriage fleet - EXPO 2017 in Astana - was over. Plans for 2018 originally involved the construction of 107 carriages. Instead in 2018 it was planned to build only 87 carriages (three rakes of stock). In 2019 it was originally planned to build 125 carriages, and in 2020 76. As a result the remaining 409 cars (1,023 - 614) were expected to be built by 2023.

Tulpar-Talgo has responded to this slow-down in production rates by reducing its workforce. At full capacity the factory has a planned workforce of 366, but by autumn 2017 there were only around 210 employees. Nevertheless, new projects were envisaged as Tulpar-Talgo has also entered into negotiations with some of the new private operators.

But, mainly, KTZ planned to develop a programme branded „Regionalnye poezda“ („Regional Trains“). For these trains, which by Kazakh geographical dimensions might best be described as middle-distance services, 459 Tulpar-Talgo carriages were envisaged. Then at InnoTrans 2018 a contract for another 1,200 Tulpar-Talgo cars was signed. This was also associated with the signing of an agreement to take over 99.99 % of KTZ's share in Tulpar-Talgo by Transmashholding.

Subsequently the situation around the further development of the Tulpar-Talgo factory became relatively confusing, and in 2019 production came to a halt. This was largely due to the fall in the Tenge exchange rate (which also causes KTZ significant problems in international freight transport) and lack of funding, which led to the cancellation or delays of orders not only for Talgo cars, but also for Prima electric locomotives built by EKZ and Evolution diesel locomotives built by LKZ.

Above all, however, in the case of Talgo carriages, there was a complete reversal of the view last summer, as clearly expressed in September 2019 by Zhanibek Tayzhanov, Deputy Chairman of the Transport Committee of the Kazakh Ministry of Industry and Infrastructure: „The Tulpar-Talgo works will switch to the production of coaches common in the CIS countries. These will be our standard, large, spacious four-axle carriages, while the Talgo has a significantly smaller capacity. In addition, it offers no economic advantage over normal carriages. There are 62 Talgo cars under construction in the factory, which need to be completed. The history of buying Tulpar-Talgo cars is over. The new cars will be manufactured in cooperation with TVZ.“

This became soon a reality, as in 2019 the cooperation between Tverskoy vagonostroitelny zavod and Tulpar-Talgo was started, which consisted in the cooperative production of 63 „platskartny“ cars for KTZ. In this case, TVZ-built cars without an interior were sent, together with the sets of components, for final assembly to the Tulpar-Talgo works in Nur-Sultan (earlier Astana). All 63 cars were gradually delivered between June and October 2019, followed by 46 more cars, which were completed by March 2020.

Further deliveries followed on the basis of an agreement signed in February 2020 between KTZ and TMH for another 100 carriages (8 compartment cars and 92 „platskartny“ cars). The first batch of 28 new subassemblies left Tver on 28 May 2020, with another delivery following in June.

It cannot be overlooked that this development corresponds to the resignation of Nursultan Nazarbayev as President on 19 March 2019. He was undoubtedly the main person who once initiated the introduction of Talgo trains in Kazakhstan, so arguing with „some“ technical characteristics against his intention was impossible... The era of Talgo production in Kazakhstan is over, and even the new, wider bodyshells have not changed this result. Now, the vehicles of a standard design will be built at the Nur-Sultan works.