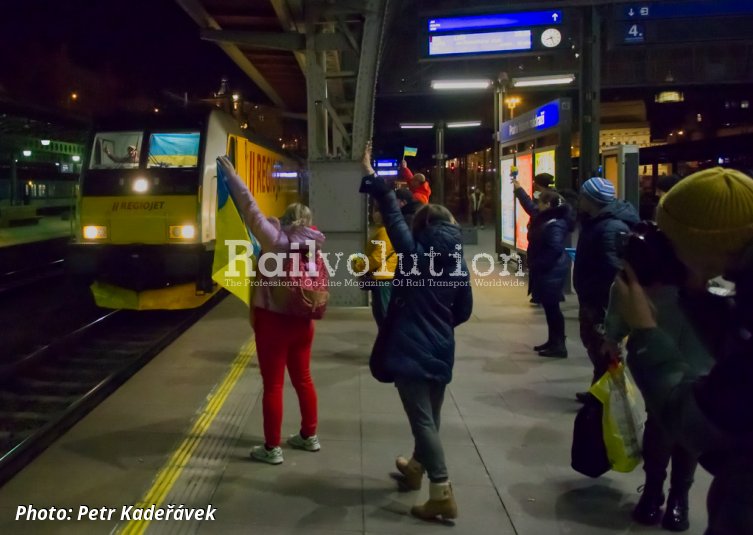 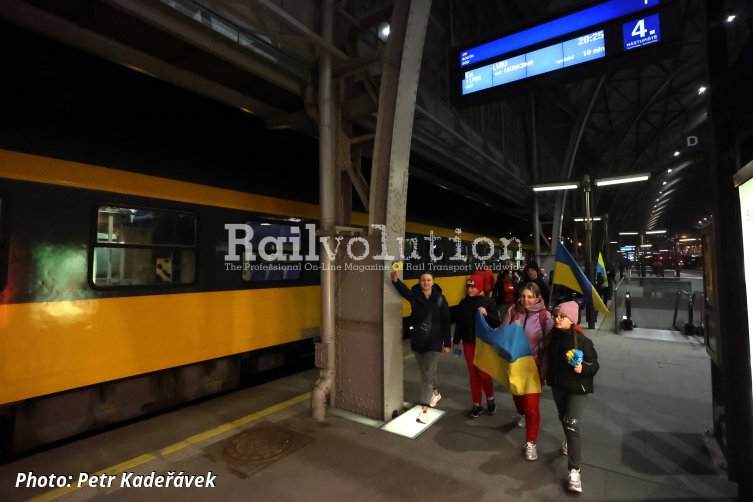 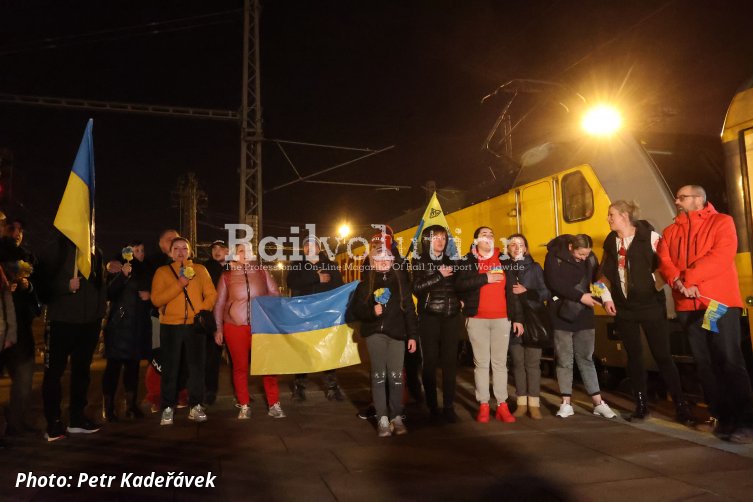 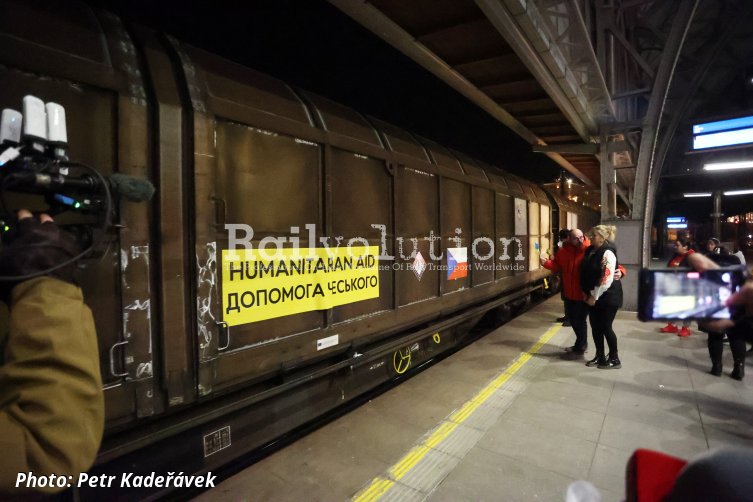 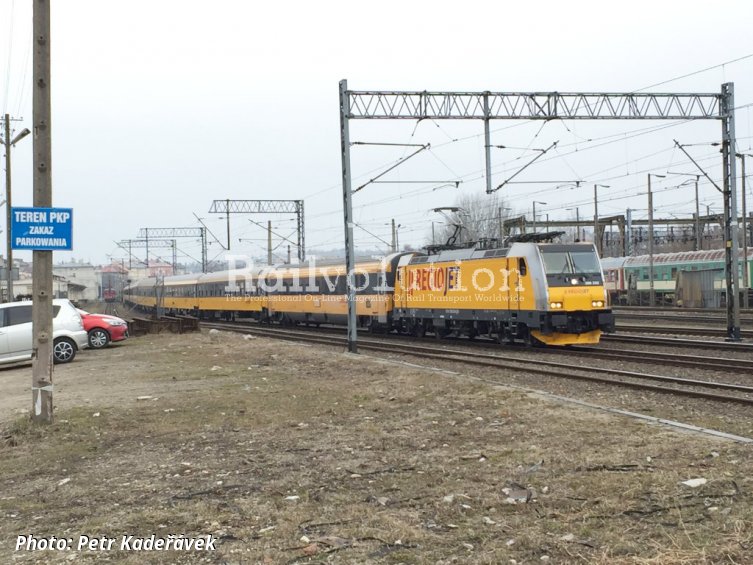 On 1 March 2022, another humanitarian bridge using the railway was launched to transport necessary materials from the Czech Republic to Ukraine and refugees in the opposite direction. It is provided by Člověk v tísni (People in Need) and its donors. It will be realised by RegioJet at its own expense. The train should run every day on the route Praha - Przemyśl - Lvov.

Train R 11755 should leave every day from the Praha main station at 20.25 h, in Przemyśl there is a change to the newly introduced train to Lviv. Similarly, in the other direction, the train will arrive at Praha hl. n. at 09.10, starting on 2/3 March 2022. The train is almost half and half made up of passenger and freight cars, with the premiere service comprising nine sleepers, seven Class Habbiins wagons and one seating car, which has been included for the 15 or so journalists invited to the premiere run.

The freight mainly includes non-perishable food, medicines and toiletries donated by various companies (e. g. supermarket chains) and collected within 24 hours. It is primarily destined for Kyiv, where it should arrive after transhipment onto broad gauge wagons in Przemyśl. The wagons were provided by Rail Cargo Logistics (RCL, part of the ÖBB Group) and ČD Cargo, and the loading of the material is taking place at RCL's warehouse in Praha-Malešice.