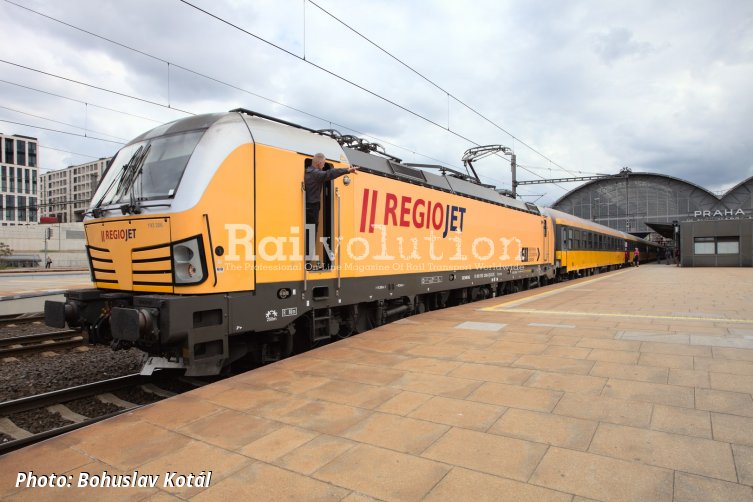 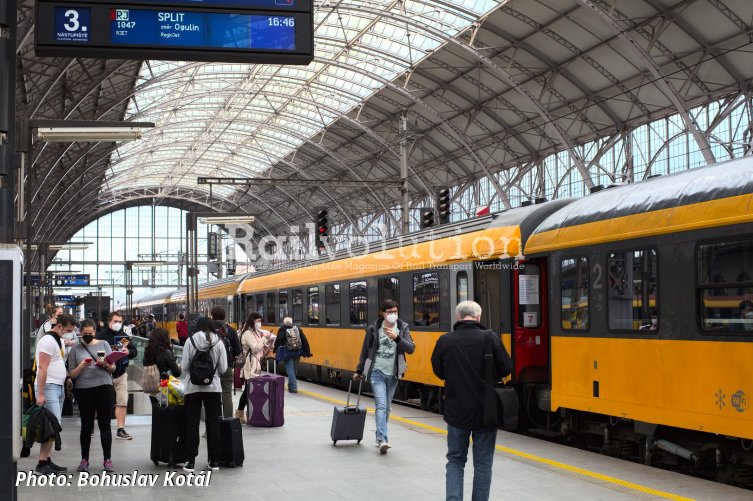 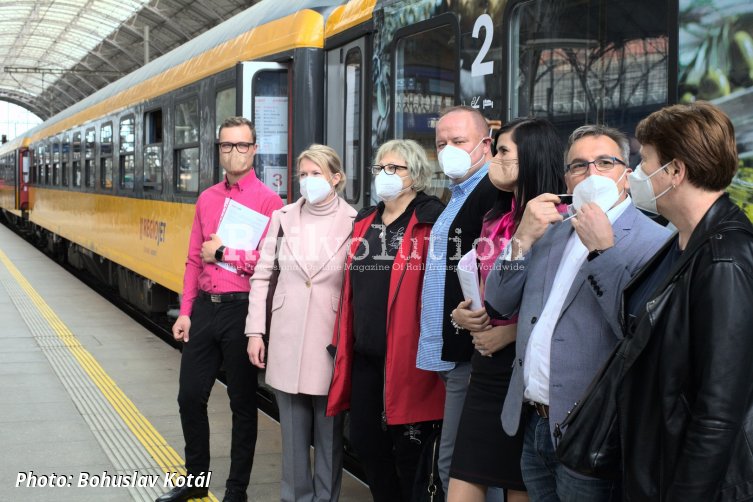 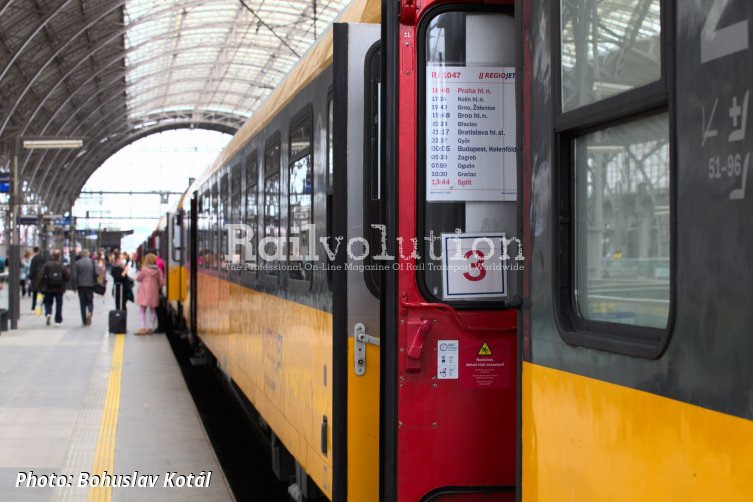 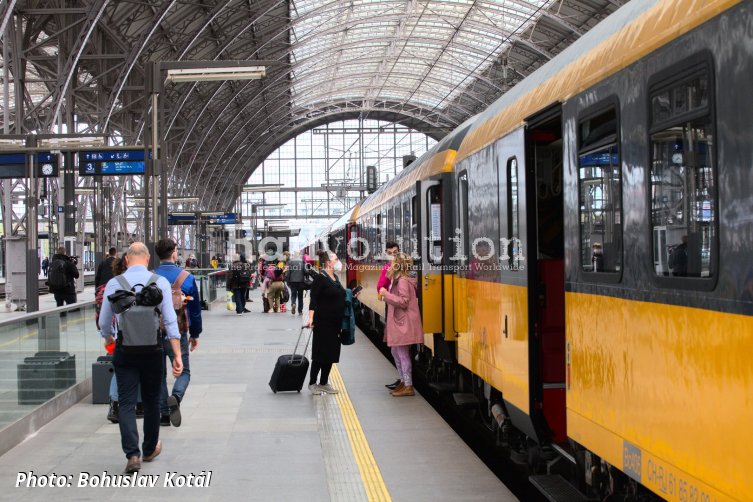 On Friday 28 May 2021 afternoon, the first RegioJet night train IC 1047 left Praha hl. n. heading to Croatia and the coastal destinations Split and Rijeka. For all the 2021 season the service consist of 15 cars between Praha and Ogulin in Croatia, where the train splits into two parts: eight cars continue to Rijeka, the same destination as last year, seven cars continue to more distant Split with scheduled arrival time at 13 h 44 of the next day. Both parts of the train consist of both sleeping and seating cars, there is also bicycle storage car in the section to Split.

During low summer season in June and September the service departs three times per week (Friday, Sunday, Tuesday to Croatia and Saturday, Monday and Wednesday to the Czech republic). During high season in July and August it will run every day. RegioJet stated that onboard of the first Croatian service there were roughly 400 passengers, and that to date it sold about 35,000 tickets for this route in total.

In present situation (end of May) passengers have to have at least no more than tree days old negative SARS-CoV-2 antigen tests to be able to board the train and to enter Croatia (the PCR test and also two weeks after vaccination is accepted). For the return to Czech republic the PCR test is necessary and quarantine until confirmed as negative. RegioJet for this reason opened the EU certified test centre on Praha main station which is for passengers with valid ticket and is accessible up the two hours prior departure. For the return trip it also offers antigen self test sets with telephone support, necessary to board the train.