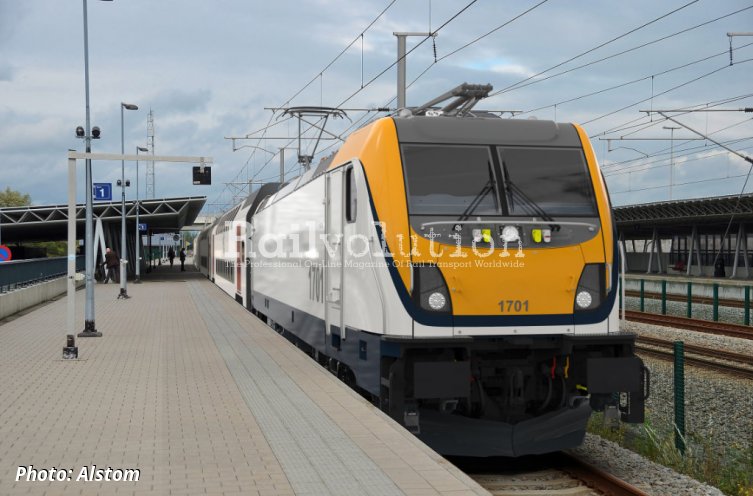 On 1 February 2022, Alstom has signed a framework agreement to deliver up to 50 TRAXX 3 MS locomotives to SNCB for use on its passenger services. The first firm order, worth around 120 million EUR, covers the design, manufacturing and homologation of 24 locomotives. Deliveries are expected to start in 2026.

The new Class 17 TRAXXes will be built in Kassel, the bogies in Siegen and the bodyshells in Wroclaw. Alstom’s site at Charleroi will provide the national ATPs  for the four countries and the ETCS Level 2 OBUs.

It is the very first order for 200 km/h TRAXXes. Until now the maximum speed was 160 km/h for only some contracts (for DB), otherwise the most usual maximum speed of TRAXXes is 140 km/h. It also the very first direct order of TRAXX locomotives from SNCB, because until now the operator has been running TRAXXes for years already, but all of them were leased from Alpha Trains, Akiem, or Railpool. Currently, SNCB hires some TRAXXes for the services to Amsterdam.

We asked Alstom, why it will take four years to deliver the locomotives which are of standardised construction, and if they will form a new Type TRAXX P200 MS?

Alstom answered us: „On top of some changes needed on the locomotive to achieve 200 km/h (pantographs, brake, software, …) and compatibility with SNCBs existing passenger cars, performing the many tests for 200 km/h, EMC, etc. and the train integration tests with the coaches in the four different countries takes quite some time. In addition, getting all assessment reports and running through the official authorisation processes adds many months as well.

A Type TRAXX P200 MS is an old designation. They are simply TRAXX or TRAXX 3 locomotives with certain characteristics such as multi-system or 200 km/h capability.“

Will the new Class 17 TRAXXes haul only the double-deck rakes? Will SNCB order also some new cars to form trains with these locomotives?
The operator answered us: "The new locomotives will be used for both international and national operations, and will haul both single and double-deck cars. They are already in the SNCB fleet."

It seems too long a time of 4 years for delivery of the standardised locomotives… We understand that Alstom (ex-Bombardier) has to design and homologate this new, very first 200 km/h TRAXX version, but was it not better for SNCB to order Vectrons, which are 200 km/h locomotives, too, are widely internationally homologated and could be delivered more quickly?
"We had clear evaluation conditions in the tender and the result of this process is directly linked to the submission received."