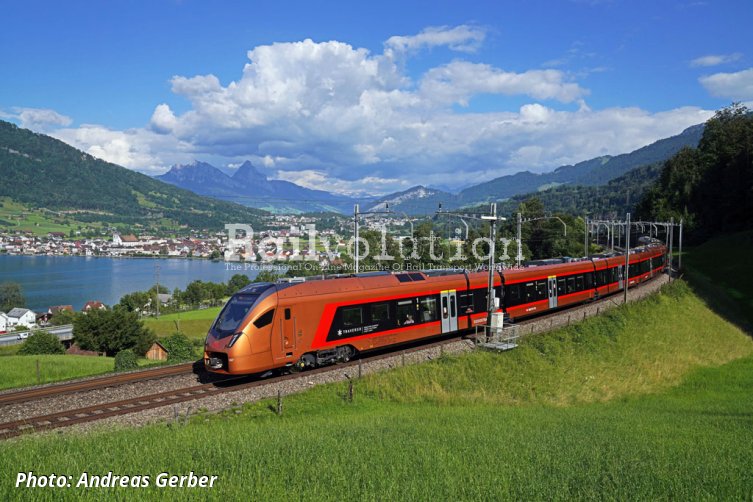 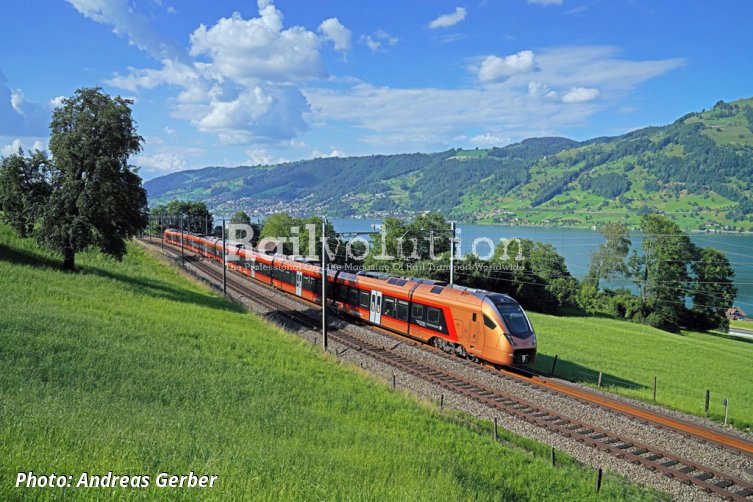 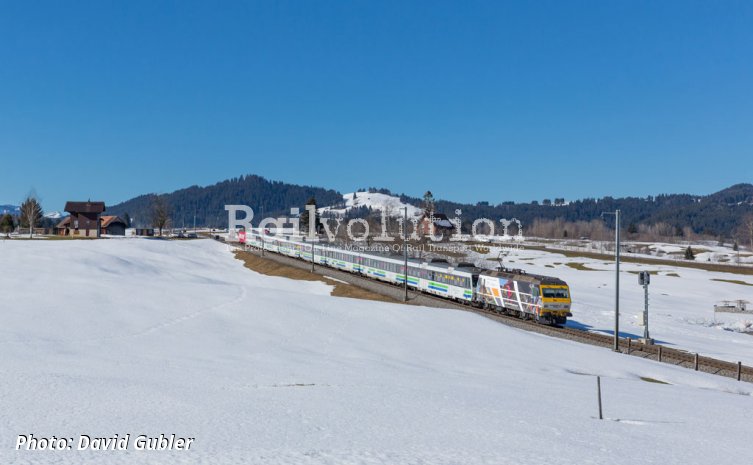 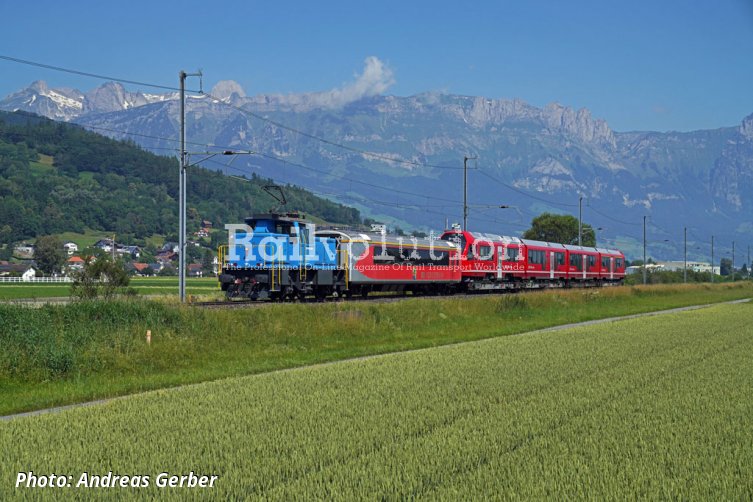 Since the 15 December 2019 timetable change all old SOB vehicles on the Voralpen-Express (VAE) services have been replaced by six new eight-car Class RABe 526.1 FLIRT EMUs.

Voralpen-Express between Luzern, Arth-Goldau and St. Gallen (125 km), have been provided using a mix of four Class Re 446 and six Re 456 electric locomotives topping and tailing rakes of seven carriages and five Class RBDe 561 Type NPZ (Nahverkehrs-Pendelzug - local shuttle service train) powered end cars, one at each end of a rake of six carriages. Most of this stock dates from the 1980s and some carriages are even older, so to replace it on 27 June 2016 SOB placed a 170 million CHF order with Stadler for 11 FLIRT EMUs. The six eight-car FLIRTs are designated Class RABe 526.1 and five four-car Class RABe 526.0.

Both types of train are single-voltage (15 kV AC 16.7 Hz) and have a top service speed of 160 km/h. The eight-car FLIRTs, exclusively branded Traversos by SOB, are designated RABe 526 101/201 to 106/206. The brand name Traverso, comes from the Italian verb „traversare“ - „io traverso“ means „I cross“. When they are service, the trains cross northeast Switzerland. They are 150,200 mm long, have a continuous power rating of 4,000 kW and a Bo’2’2’2’Bo’ + Bo’2’2’2’Bo’ axle arrangement. This means that they are essentially two mirror-image four-car formations, each with identical traction equipment and configurations to those of the four-car EMUs, this simplifying maintenance of the whole fleet. They have 291 second class seats (and 25 tip-ups) and 68 first class seats.

SOB chose to have its Traversos painted in a multi-hued copper livery, stating that copper would symbolise value and „the historical development of human society“. The first of them, RABe 526 101/201, was unveiled at Stadler’s IBS Erlen centre on 6 June 2018.

The four-car FLIRTs are designated RABe 526 001 to 005. They are 77,100 mm long, have a continuous power rating of 2,000 kW a Bo’2’2’2’Bo’ axle arrangement. 175 second class seats (and eight tip-ups) are provided in second class and 22 in first class. They are destined for suburban transport in the St. Gallen and Zürich area. If necessary, they are used on the Voralpen Express services during peak times.

SOB’s eight-car and four-car FLIRTs were built simultaneously at Bussnang, with the aim of having all ready for service in time for the introduction of the 2020 timetable on 15 December 2019. The FLIRTs were subjected to testing on several lines in Switzerland, between July 2018 and December 2019. On 6 May 2019, RABe 526 004 and 005 were the first to start regular service, at S-Bahn Zürich on the S40 Einsiedeln - Rapperswil and S13 Einsiedeln - Wädenswil lines. On 4 June 2019 SOB used Traverso RABe 526 101 for the first time on the VAE service. The last of the 11 new SOB FLIRTs was delivered in December 2019.

The Voralpen-Express are operated on an hourly basis (as they were until 15 December 2019) and their travel time between end stations is 2 hours and 15 minutes, as it was so until 15 December 2019. So far the capability of more powerful Traversos will be used to reduce delays in service, if necessary. But starting with the 2021 timetable in December this year the travel time of the VAE services will be shortened by 2 minutes.

Based on the agreement with SBB dated 7 July 2017, SOB is to take over IR service from SBB Fernverkehr on two routes:
- Zürich/Basel - Luzern - Bellinzona - Locarno (using the original Gotthard line) from December 2020,
- Bern - Zürich - Chur from December 2021.

The concessions for these two groups of services will remain with the SBB and are to be valid until December 2029, with the possibility of their extension. The agreement on this cooperation was signed between the two operators on 26 August 2019. Under this, in December 2020, at the start of the 2021 timetable, SOB is to take over the hourly service between Basel/Zürich and Locarno, which will be marketed under its Italian name - Treno Gottardo. 11 new Traverso Class RABe 526.1 EMUs are to be used here, these coming from the options of the 27 June 2016 Stadler contract.

The first option was taken up on 21 December 2017, for 11 eight-car Traversos for services over the Gotthard-Panoramastrecke. They will be used there under the common SOB-SBB brand, running at an hourly interval. These Traversos, RABe 526 107/207 to 117/217, are to be delivered between July and November 2020, to ensure start of regular service in December this year.

The new hourly service between Bern via Zürich to Chur will also be operated by SOB under SBB’s licence and marketed as Aare Linth - the names of two rivers in northern Switzerland, the Linth being a tributary of the Aare, which at 291 km is the longest named watercourse entirely within Switzerland. This new service is to start in December 2021.

While for Treno Gottardo services only the SOB Traversos will be used, the Aare Linth diagrams will be shared by both operators. SBB will use its FV-Dosto double-deck EMUs on working days, which will provide a higher passenger capacity at roughly the same train length, which is important given the construction work at Bern station, where platform lengths will be limited by the end of 2025. On the contrary, Traverso FLIRTs will be used on Aare Linth trains on weekends.

SOB sold in early 2019 its four Class Re 446 locomotives to EDG (Eisenbahndienstleister GmbH) of Thayngen, which is using them mostly in the freight transport. The first one was handed over to EDG on 9 December 2019 and the last one on 20 April 2020. SOB plans to find a similar solution for its six Class Re 456 locomotives.