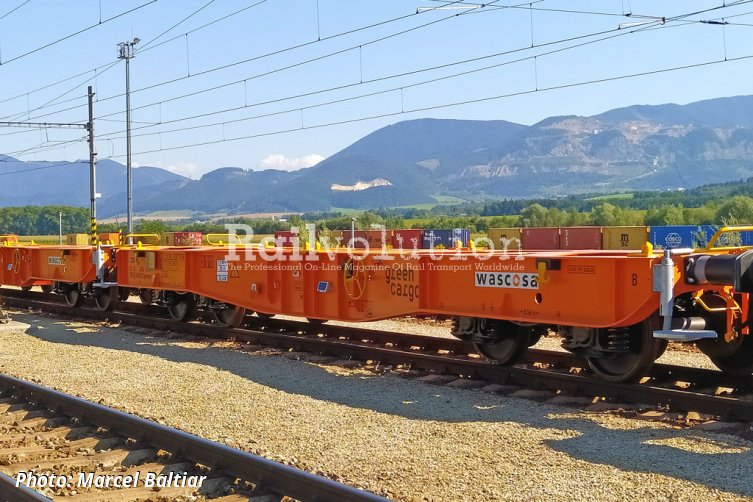 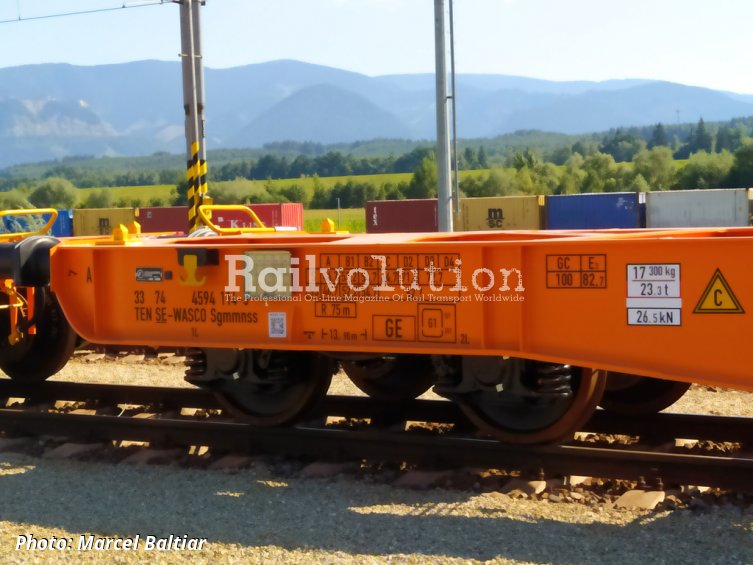 Tatravagónka completed deliveries of a batch of 40 Class Sgmmnss 41' wagons, whose customer is WASCOSA and which are to be hired to Green Cargo. This is another one Tatravagónka‘s design of platform wagon featuring higher longitudinal truss with a narrowed profile and more robust end sections. This concept already has a number of representatives in the manufacturer's portfolio, these being mainly the Sgmmnss 45', 48', 52' and 54‘ wagons which WASCOSA hires to BASF, as part of the latter‘s new logistics concept. Another examples of such design are 60-foot wagons which Tatravagónka delivered to Modalis, and 40-foot wagons for ATS.

In all the above cases, there are holes in the longitudinal truss to lighten the structure. However, the wagons for Green Cargo do not feature the holes, as these are designed for a 25 t axle-load and thus the structure needs to be more robust. Green Cargo will use the wagons to transport steel slabs on special superstructures, hence the combination of a high payload and short loading length.

The loading surface is in the usual height of 1,155 mm above rail top. The wagon is equipped with four pairs of mounting pins to accommodate loading units with a length of 20’ or 40’. Type Y25 Ls-K bogies without end beams are of own Tatravagónka production, equipped with the DAKO-CZ disc brake. The deliveries took place between August and October 2020, with the last batch sent on 14 October 2020.

The assembly of these wagons took place in ŽOS Vrútky, with some sections, such cross and longitudinal trusses in various stage of assembly, as well as complete bogies supplied from Tatravagónka. The companies are covered under join ownership structure, as Tatravagónka is 50/50 joint venture of Budamar Logistics and Optifin Invest, while Budamar Logistics also has a share in ŽOS Vrútky. Since 2019, final assembly of the wagons for WASCOSA/BASF takes place in Vrútky, too.