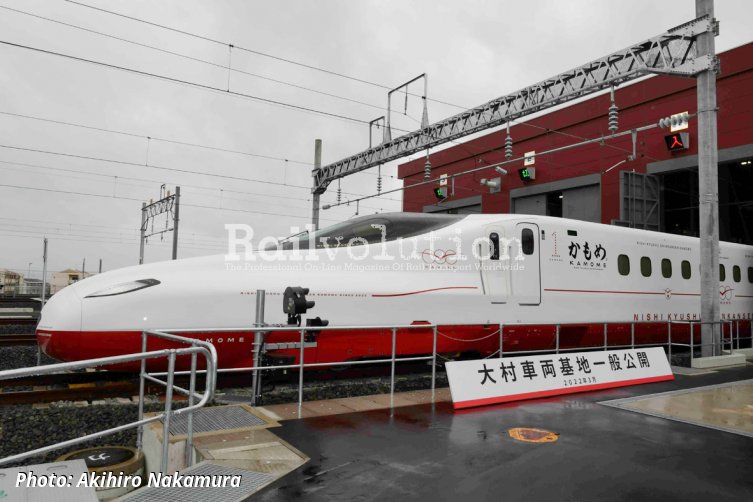 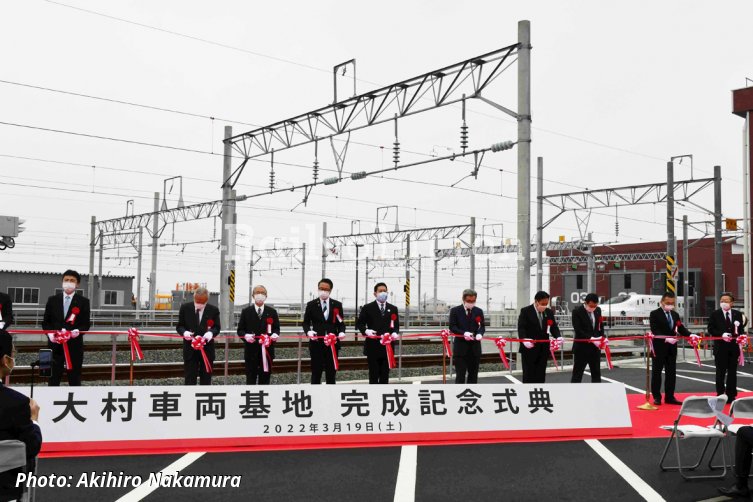 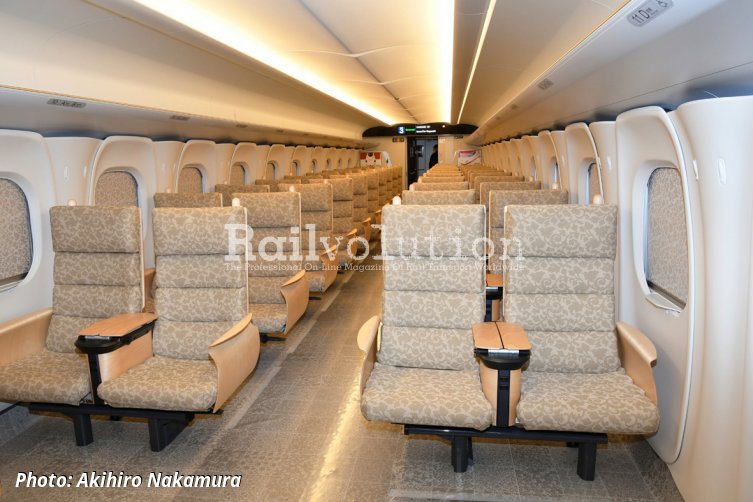 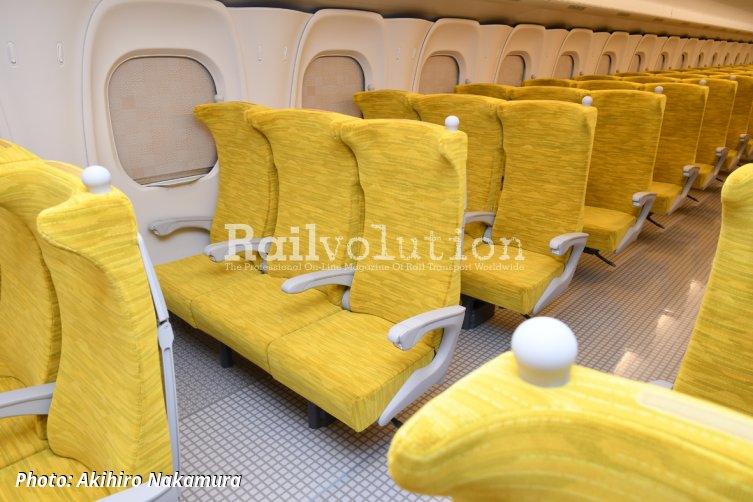 On Saturday 19 March 2022, in Omura on Kyushu island, a new Shinkansen depot on the new West-Kyshu Shinkansen (also known as Nagasaki Shinkansen) was inaugurated. The depot is for the new West Kyushu Shinkansen line to Nagasaki, which is scheduled to open on 23 September 2022.

The new 67 km long line from Nagasaki to Takeo Onsen will be isolated from the rest of the Shinkansen network. In Takeo onsen the passengers will need to transfer to a conventional 1,067 mm gauge limited express trains running between Takeo onsen and Hakata on Kyushu.

The depot opening ceremony was also an opportunity to introduce the new Shinkansen Series N700S EMU for first time completed and on the Shinkansen tracks. All cars were transported from the Hitachi works (see the introduction of the train there) on Honshu island to the location by sea.

The six-car Class N700S was named Kamome (the Seagull), as well as the service which new trains are about to serve. The Kamome’s maximum service speed is 260 km/h, and the trains are fed by 25 kV 60 Hz. The Kamome’s red livery and interior were created by Seiji Mitooka, designing also other trains of JR Kyushu.