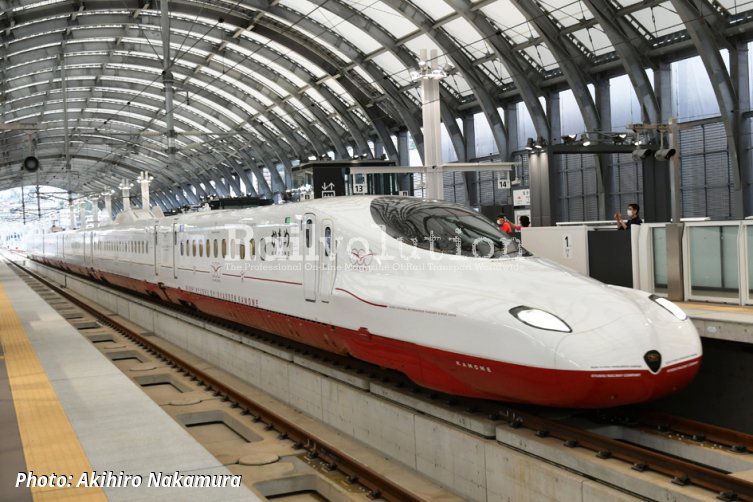 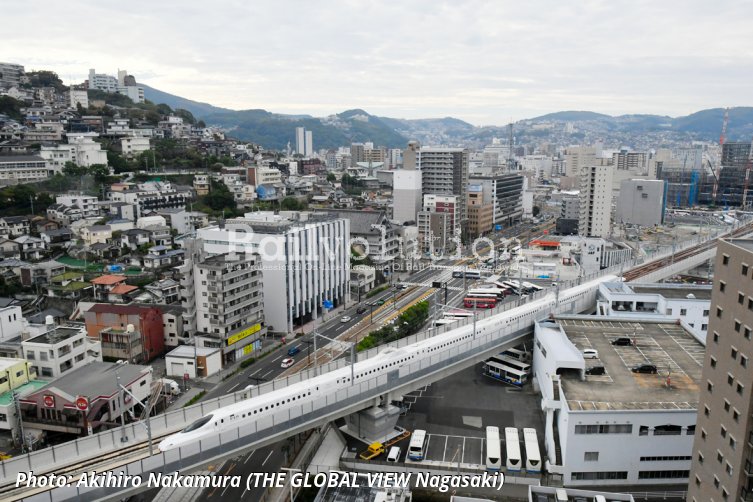 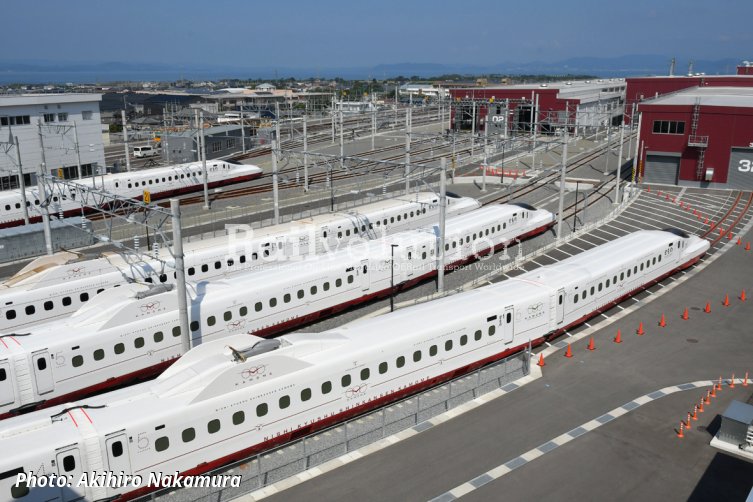 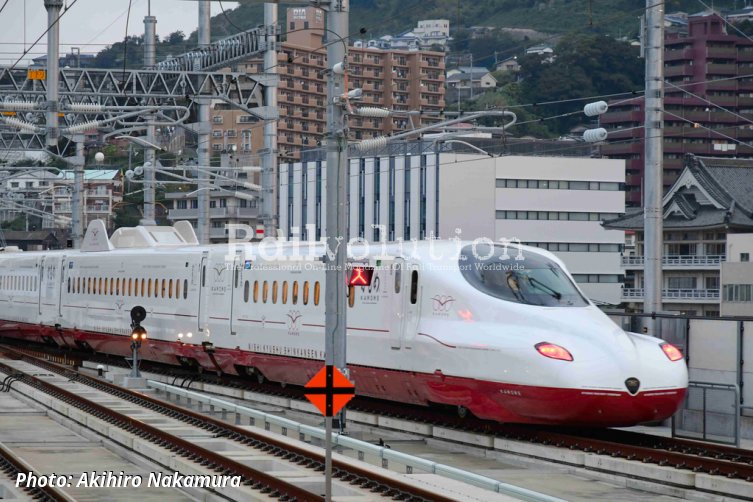 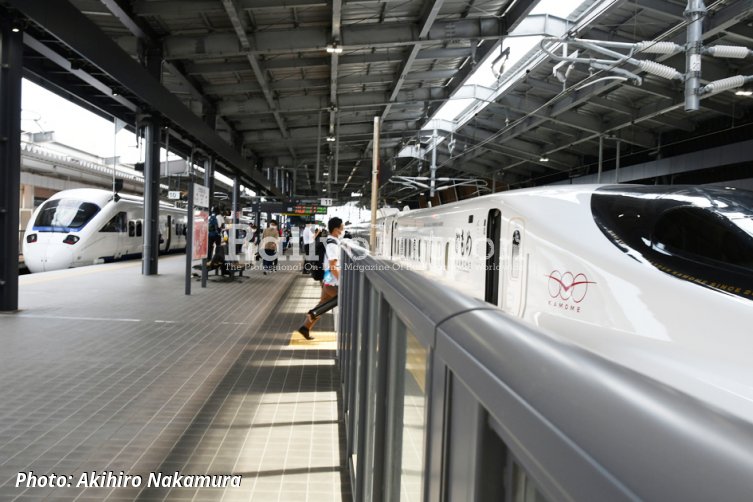 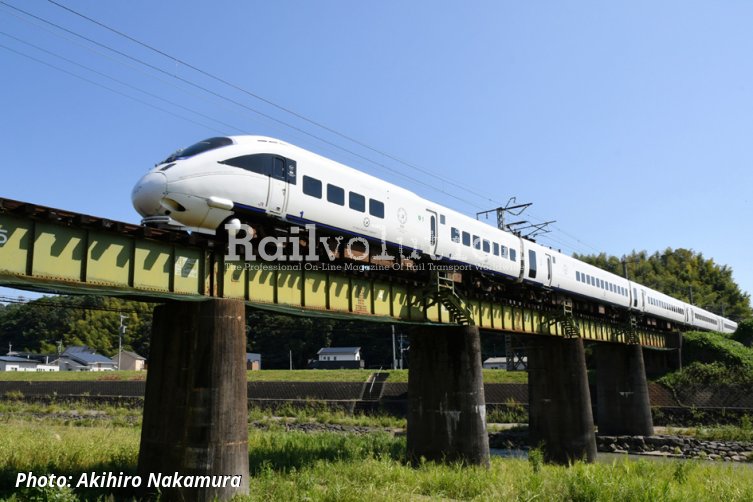 After years of preparations, finding the economical model and the construction, a new and from the rest of the Shinkansen network isolated high speed line was inaugurated on 23 September 2022.

The new West Kyushu Shinkansen line (Nishi-Kyūshū in Japanese) between Nagasaki and Takeo-Onsen, formerly known as Nagasaki Shinkansen, is only 66 km long and passengers traveling between Hakata and Nagasaki have to transfer to the connecting service in Takeo-Onsen station. The 1,067 mm gauge trains offering connection between Hakata and the new Shinkansen line are called “Relay” trains. The positive element of this system is that passengers can transfer between trains on the same platform in Takeo-Onsen, which is quite unusual configuration in Shinkansen network. The 66 km long high speed line cuts travel times by 30 minutes to 1 h 20 minutes. At the date the conventional through limited express services (called Kamome) operated by tilting trains was suspended and travelers are forced to switch to Shinkansen.

The plans for the remaining or missing part of high speed line between Takeo-Onsen and Shin-Totsu are suspended at present. There are still negotiation disagreements, the Saga prefecture does not agree with the high speed line. In recent years there were performed tests with the gauge-changing train using test high speed train FGT (free gauge train) with the conventional line loading gauge and able to run both 1,067 mm conventional lines and 1,435 mm Shinkansen lines.

During tests the concept was found not to be viable economically, it was pointed out that “free gauge” EMUs would be almost a twice expensive compared to the standard Shinkansen EMUs. The Saga prefecture is against basically because they do not see much traveling time reduction, which is only about 15 minutes. That is because the prefecture is much closer to the Kyushu Shinkansen Line (to Kagoshima).

JR Kyushu have purchased four six-car N700S trains, derived from the 16-car N700Ss, first developed for JR Central, inaugurated in 2020 and until then are used on services on Tokaido and Sanyo Shinkansen lines (between Tokyo and Fukuoka on longest routes). JR Kyushu has named them Kamome which means Seagull in Japanese. We have informed about the inauguration of the first train in Hitachi Kasado works which took place on 22 December 2021.

The trains then were transported over the sea to Kyushu, to the Omura depot which have a capacity for six trains. The train capacity is 396 passengers. It consist from powered cars only, it also has Lithium battery on board which can be used as emergency drive in case the train is stuck and cantenary cannot be energised due to the damage by earthquake for example.