TMH Delivered Over 220 Coaches To Egypt 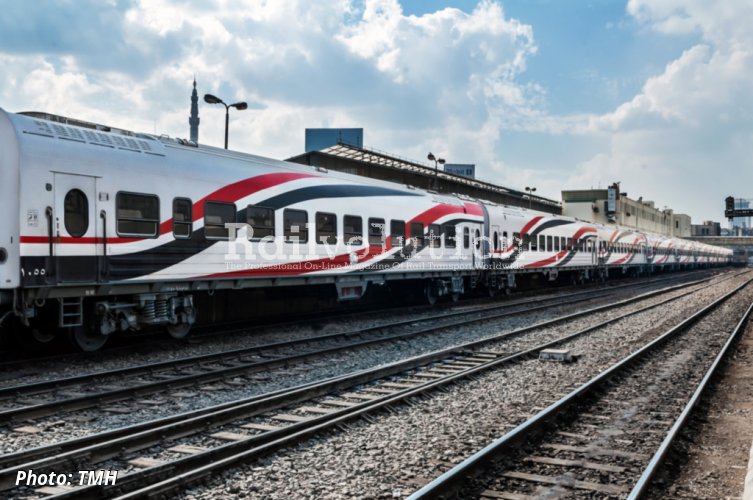 In 2020, TMH fulfilled its delivery plan to the Egyptian National Railways with 226 third-class passenger cars with dynamic ventilation delivered from Tver. The December shipment of 19 coaches reached Egypt on 7 January 2021. Today, 207 coaches already operate on the Egyptian network.

The contract for 1,300 cars awarded by ENR in September 2018 entered into force in May 2020, after the financing agreement was concluded between Hungary and Russia in December 2019. This agreement includes 51 % of Hungarian content. In June 2020, TMH delivered the first coaches to Alexandria. Since July 2020, the company has been supplying 35 coaches every month. In late July, the coaches started to operate in regular service.

In parallel, TMH started to transfer the production from TVZ to Hungary, and organise the assembly line for the ENR coaches at the Dunakeszi factory, acquired in June 2020. The first four coaches assembled at Dunakeszi will be delivered in February 2021 to Egypt. ENR inspectors confirmed the readiness of the production and gave acceptance for this first batch last week during their visit to the site. The completion of the next six coaches is planned in February. Today, approximately 50 employees of Dunakeszi are involved in the ENR project.

David John, Chief Technical Officer at TMH International, said: „2020 has been a crucial year for the ENR project. It marked the launch of the batch production and monthly deliveries to the customer, in addition to the start of works in Hungary. This was a challenging year in the context of the pandemic, but we have managed to keep the high delivery tempo of one coach per day. We are looking forward in 2021 to launching the production of the second model of car equipped with air-conditioning”.

The contract also includes a three-year warranty period, conducted by TMH teams in Egypt in the Abo Ghates depot, which is in process of being completely refurbished and equipped for this purpose.