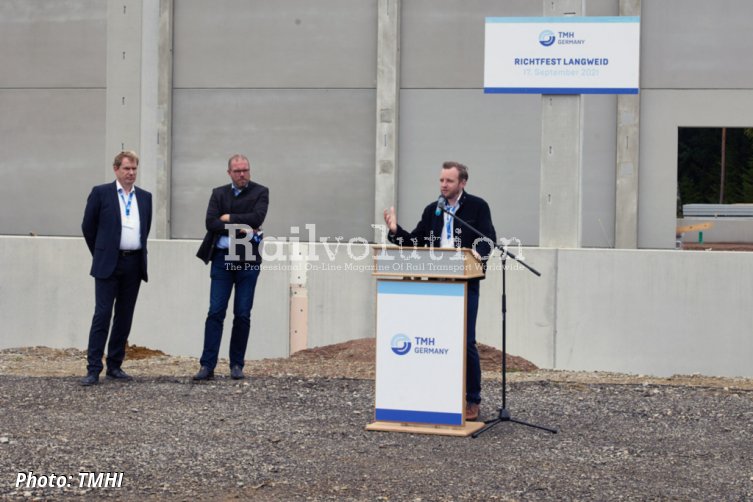 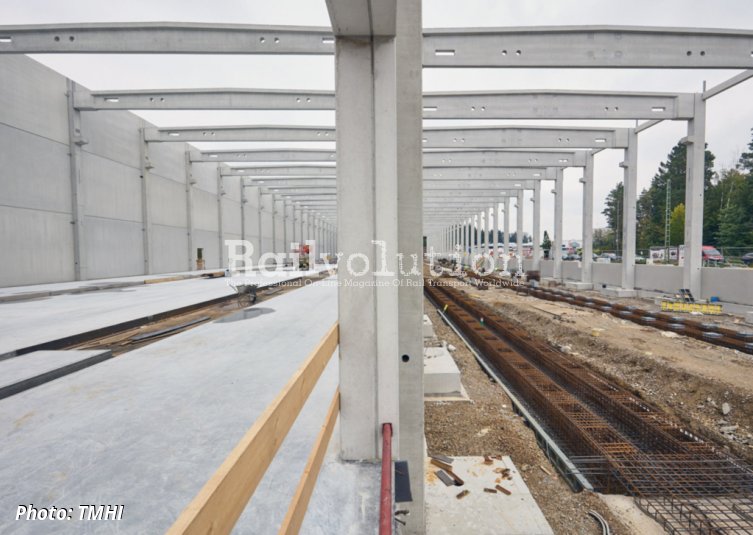 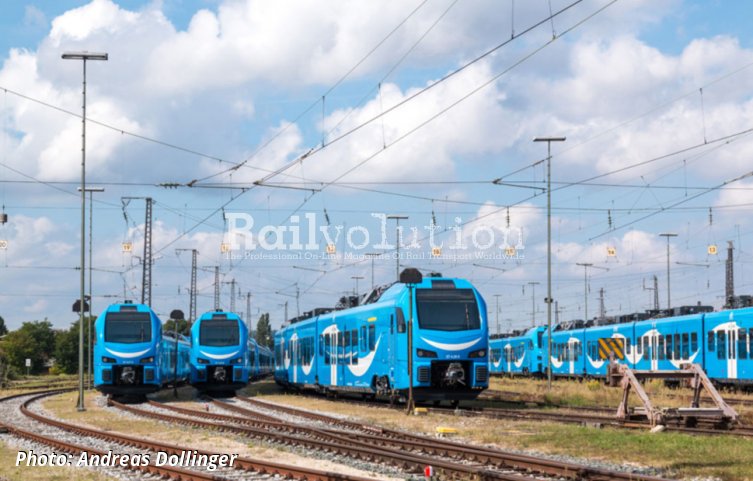 On 17 September 2021, TMH Germany celebrated the completion of a key construction milestone of the company's future maintenance center in Langweid am Lech with the topping-out ceremony. The company is investing more than 45 million EUR in the construction of a state-of-the-art services site for the regular maintenance of rail vehicles. After its completion in December this year, TMH Germany will maintain the fleet of 78 EMUs for Go-Ahead Bayern for the next 12 years, the fleet consisting of 22 FLIRT, 44 three-car Mireo and 12 five-car Desiro HC double-deck EMUs.

Klaus Hock, Managing Director TMH Germany, said: „It is a special day in the young history of TMH Germany. In December 2020, Go-Ahead Bayern entrusted us the light maintenance of its fleet. We are proud to build one of the most modern maintenance facilities in Europe for our customer, to ensure that the trains will transport passengers in the Augsburg region safely and on time.“

The construction of the depot is being realised with local construction companies, among others Eigner Fertigbau and Alois Miller Erdbau, ensuring additional indirect jobs. TMH Germany is also creating highly qualified and stable jobs. It already employs 26 people and is launching this week a new recruiting initiative in the region with over 20 new open positions. At full capacity, the maintenance centre in Langweid am Lech will employ up to 70 specialists. Beyond the maintenance contract for Go-Ahead Bayern, the Langweid depot will have further spare maintenance capacity for all types of rail vehicles, including third-party rolling stock.

Following the principle of so-called dynamic maintenance, the new depot will combine the latest technology with smart processes. A digital twin will be created for every vehicle, which will help to analyse the condition of all components prior it has even arrived at the depot. The new facility will also be equipped with a line for wheelset measurement. With the help of the maintenance software BOOM, the experts from TMH Germany will be able to record the wear of the wheelsets by means of a sensor-controlled measurement within seconds and plan all further maintenance steps in the depot on this basis. Thanks to an innovative Hegenscheidt system, it will also be possible to dismantle two wheelsets on a vehicle at the same time in four hours instead of one working day, increasing thus the availability of trains.

Dispute Over The GABY FLIRTs Resolved

There has been a dispute in recent months between Stadler Rail and Go-Ahead Bayern (GABY) over the maintenance of the FLIRTs. The core of the conflict was that the operator, which in September 2018 has ordered 22 four-car FLIRT EMUs for the München - Memmingen - Lindau line, since December 2020 electrified and forming part of E-Netz Allgäu (ENA), decided to outsource their maintenance to TMH International. An agreement was signed on 1 December 2020, but this was met with Stadler's displeasure.

On 6 May 2021, the latter officially stated that the existing supply contract with Go-Ahead prohibits the maintenance of the FLIRTs from being outsourced to competing train manufacturers. As a result Stadler refused to hand over the trains to the operator. Even in subsequent negotiations, the two companies were unable to bridge the fundamental differences in their perception of the situation. Go-Ahead was ready for further negotiations, but stated that to ensure the start of operations in December it was are preparing steps to secure replacement vehicles.

Finally, in mid-August, following repeated negotiations, an agreement was reached when Go-Ahead Bayern announced on the 18th of the month that Stadler would supply all the FLIRTs  for ENA. The first of them was therefore handed over to GABYin Augsburg, with the last FLIRT scheduled for delivery in October, so that the fleet (1428 024 - 045, or ET 4.20 - ET 4.41) will be ready for service in advance of the new timetable effective from 12 December 2021.