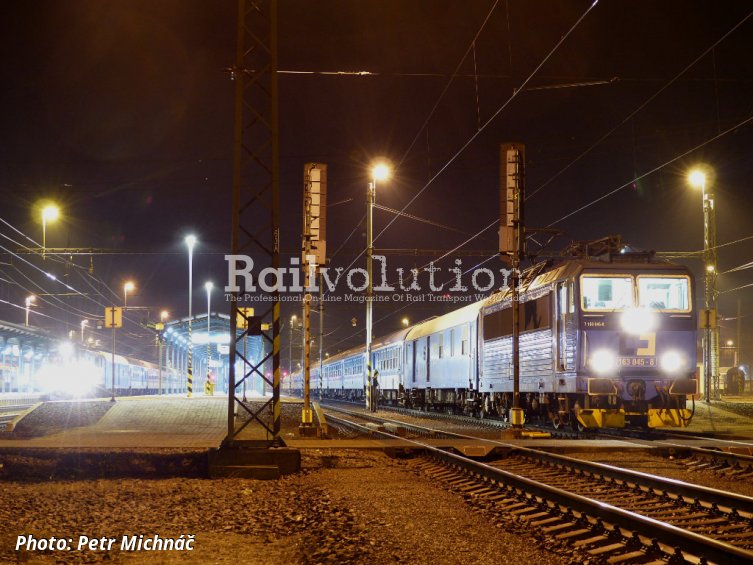 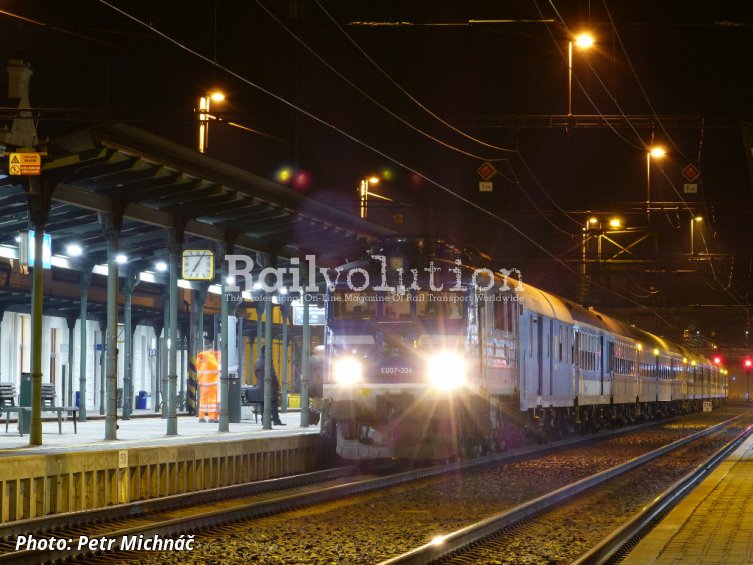 The Russian aggression against Ukraine, launched in the early hours of 24 February 2022, has also resulted in a humanitarian crisis in the invaded country. For this reason, neighbouring countries have started to provide all sorts of assistance, one of the steps being the dispatch of humanitarian trains. On Friday 25 February, ČD, in cooperation with PKP, the Ministry of Transport of the Czech Republic and other authorities, dispatched the first two specials from Bohumín to Przemyśl near the Polish-Ukrainian border.

They had a capacity of approximately 700 seats and were both of a humanitarian nature: on the way from the Czech Republic they were intended for people who would be returning to Ukraine urgently (either to visit their families or as a result of mobilisation), on the way from Poland they were intended for refugees from Ukraine. The rakeswere formed by 12 passenger cars and locomotives EU 07-324 of PKP IC and 163.045 of ČD Cargo.

The trains departed at about 20.00 at Chalupki. However, there was no one on board travelling to Ukraine, so only the conductors, Red Cross medics and a Czech Television crew were present. Several hundred litres of bottled water and 700 blankets for refugees were loaded, mainly for women and children fleeing war-affected areas.

Both trains arrived in Przemyśl at around two o'clock at night. The first return train left Przemyśl around at 09.00 and arrived in Bohumín with locomotive 163.045 at 15.35. It brought about two dozen Ukrainians. The original assumption of extending its route via Olomouc and Česká Třebová to Praha was eventually changed and the train ended its journey in Bohumín, from where Ukrainian citizens can travel for free on all ČD trains throughout the Czech Republic until further notice. In connection with the necessary journeys of Ukrainian citizens, ČD decided on Friday morning, 25 February, to provide free travel for holders of Ukrainian passports on all its trains throughout the Czech Republic.

The low use of the first evacuation train is related to the complications with travel in Ukraine and the long, up to seven-hour delays of trains from Ukraine to Polish borders. The situation was further complicated by a breakdown of the catenary between the Ukrainian border and Przemyśl on the morning of 26 February, which ruled out operations for a longer period of time. For these reasons, a train was also offered by ČD in cooperation with PKP for refugees going only to Kraków or Katowice.

Despite the low usage, the first train run was an important symbol and practical verification of the rapid response of all involved in the organisation of humanitarian aid. The experience gained will be used for other such trains; in any case, these first trains also ensured the arrival of the necessary humanitarian aid to Przemyśl. The second evacuation train has remained in Przemyśl for the time being for operational use depending on further developments and its use for transporting refugees within Poland was also discussed.

At the request of Ukraine and in cooperation with the Ministry of the Interior of the Czech Republic, ČD also prepared a third train for the transport of women and children from Ukraine. It departed on the night of 27/28 February, again from Bohumín, but this time in cooperation with ZSSK and UZ routed via Žilina and Košice to Čop in Ukraine. It will take material humanitarian aid there, and at the same time its ten-car train with a capacity of approximately 600 seats will enable further evacuation of people from the affected area. The third train was expected to return to Bohumín on Monday 28 February in the evening or at night.

The refugees are also using regular services, not only those of ČD, but also of RegioJet and Leo Express, as these operators have also allowed Ukrainians to travel free of charge in their trains. LE has also increased the number of buses from Mukachevo to Košice, where its trains connect to Praha. Slovak and Polish railways have also introduced free transport for Ukrainian citizens.