Transkontinentale Bahnverbindung 2.0 On The Silk Road 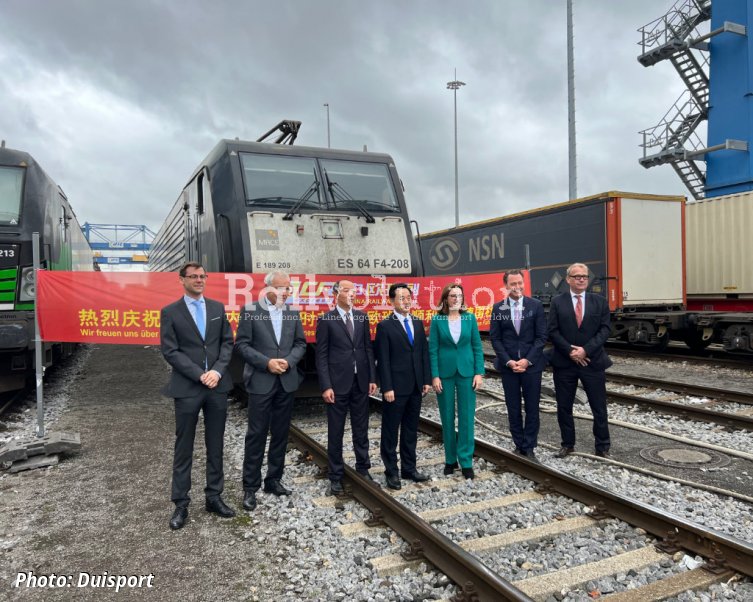 The train, forwarded by CR Express, departed from Xi'an on 26 October 2022, and was bound for Duisburg. What made this train very different from all the others which have run since the Silk Rail road was created in 2005 is that a fixed timetable was prepared, to facilitate the provision of connecting services, taking into account the need to loop the train to allow passenger services to overtake, and the time consumed by two break of gauge transshipments. Duisburger Hafen branded the train Transkontinentale Bahnverbindung 2.0 - the start of a new era in Silk Road rail transport.

Arrival in Duisport at Duisburg was at 03.55 on 7 November behind MRCE's 189 208, after a 9,908 km journey accomplished in 235 h 26 min - considerably shorter than the two weeks normally allowed for such consignments. The train was made up of 50 wagons with containers loaded with photovoltaic inverters, compressor, vacuum cleaners and other household goods. The train was fitted with BeiDou GPS locators, enabling recipients, operator and forwarder to observe its progress.

The train was routed via Kazakhstan, Russia and Belarus to Poland, entering Germany at Frankfurt/Oder, and the operator was DB Cargo Eurasia, with Duisport Rail responsible for 'last mile' movements within the Duisport logistics complex.