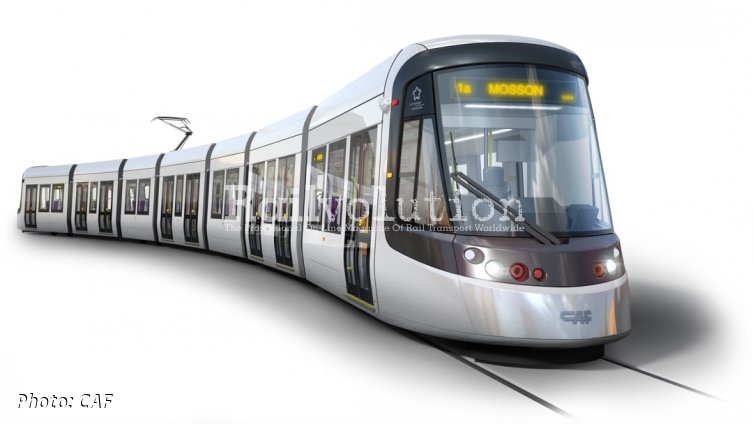 On 20 June 2022, the CAF Group has achieved further success in France on being selected to supply the new fleet of trams for Montpellier Méditerranée Métropole, a French metropolitan area located in the Occitania region, surrounding the city of Montpellier. This region encompasses 31 different municipalities, with a total population of close to half a million inhabitants. Specifically, CAF has been selected to execute the project to supply 60 trams, with the possibility of extending this number by an additional 17 trams in the future. The worth of this operation is in excess of 200 million EUR.

The trams will be supplied to Transports de l'agglomération de Montpellier (TaM), a public transport company that operates the four existing tram lines on the network, as well as the 36 public bus service lines and the city's bike-sharing system. The new trams are planned to run on Line 1 which connects the Odysseum shopping centre with Mosson, as well as on the new Line 5, which will soon be in operation, running through the towns of Lavérune, Montpellier, Clapiers, Montferrier-sur-Lez and Prades-le-Lez.

This contract forms part of the ambitious Transport Plan for one of France's most dynamic agglomerations. This plan is geared towards the gradual phasing in of free public transport, with the goal of substantially improving the quality of life in the city as well as countering climate change by implementing a more efficient and sustainable means of transport.

The base contract covers the supply of 60 CAF Urbos seven-car trams, and it is the largest tram contract in France so far this year. This corroborates CAF's firm commitment to the French market, where it has undertaken a significant number of contracts in recent years. Noteworthy amongst these was last year's contract as a consortium to supply 146 EMUs for the Paris RER B commuter line, operated in conjunction between RATP and SNCF, the contract for 28 regional trains with an option for an additional 75 trains for SNCF, the projects to supply trams for the cities of Nantes, Besançon and St. Etienne, as well as the refurbishment of the train fleet on the Lyon metro system's D line.

Finally, lest we forget, CAF is currently in the final stages of taking over the Alstom’s Reichshoffen works, in the French region of Alsace, adding the capacity to CAF's existing operations at the Bagnères de Bigorre works.